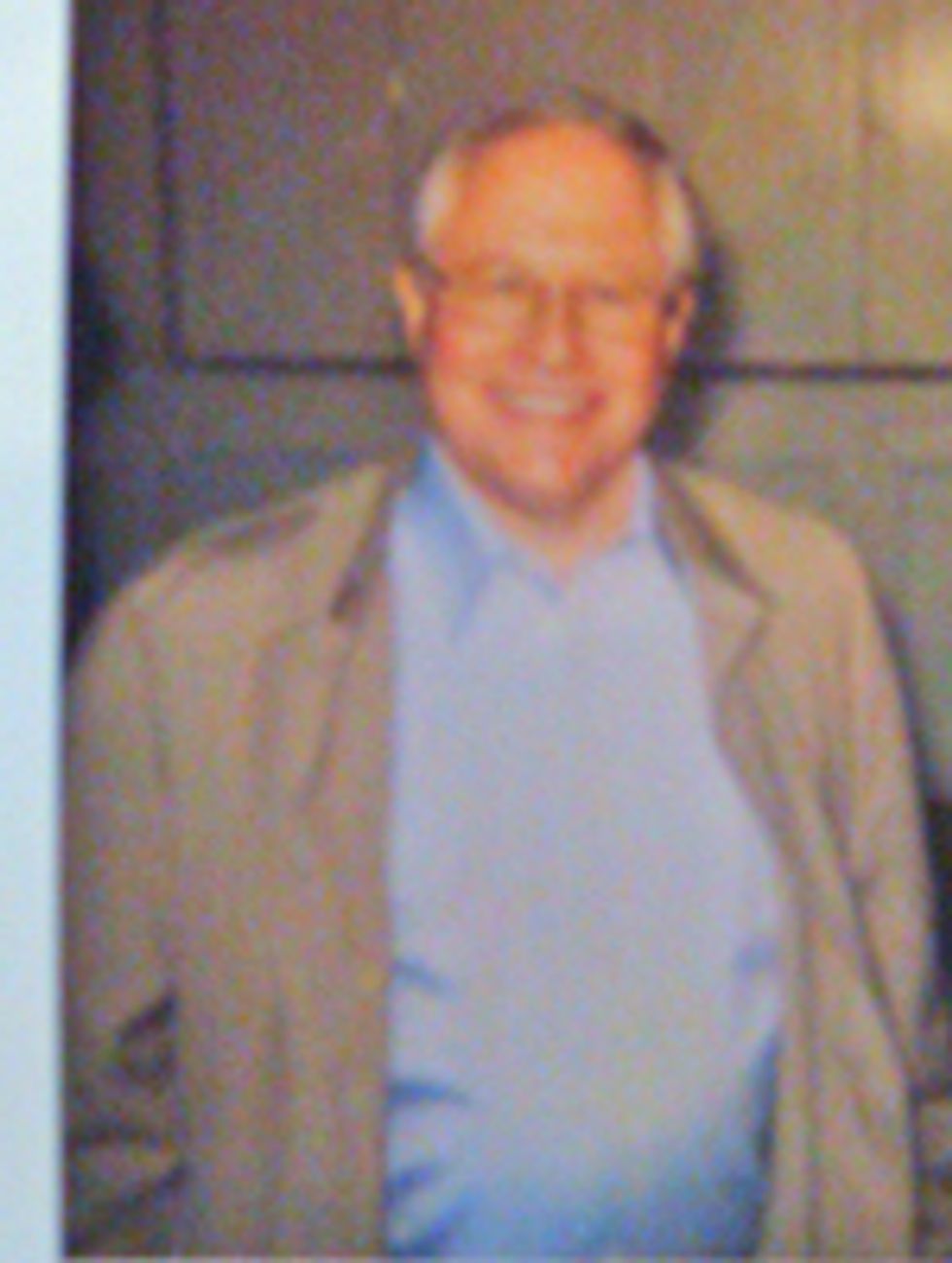 HA HA HA we finally readNew York Times "lightning rod conservative" Bill Kristol's column from yesterday and the tears, the tears are STREAMING down our face from equal parts agony and hilarity. It's clear that he's not even writing this column anymore; he's just paying a local donkey to google a few articles and slap something Kristol-y together, like, uh, how's this work: Dick Cheney is good because he isn't Rod Blagojevich, as prophesied by Rudyard Kipling, fart, the end.

O.K., O.K. ... you don’t have to. But consider this exchange with Chris Wallace on “Fox News Sunday”:

WALLACE: Did you really tell Senator Leahy, bleep yourself?

WALLACE: Any qualms, or second thoughts, or embarrassment?

CHENEY: No, I thought he merited it at the time. (Laughter.) And we’ve since, I think, patched over that wound and we’re civil to one another now.

No spin. No doubletalk. A cogent defense of his action — and one that shows a well-considered sense of justice. (“I thought he merited it.”) Indeed, if justice is seeking to give each his due, one might say that Dick Cheney aspires to being a just man. And a thoughtful one, because he knows that justice is sometimes too harsh, and should be tempered by civility.

"Indeed, if justice is seeking to give each his due, one might say that Dick Cheney aspires to being a just man."

Now it's obvious that Bill Kristol's donkey only wrote this to get bloggers all huffy and worked-up. We respect that, truly, and so we'll buy in. And what the donkey has told us here is, Dick Cheney has a "well-considered sense of justice" because justice hinges on what Dick Cheney thinks is just. In other words, if Dick Cheney does it, it is fair, because he is Dick Cheney, and Dick Cheney is just. Numerous Bush administration legal memos have used this logic almost verbatim, give or taken a few conjuctions and prepositions.

Then Kristol's donkey decides to write about Rod Blagojevich:

Blagojevich is even more terse: “I want to make money.” And when an opportunity came along — a vacant Senate seat — he didn’t sit around studying polls and consulting focus groups. He got to work. He knows — as Americans have always known — that the good things in life aren’t free. As he put it eloquently in discussing the vacant Senate seat, “I’ve got this thing, and it’s [expletive] golden, and, uh, uh, I’m just not giving it up for [expletive] nothing.”

It’s also nice, in this day and age, to see an example of family togetherness and marital harmony. Rod and his wife, Patti, seem to be in accord on so many things. For example, in a disinclination to turn the other cheek. During a Nov. 3 telephone conversation between Blagojevich and an aide about a hostile Chicago Tribune editorial, Patti was heard in the background urging a receptive Rod to punish the corporation that owns The Tribune and the Chicago Cubs: “Hold up that [expletive] Cubs [expletive] ... [expletive] them.”

Ah right, we remember reading this information at some point, but who knows where... oh that's right, it was on every website and newspaper and teevee channel for several days, two weeks ago. New York Times op-ed page! Best real estate in the market!

The donkey kills off another seven lines of the column by quoting the Rudyard Kipling poem that Rod Blagojevich read at his weird press conference last week. (Your associate editor admires the donkey in this regard. As any English major knows, there is no better way to meet a minimum page requirement than by block-quoting poems at inappropriate length. Good donkey.)

But Blagojevich carefully cut off his recitation before the stanza’s last line: “And yet don’t look too good, nor talk too wise.”

Blagojevich must have known he’d violated this maxim. He’d tried to look too good, coiffing his hair with a special brush he keeps with him at all times. (According to The Washington Post, he “goes ballistic when he can’t put his hands on it.”) More important, he’d talked too wise — especially when being bugged by the F.B.I. But you’ve got to give Blagojevich credit for a kind of self-knowledge in omitting from his statement the damning last line of the stanza.

I’ve never heard Dick Cheney quote Kipling. But I suspect he might like Kipling, and that Kipling would admire him — a man who has never gone out of his way to look too good, nor talk too wise, but who has always, in four decades of public service, sought “to fill the unforgiving minute/With sixty seconds’ worth of distance run.”

Perfectly woven together. There's a kernel of truth here! Dick Cheney really doesn't go out of his way to put on an appearance. Instead, he OPENLY BRAGS ABOUT CRIMES IN INTERVIEWS. And gets away with it!