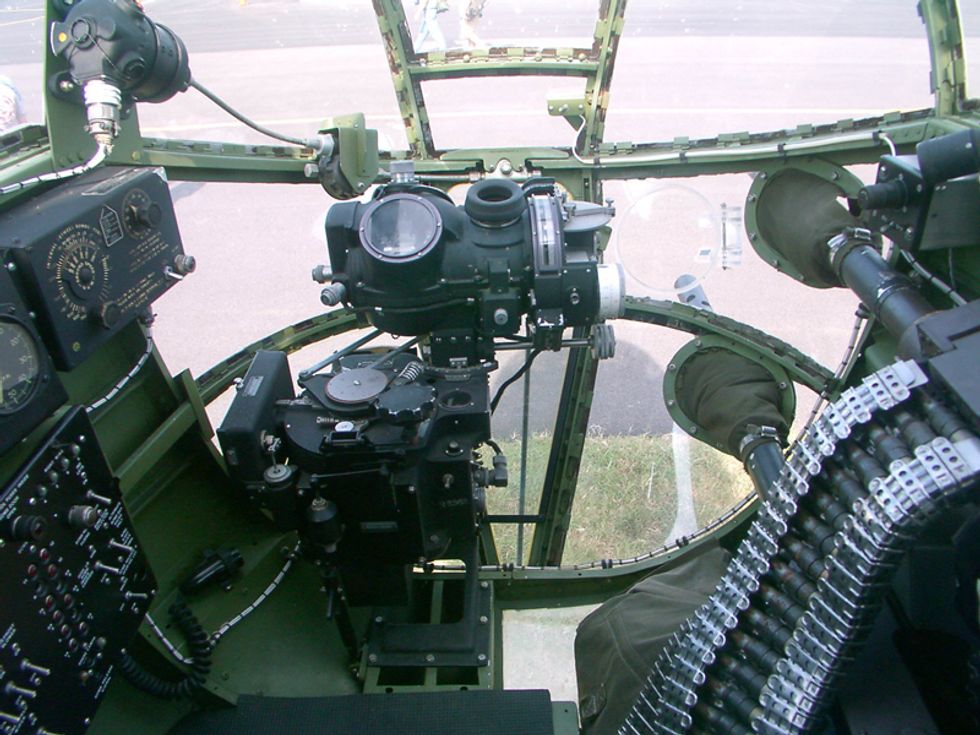 "Help who? Help who?" Yossarian called back. "Help who?"

Bill Kristol knows we always need to be bombing somebody -- how about ISIS this time? -- but he can't see the point of wasting all this time talking when there are bombs just lying around waiting to be dropped. In a chat with Laura Ingraham on her radio show, Kristol had little patience for all this stupid planning and caution, and said it was time to get to it. Ingraham said that while sure, maybe "previous administrations" may have caused the current mess in Iraq, she just can't stand "doing nothing."

“Intellectuals overthink things,” he said. “We allied with Stalin in World War II, and helped create the captivity of Eastern Europe, you could argue… We got involved in Afghanistan to bring down the Soviet Union and probably helped create, indirectly, some of what came about in Afghanistan and ideas that led to 9/11. That’s life. Maybe we could have been cleverer in all these cases, but often, when you mess around in the real world, you have unintended effects and some of them are bad.”

Honestly, that's just something that happens. No reason to spend too much time over-thinking things just because you're all worried about creating the next great threat to America. Hell, if giving arms to the Mujahideen creates an Osama bin Laden, so what? Deal with him later, like when he brings down the World Trade Centers. You can't anticipate every little glitch. It's time for action:

“We’re underestimating the ability of what the use of force -- even from the air, even with some people on the ground to help out — how much that could do [...]

"Someone said on a panel with me, 'We can't just bomb. We have to really think about this and have a long debate and discussion.' You know what? Why don't we just [bomb]? We know where ISIS is. What’s the harm of bombing [ISIS] at least for a few weeks and seeing what happens? I don’t think there’s much in the way of unanticipated side effects that could be bad there. We could a lot of very bad guys.”

And who cares whether we get the leaders? We'd still have killed some terrorists, or somebody at least, so as long as we're killing some Muslims, what's the downside? "What's so terrible about that? I have a slightly simple-minded view of this, but when you're dealing with an organization like this, the main thing they have to learn is that their lives are in danger, they're not gonna win."

Yep, that's one thing we know for sure about Muslim extremists -- they just hate the very idea of dying for their cause, and if they see others dying in American air raids, they usually just give up terrorism and go back to farming. Problem solved, just like all the other times Bill Kristol's been right.

Heck, let's drop the Big One, and see what happens.