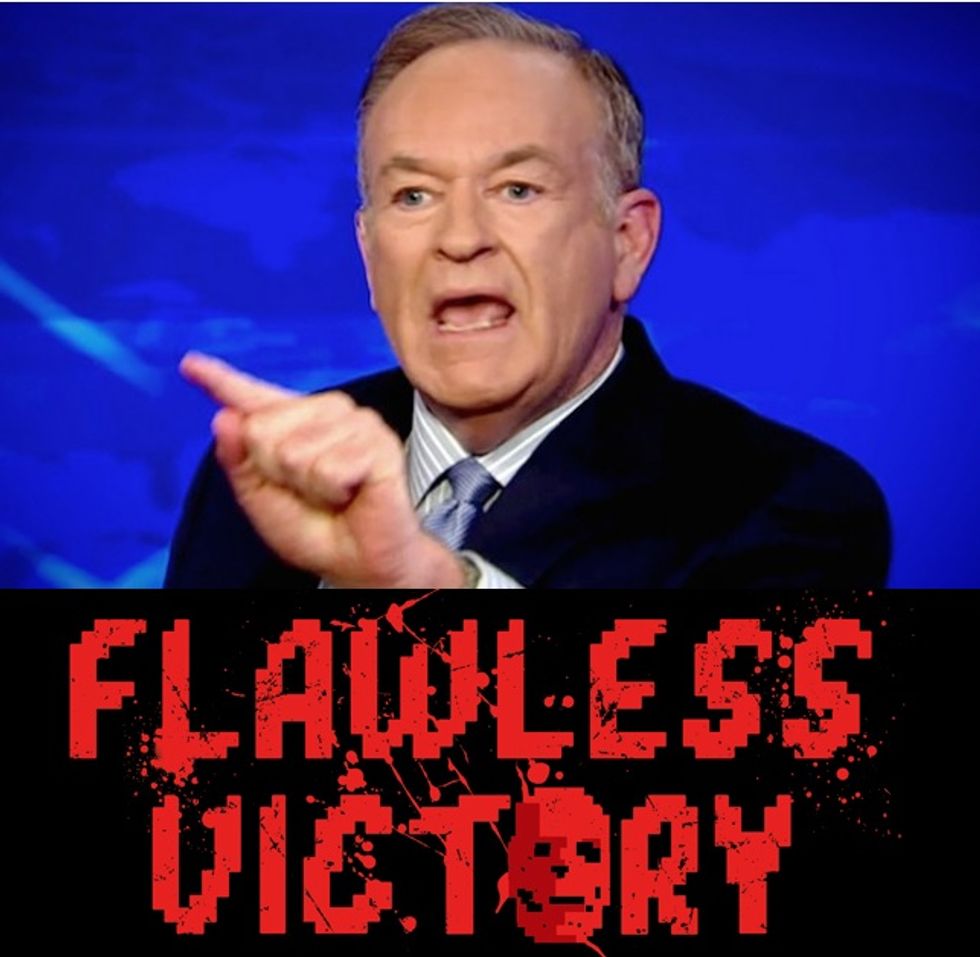 Fox News Walking Ego Bill O'Reilly had a little chat with his own network's Media Buzz Sunday, and told host Howard Kurtz that the lamestream media doesn't bother him anymore, because he has WON against them.

"At first they tried to destroy me," he told host Howard Kurtz. "They couldn't. They failed."

But he was strong. He was invincible. He was Bill Freakin' O'Reilly, impervious to opposing opinions, facts, shame, or mockery. He's got a persona to act out, and by god, he WILL act it out. And people will buy his goddamn books. And he is definitely going to get that 25,000-man mercenary anti-terrorist army any day now, too.

Also, Bill O'Reilly is such a mensch that he's even good for other programs, because he is Bill Goddamn O'Reilly, ratings draw:

"I bring ratings to those shows," he continued. "When I go on Letterman or I go on the morning shows, their ratings go up. That's why they have me on."

But that's not why he goes on The Daily Show, oh no. He's not giving anything of himself to Jon Stewart. Stewart senses O'Reilly's power and he seeks his life essence. Bill O'Reilly does not avoid Jon Stewart, Mandrake. He is willing to go on Stewart's little show with its audience of stoned slackers. But he does deny Stewart his essence:

"I go on his show just to amuse myself, just to smack him around here and there," he said. "Because who else is going to do that [other] than me?"

Do not ever change, Bill O'Reilly. You haven't so far, so we're pretty sure you will remain the magnificent untouchable stallion you have always been, you manly brute.