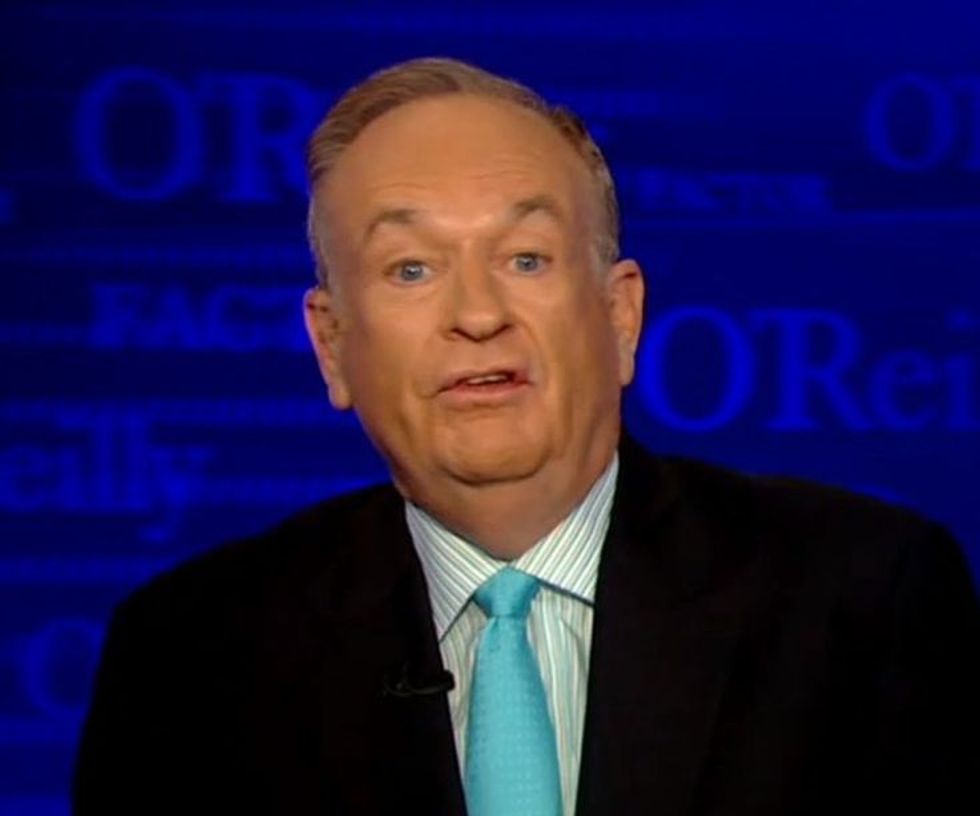 On Wednesday's "The O'Reilly Factor," Bill O'Reilly had himself a good kvetch about Black Lives Matter and how MAD he is that it even exists. Now he is accusing the movement of basically murdering people in the streets, because poor police officers are so scared they might actually murder an innocent unarmed black person that they cannot do their jobs. And what kind of way is that to live! What if a really dangerous black person is mixed up among all the innocent black people, and then they get away? Isn't it better just to shoot first and answer questions later?

The real problem, O'Reilly insists, is that there is "a violent subculture in the African-American community that should be exposed and confronted." THE OTHER PROBLEM, he says, is that Black Lives Matter is going around promoting a "false narrative" that police are hunting down black people, even though he is pretty sure they are not doing that. Also, they hate free speech because they shut down poor Breitbart wingnut Milo Yiannopoulos's chitchat at DePaul University ... with speech. Because freedom of speech means never interrupting a white dude!