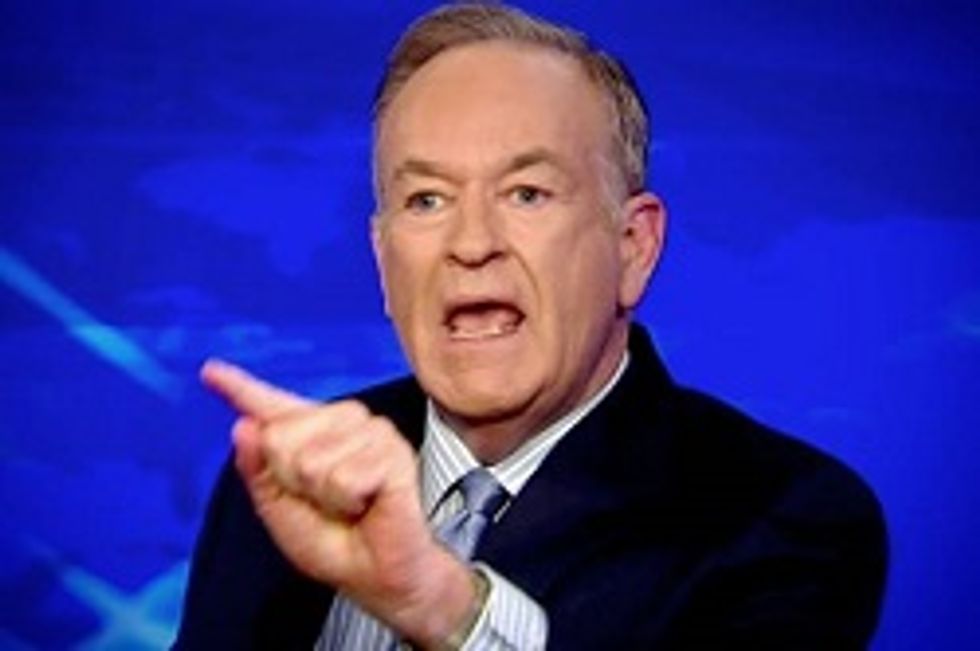 Giant forehead Bill O’Reilly got very upset with The New York Times this week because the Grey Lady’s editorial board decided to take a sane and rational position in favor of marijuana legalization. This upset old Loofah Bill because of the children, or the liberals, or The Blacks, or something. Bill’s not sure what he’s worked up about, just that if the Times is for it, he’s agin' it! We think.

It’s a good thing for his career and his bank account that Bill is a talk show host, because otherwise he would just be an angry old white guy spewing nonsense every evening in the bar of an Italian restaurant on Long Island while his wife and kids are enjoying her second marriage to an orthodontist in Chicago. As best we can tell after watching the above clip about 10 times, Bill is upset with the Grey Lady and the liberals because:

b)      The Left wants to legalize pot because smoking it is part of the culture of the ghetto, where even nine-year-old kids are sparking up bowls on every corner of the projects, and liberals do not want black kids getting caught up in the country’s racist drug-sentencing regime. We’re betting if Bill went to an actual ghetto sometime he might be as shocked as he was that time he ate at Sylvia’s in Harlem and couldn't believe all the patrons weren’t going all wrath-of-god Samuel L. Jackson every time they wanted their iced tea refilled.

c)      Bill thinks you cannot convince the Times editorial board that legalization would be bad because the editors can’t be influenced by any evidence that contradicts their ideology, which is a pretty fucking hilarious statement from a guy who thinks God is responsible for the tides going in and out and that science cannot answer the question of how da moon got dere.

d)      Bill seems to agree with his guest, anti-legalization advocate Kevin Sabet, that the last thing black communities need is another readily available harmful substance, since inner-city neighborhoods are already inundated with liquor stores and alcoholism runs rampant. We would submit that the presence of liquor stores is not the cause of alcoholism in the black community, merely an enabler of it. How legally restricting weed’s availability is a solution since even nine-year-old ghetto kids apparently have no problem getting their hands on it is one of those contradictions that Loofah Bill and his brainiac guest ignore. Probably because it conflicts with their ideology.

Can you imagine what it must be like to be trapped inside Bill O’Reilly’s noggin? It’s probably like Being John Malkovich, only instead of cute and whimsical, the entire world looks like a foreboding hellscape of hippies and black people shambling towards him, jaws agape, screaming like pod people, waving bongs and copies of Christopher Hitchens’ God Is Not Great while nine-year-olds in high fades and Air Jordans blow clouds of smoke in the air and threaten to steal his wallet.

Poor Bill. He should smoke a nice bowl, it might settle him down some.