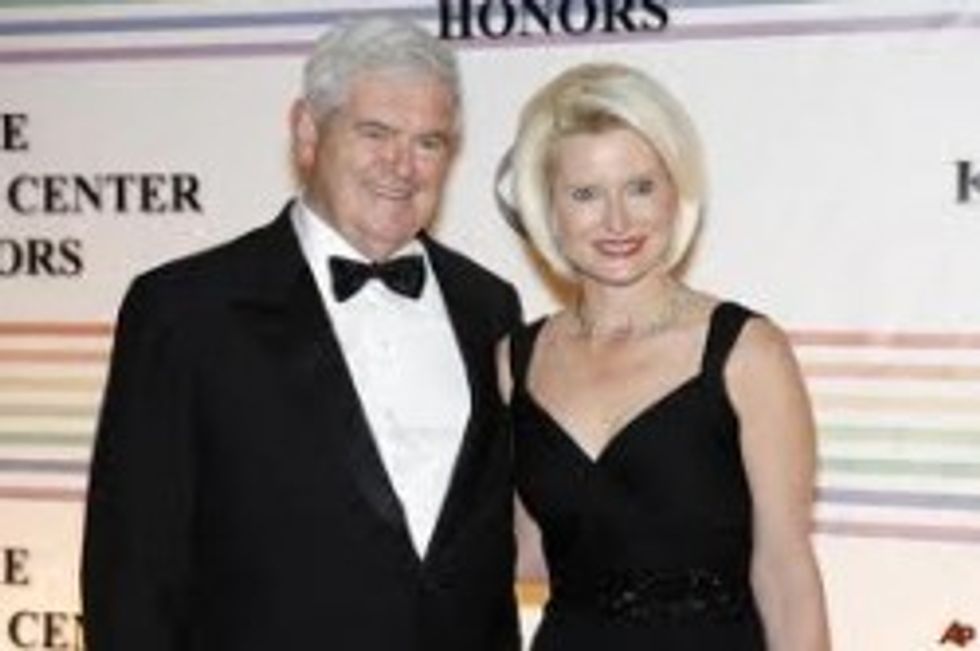 Newt Gingrich was in Dover having a meeting with 18 Delaware Tea Party leaders. At such a crucial moment in his campaign, he did what any potential chief in command would do. He talked shit about his former boss Fox News for divorcing him for Mitt Romney once he proved to be cancerous to the Republican party. TheyNewted him at his own game!

“I think FOX has been for Romney all the way through. In our experience, Callista and I both believe CNN is less biased than FOX this year. We are more likely to get neutral coverage out of CNN than we are of FOX, and we’re more likely to get distortion out of FOX. That’s just a fact.”

Gingrich used to work for Fox, but when Newt decided to dedicate himself to putting condos on the moon and running for president, they broke up. It isn’t right for Newt to be with so many others while Fox stays at home. Newt packed his stuff and left quietly, leaving only a rose on his side of the bed. Fox was never the same. Then Mitt came along and open wounds quickly healed and an explosive relationship began. Newt was mad that Fox moved on without him and let it be known.

Newt’s harsh words were triggered by a question asked from one of the local Tea Party leaders in regards to how he has been treated by ‘conservative media outlets.’ Newt took that opportunity to lay into Fox for being a slut after they broke up. It turns out Fox was a tempted lassie long before Newt.

Fox was just a lonely media outlet who needed some company after Newt and found a bare chested Mitt riding his Dressage horse along the beach. What’s a lonely evil media empire to do? Fox may seem like the victim, but there is history of this happening before. Fox used to date Rick Santorum and did the same thing to him leaving him frothing at the mouth!

Why does Fox keep dumping such eligible shit bags for Mitt? Newt thinks Rupert Murdoch gave in and finally went for looks and not personality. He said, "I assume it's because Murdoch at some point said, 'I want Romney,' and so 'fair and balanced' became 'Romney,'" he said. "And there's no question that Fox had a lot to do with stopping my campaign because such a high percentage of our base watches Fox."

Don’t worry about Newt. He wants everyone to know he is ‘friends’ with CNN now and has moved on. And as for Fox, Newt seems to be licking his wounds, but remains bitter about his ex.

"The only press events I go to are interesting dinners when the wife insists on it, so we're going to go to the White House Correspondents' dinner because she wants to. And we're actually going to go to CNN's table, not Fox."

That will show that fucking slut. [RealClearPolitics]