Bitters Kill Bear, Cover It With Obama Posters, What Is Wrong With People 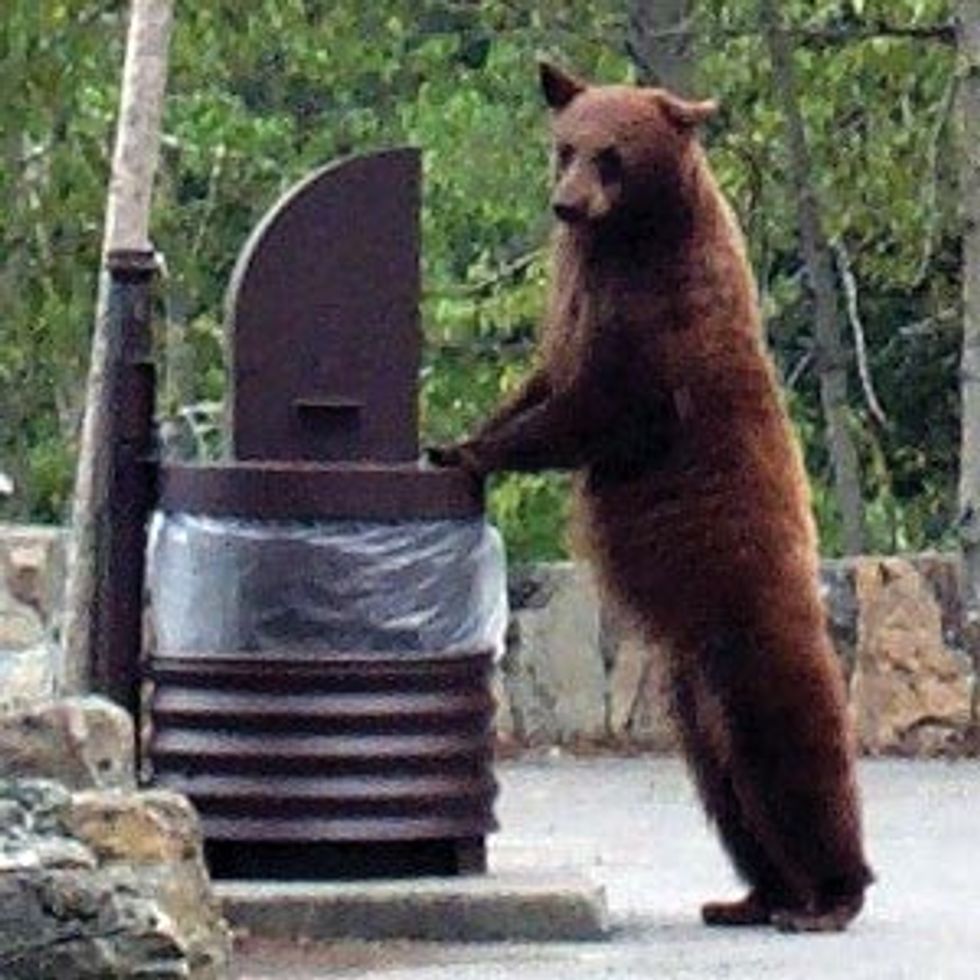 Here's a fun "treasure" map for everyone who wishes to know where thereal Bitters in this country dwell: take any wide East Coast state -- North Carolina, Virginia, Maryland, Pennsylvania, New York -- start at the ocean, move directly west through the beaches and the cornfields, then the cities and centers of commerce, the suburbs, the exurbs, more fields, and after a few hours you'll reach some foothills, and it is there, in any of these states, that you'll find places like Cullowhee, North Carolina, where dead bloody grizzlyblack bears [oh now we get it! -- Ed.] are left on college campuses and covered in Obama signs for no reason at all beyond meth, moonshine, racism, inbreeding, and a complete break with the unwritten rules of basic decency that supposedly govern a civilized society.

Cullowhee is immediately southeast of Great Smoky Mountain National Park, where there are bears EVERYWHERE, and so a couple of mouth-breathers found one and killed it and decided, "Right quick let's done put this bear on the fancy schoolgrounds with some dem signs of the teevee Mooslim all atop it like, haw haw haw."

CULLOWHEE – An Arden businessman is offering a reward today for information leading to an arrest in the case of a dead bear covered in Barack Obama campaign posters that was dumped at the entrance to Western Carolina University.