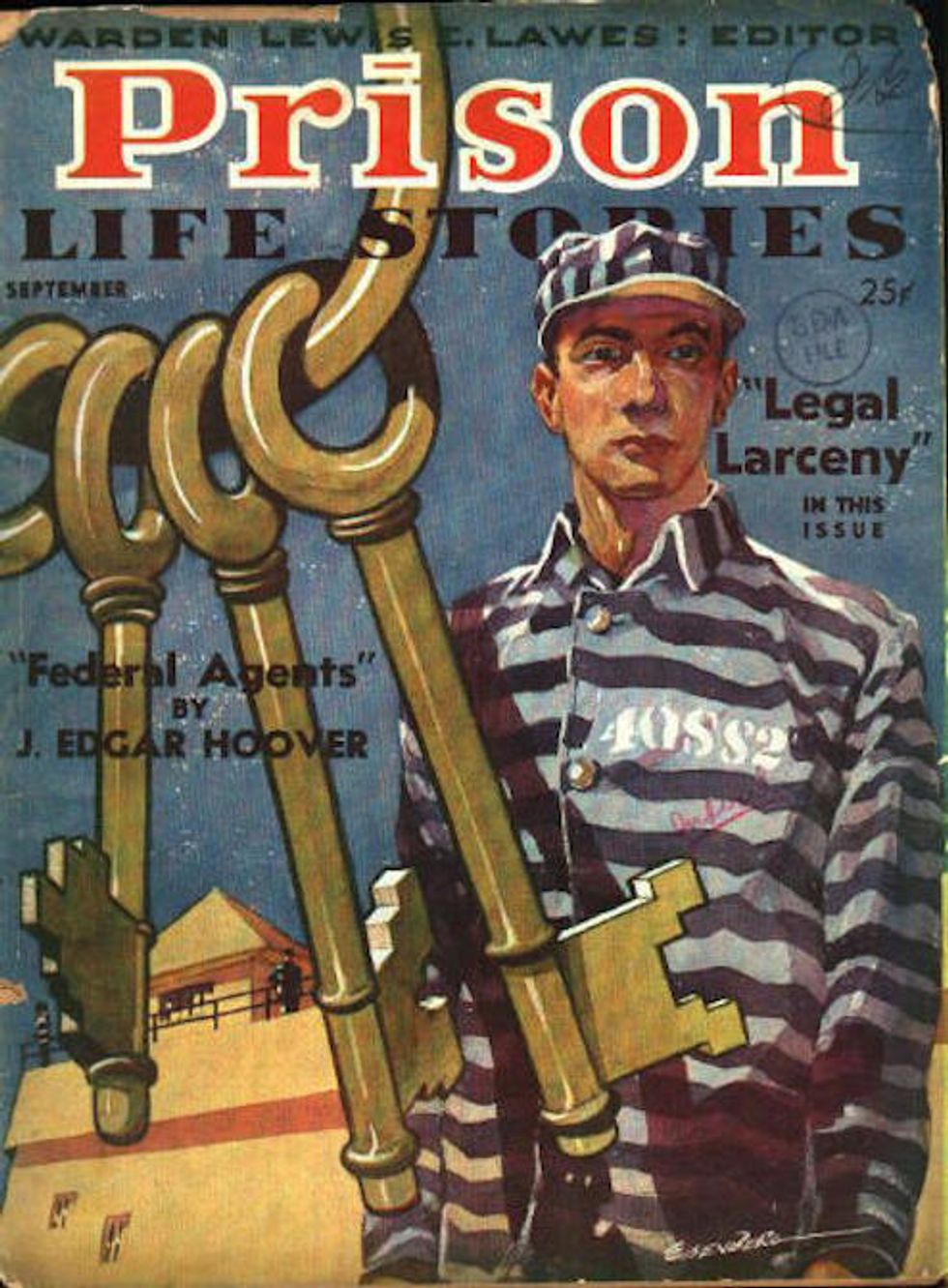 Did you watch the popular teevee show "Orange Is The New Black"? Of course you did, because if you didn't, all your friends annoyed you by talking about it endlessly on Twitter. After you watched the show, did you decide that wearing an orange jumpsuit would be the absolute sexxxiest thing you could wear? Probably not, because we have not actually seen people sporting jumpsuits of any color, likely because grown people find jumpsuits both silly and a bit bulky for everyday wear, particularly in summer. But Saginaw County Sheriff William Federspiel is pretty certain that it's time to trot out the old-timey black and white stripes because everyone has jumped on the orange bandwagon and Saginaw County needs to stay on the cutting edge.

"It's because as you see shows on television, like 'Orange Is The New Black,' some people think it's cool to look like an inmate of the Saginaw County Jail with wearing all-orange jumpsuits out at the mall or in public," Federspiel says. [...]

"It's not all across the country, but it's here in Saginaw. I see a lot of people wearing all orange, and they think it's cool. And some people even put 'Property of the Saginaw County Jail' on the back of it. I've seen that."

Man, Saginaw County sounds weird. Is it unusually cold or dirty there? Are most people employed in professions that cover them in grease from head to toe? Because otherwise we can't really figure out why people would be rocking jumpsuits at the mall.

Besides being deeply concerned about the fashion choices of Saginaw County residents, Federspiel is deeply committed to making sure that inmates never ever stop thinking about how they're scum.

"We're not trying to embarrass or shame them. It tells me something, though, when the inmates think that it's bad: It's probably good. We don't want them getting too comfortable, feeling like they're productive members of society, when actually when they're incarcerated, they're not."

Sounds like the people that do time in Saginaw County come out really well-equipped to return to society at large. Their self-worth is battered AND they now own uncool stripey jumpsuits instead of the awesome orange ones that all their former friends are wearing down at the mall. They've got no chance at all. They'll just cycle in and out of county jail forever, hoping they'll get their mitts on a cool orange jumpsuit again someday.