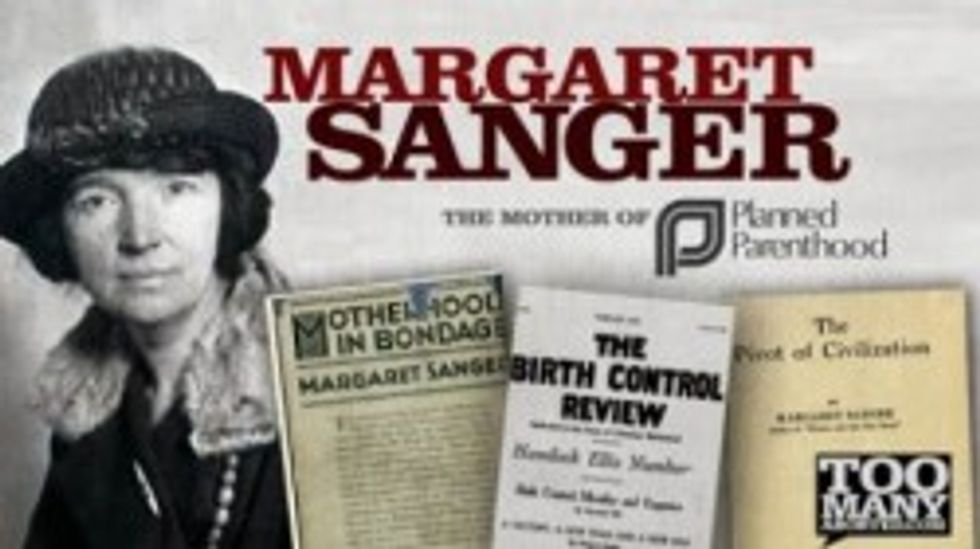 Hey ladies! Is there anything you like more than having dudes explain things about your womb-type parts to you? Probably not! You probably love it! You probably don't understand how things like reproduction and abortion work, because of having all those lady parts. People of color! Do you like having white dudes explain things to you about how your culture's gettin' all Holocausted because of the abortioning? Are you cool with straight up lies because they are way cooler than statistics? Of course you....wait...where are you going?

A group of black female lawmakers walked out of a fiery debate in the Florida House on Thursday over the state’s latest bill focusing on abortion. House Bill 845, which passed the Florida House of Representatives by a margin of 71-44 that day, stipulates that a doctor performing an abortion must sign an affidavit confirming it was not performed based on the race or gender of the fetus.

Pshaw. What would a bunch of black lady lawmakers know about babymaking that this old southern white dude wouldn't? Don't you understand? He is just trying to help people understand how they are getting genocided by the abortioneers:

“In America alone, without the Nazi holocaust, without the Ku Klux clan, Planned Parenthood and other abortionists have reduced our black population by more than 25 percent since 1973. This is called discriminatory targeting,” Van Zant said...

This particular portion of yr Wonkette is quite melanin-challenged, but we are willing to bet that generally African-Americans remain more leery of the Klan than of the fearsome tentacles of an organization that provides them with (HORROR OF HORRORS AMIRITE) things like yearly ladyparts examinations and birth control.

Perhaps people would have good reason to be skerrred of Planned Parenthood and all those other less large luminaries of abortioning if there was actually some vast abortion-wing conspiracy to target the blah people by camping out in their neighborhoods and roping passerby into abortions whether they want them or not, but turns out that just isn't true:

Van Zant also claimed that “race and sex selection abortion is prevalent throughout America, including Florida,” without specifying his sources.

It seems unlikely black women would abort their babies for being black, but maybe that is the hip new thing?

He also charged that, “80 percent of abortion clinics nationwide are located in minority neighborhoods where 43 percent of all black babies are aborted.”

As many as five black female representatives among a group of African-American lawmakers walked out in response to Van Zant’s statements.

Rebecca Wind, senior communications associate of the Guttmacher Institute, a pro-abortion research group, refuted his statistics on the locations of clinics where abortions are performed.

“In fact, fewer than one in 10 abortion clinics are located in predominantly African-American neighborhoods,” Wind wrote in an email to theGrio, referencing a 2011 study by her organization. “More than six out of ten are in majority-white neighborhoods.”

Now, to be fair, dude probably hasn't been within 10 miles of a minority neighborhood in his life, so might be tough for him to know what things actually reside there. No matter. Facts are stupid things, and should never ever get in the way of a good stem-winding bit of demagoguery. If state representatives can't trot out the Holocaust every couple of days, then the abortion terrorists have already won.