Black Lady Sent To Mental Hospital For Saying She Drives A BMW. Whatever, Crazy Lady! 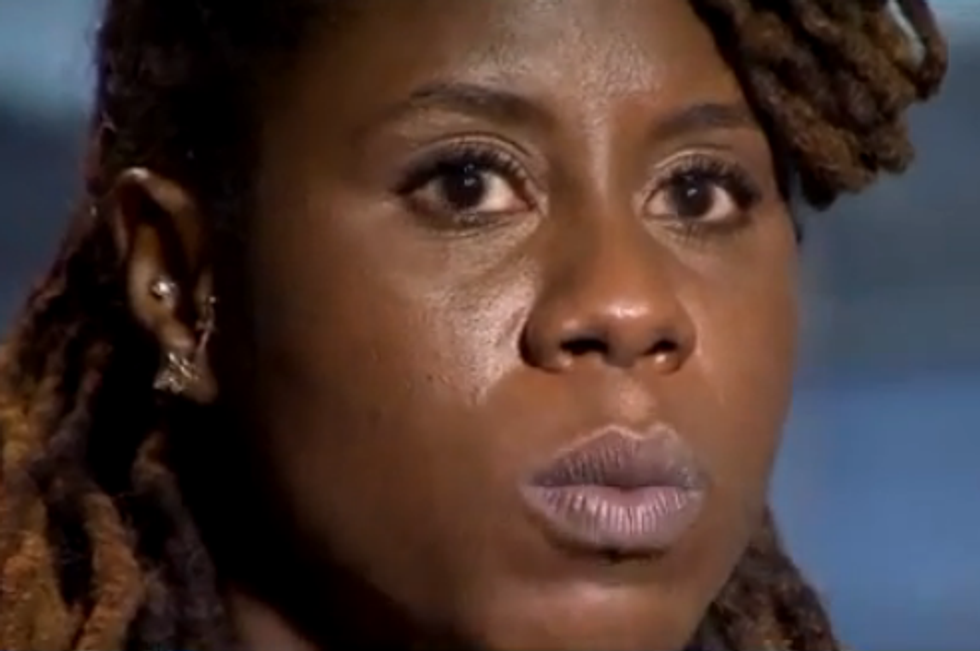 Oh hi, we are here with another dispatch from America, land of the Racism Is Totally Over, Yep, You Bet. It's a story as old as Phyllis Schlafly. Black lady by the name of Kamilah Brock ("Kam" for short) gets pulled over in Harlem for the violent road crime of dancing in the driver's seat while she's waiting for the light to change. Maybe she was doing the Nae Nae, like Hillary Clinton! Anyway, she was OF COURSE taken into custody, because you never know what a black lady is going to do if you let her go. (Sometimes, they're rushing off to care for their sick patients, because they are doctors!) Once police had kept her at New York City's 30th precinct for a few hours, they said "Bye!" and told her she could come get her car, a 2003 BMW 325CL, out of impound the next day. So she went back and got her car and took it home, and she never made the mistake of driving while black again, the end.

JUST JOSHING, THIS STORY IS SO FUCKED, OH MY GOD WHAT IS WRONG WITH THIS COUNTRY?

When she showed up at a police substation to get the car the next day, Brock said, "I just felt like from the moment I said I owned a BMW, I was looked at as a liar. They put me in handcuffs and said they just need to put me in handcuffs to take me to my car. And I said OK, whatever it's gonna take to get to my car."

We are too! Because instead of being taken to her BMW, Brock was taken to the mental ward at Harlem Hospital, because do you hear what this lady said? She said she has a BMW. (LOL!) She said she's a banker. (LIKELY STORY, LADY.) She said the president follows her on Twitter. (He follows a metric fuckbucket of people on Twitter, though we're curious how that detail came up.) And according to Brock's attorney, Michael Lamonsoff, all that stuff is true. (GIMME A BREAK, DUDE.)

Lamonsoff also said that Brock has no history of mental illness, which makes a person wonder why hospital staff felt the need to sedate her, give her lithium, or do this thing:

"He held onto me and then the doctor stuck me in the arm and I was on a stretcher and I woke up to them taking my clothes off, specifically my underwear," Brock tearfully recalled for PIX11's Nicole Johnson. "Then I went back out again. When I woke up the next day, I felt like I was in a nightmare. I didn't understand why that was happening to me."

And of course, just to make it extra fun, after eight days in the psych ward, she got slapped with the bill, $13,000 to be specific. Is she suing the city? Fuck yes she is. When the suit was filed earlier in the summer, the NYPD responded that at the time of the original stop, which happened last September and about which Brock is only now speaking publicly, she had been "acting irrational, she spoke incoherently and inconsistently, and she ran into the middle of traffic on Eighth Ave."

So, huh. MAYBE there's more to the story, but even then, boy howdy, that's quite a leap to go from a traffic stop on one day to being straitjacketed into the mental ward by the po-po the next day. Or maybe there's not more to the story and this is just another example of how good America's police are at serving and protecting black people.