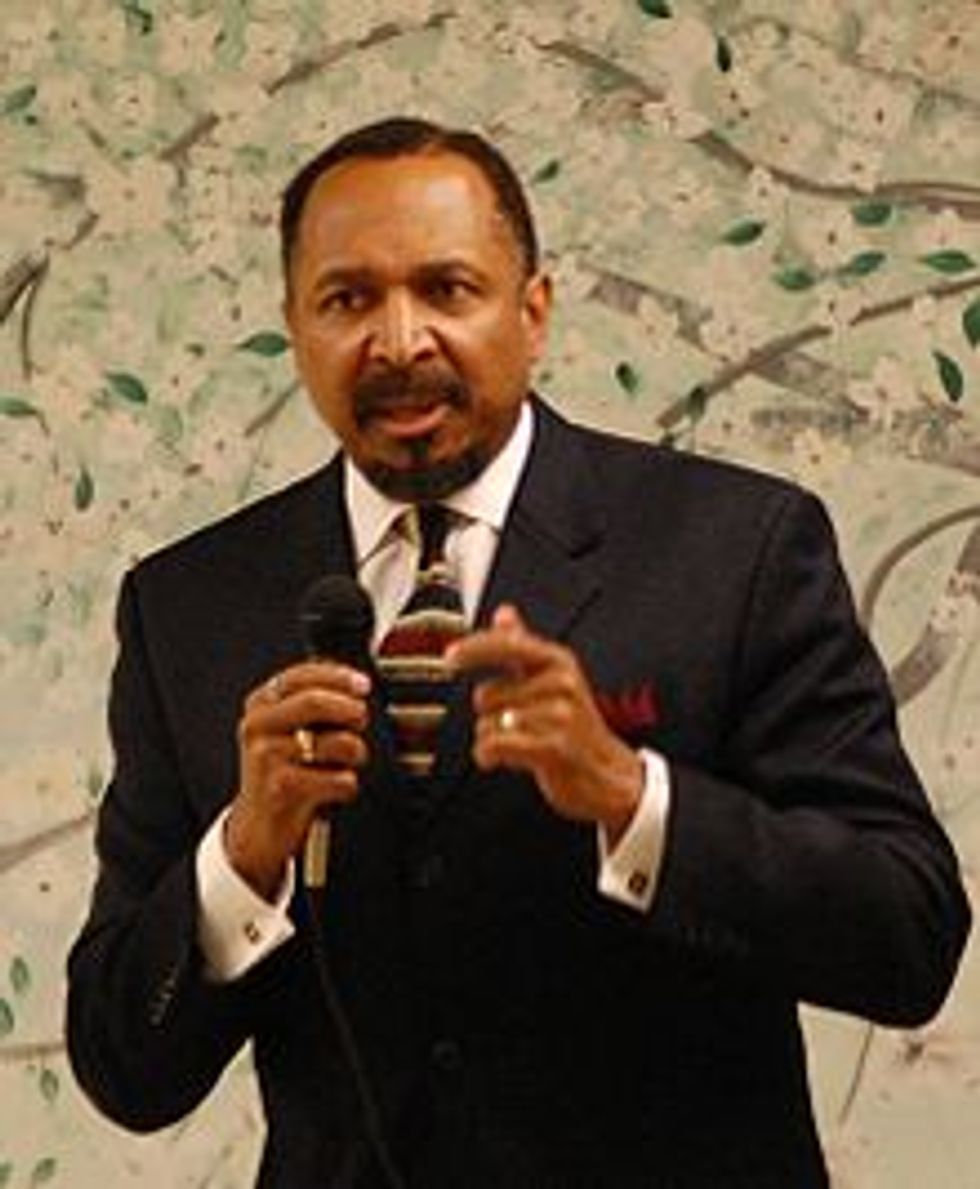 This week,we met E.W. Jackson, a conservative firebrand and Tea Party favorite who was nominated for Virginia's lieutenant governorcy by virtue of the fact that the GOP skipped having a primary election this year in favor of letting their hardcore dingbats do it up convention-styley. This is like if California Democrats decided to turn over their nominating process to a meeting of the Oakland Greens, but hey, whatever floats Virginia Republican penises.

In that fun getting-to-know-you, we learned that Bishop Jackson (if you're nasty) thinks Planned Parenthood is worse for black people than the KKK ever was (which, duh), and that Barack Obama hates Jews because he is black and from Chicago, and as a black person, Bishop Jackson knows just how RACISMIST black people can be! But does Bishop Jackson have other thoughts on race, thoughts which might reveal a not-real-good understanding of stuff? Well, we did say he is a Republican, right?

Well how about this:

The Republican nominee for lieutenant governor in Virginia has praised the Constitution’s original clause to count blacks as three-fifths of a person as an “anti-slavery amendment.”

In an April 28, 2011 statement while he was a Senate candidate, conservative minister and lawyer E.W. Jackson held up the three-fifths clause as an “anti-slavery amendment.” The context of his statement was to attack President Obama after a pastor at a church service he attended referred to the three-fifths clause as a historical marker of racism.

“Rev. [Charles Wallace] Smith must not have understood the 3/5ths clause was an anti-slavery amendment. Its purpose was to limit the voting power of slave holding states,” Jackson, an African-American, said in his statement.

Oh, well, at least he is running for Lieutenant Governor instead of for a job in any legislature that would require a working understanding of laws, and what they mean, and how they work, and what is legal?

Ha, we are just kidding. There is plenty of that already.