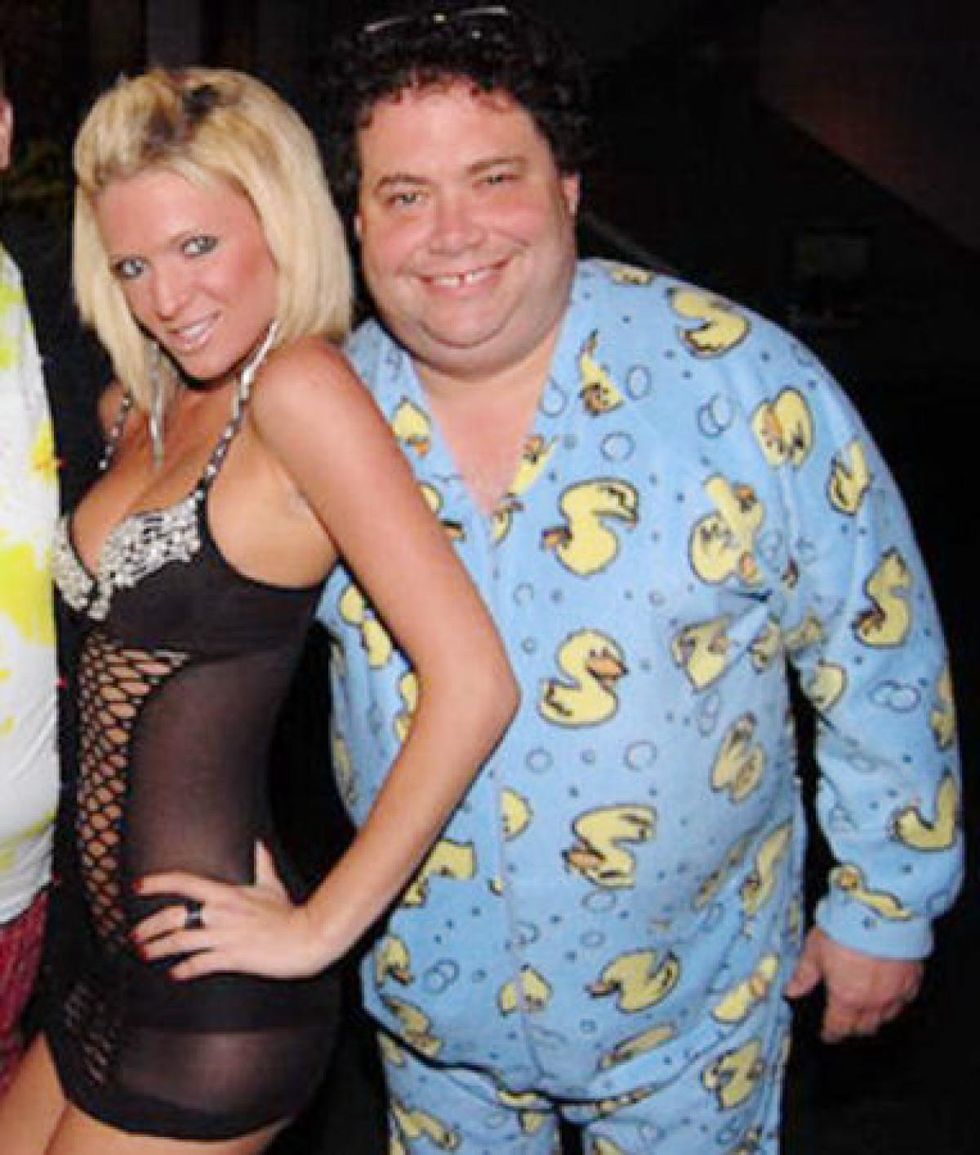 Have we mentioned before that Texas Rep. Blake Farenthold (R-Footy Pajamas) is a disgusting pig who should resign immediately and go live in a cave? WE HAVE. We told you about the $84,000 sexual harassment settlement paid out by US taxpayers because Blake couldn't stop himself from telling a female staffer that he had wet dreams about her. The former owner of the blow-me.org domain name (seriously!) had a tendency to get loaded and creep on redheads, forcing his staff to be on "red head patrol" at parties. Classy!

But wait, there's more! Farenthold is an overachiever who managed to create a hostile work environment for men, too. CNN reports that his former communications director Michael Rekola became physically ill from the stress of working for Farenthold. The Congressman constantly abused his staff, threatening to fire them and calling them "fucktards."

Rekola was about to leave town to get married in July 2015, when, he said, Farenthold, standing within earshot of other staffers in his Capitol Hill office, said to the groom-to-be: "Better have your fiancée blow you before she walks down the aisle -- it will be the last time." He then proceeded to joke about whether Rekola's now-wife could wear white on her wedding day -- a clear reference, Rekola said, to whether she had had premarital sex.

HE SEEMS NICE. Farenthold denies that he made the blow job joke, although Rekola's account was confirmed by another staffer. But he totally called them fucktard all the time, 'cause that's just good, clean fun.

He acknowledged that he regularly referred to aides as "f**ktards," but that it was "in jest, not in anger."

"In hindsight, I admit it wasn't appropriate," Farenthold said. He also denied that he engaged in regular verbal abuse of his staff.

Yeah, no shit dude. How does a 56-year-old man think it's cool to hang out in the office comparing the breasts of Fox News hosts and talking about strip clubs! It's like he took the sexual harassment prevention training manual and said, LOOKS GOOD, FELLAS! MAKE IT SO!

Naturally Paul Ryan is doing fuck all about it. Well, he made a big fuss about not paying harassment settlements out of the Treasury any more. But he's not asking Farenthold to resign, at least not until that tax abomination goes through. Because nothing says family values like keeping a guy around who jokes that his female staffers have semen on their skirts. HAW HAW.

Farenthold's powers of self-deception are a wonder to behold. Not only does he believe all the ladies want to get with him, he's sure his constituents will think his office hijinks are just boys being boys. The rest of the Texas delegation may be having second thoughts, particularly after Tuesday when Alabama decided some Republicans were just too embarrassing to associate themselves with. Rep. Roger Williams (R-Austin) was already helping to fundraise for a primary challenge to Farenthold by former chairman of the Texas Water Development Board Bech Bruun before CNN broke the latest revelations. Looks like everyone knows Congressman Ducky Jammies is a dead man waddling. Well, everyone but the Congressman himself -- wait what's this? Breaking? Blake Farenthold will reportedly not seek another term, which somehow wasn't good enough when it was John Conyers but is just fine when it's this schmuck with an R after his name.

COULDN'T HAPPEN TO A NICER GUY!