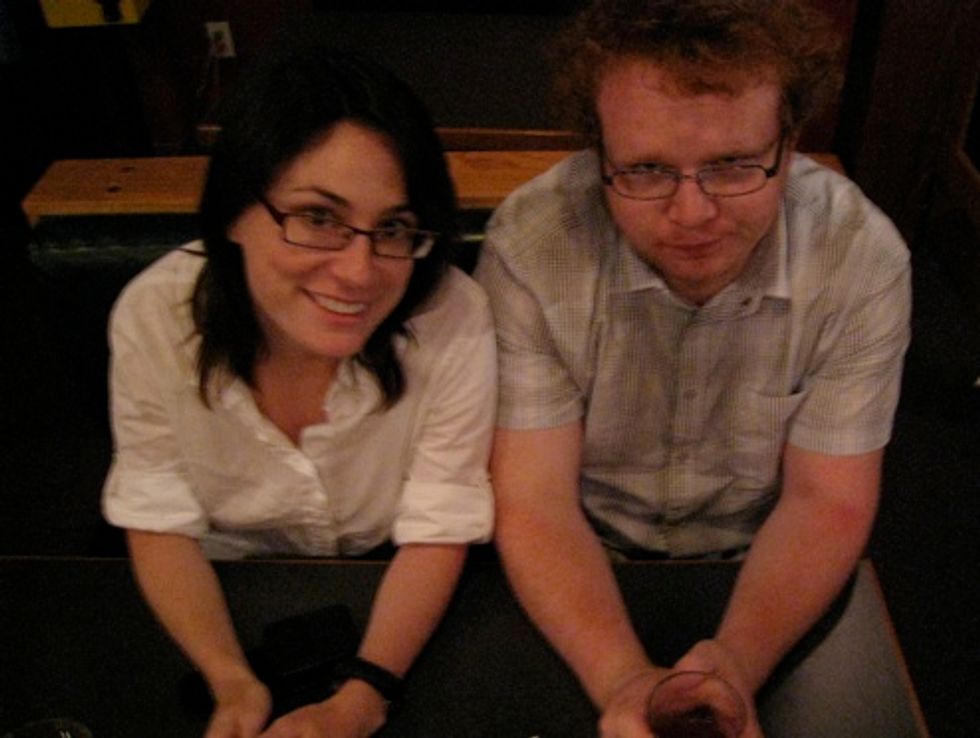 This morning we were watching the Fox News as Karl Rove tried to explain why Sarah Palin was really the perfect vice president for MAVERICK McCain: because she is a Maverick too, and now they can both be Mavericks together in the snowy hills of the last outpost of the Russian empire, Alaska. Then a bunch of big journalists came on and talked about how they all have "egg on their face" for being so preoccupied with Pawlenty and Romney etc. the past few weeks instead of some beautiful nobody from the North. The question is, should the entire mainstream media be lined up against a wall, shot, and sent in ten envelopes to St. Paul because they did not seriously entertain the idea of John McCain picking a harmless local politician for nomination to the second-highest office in the land?

(Oh yes that is a picture of your editors in where was it, some town in Nebraska, drinking corn-based ethanol in a bar.)

It is hilarious to see these national newspaper reporters flagellating themselves for their terrible failure. What kind of boob assumes that John McCain would take the vice presidential vetting process, you know, seriously? Nope, instead he did what many politicians before him should have done: asked himself what selection would generate maximum traffic for Wonkette.