Bobby Jindal Can't See Race, Not Even In The Mirror 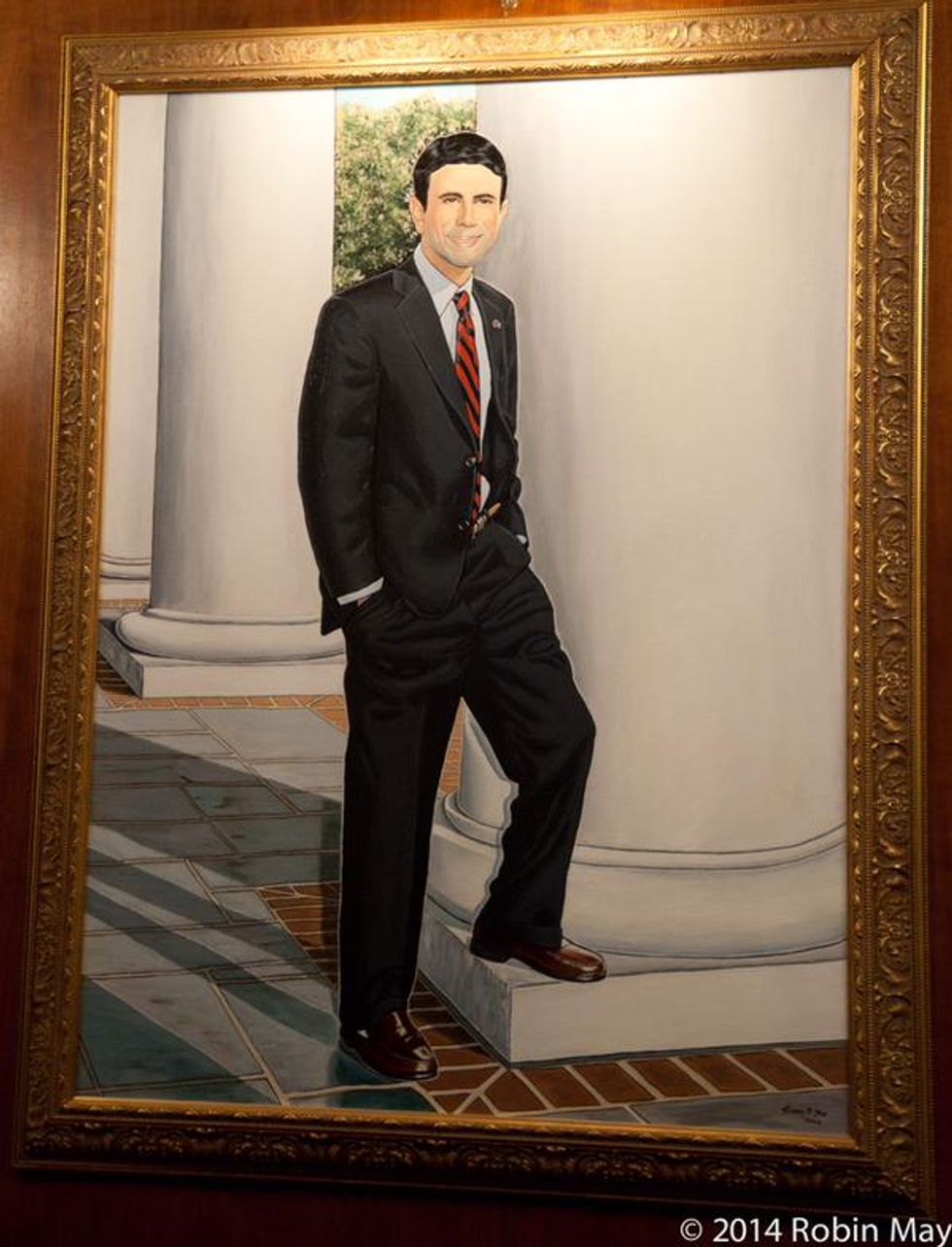 So last week or so, there was a thing Wonkette was going to type about, concerning a certain "official portrait" of Louisiana Governor Bobby Jindal, shown above, that, um, did not look like him, not even a little bit. I mean, judge for yourself, but that is not what Bobby Jindal's face looks like, not even close, and SOME PEOPLE ON THE INTERNET pointed out that, PERHAPS, Bobby Jindal's skin is quite a bit darker than that, because they are not racially transcendent. One headline asked, "Was Brown Paint Busy When They Created This Bobby Jindal Portrait?" But then everyone was made aware that it was NOT an "official portrait" at all, but just some thing one of his constituents made for him after school one day, so we didn't write a thing about it.

Oh, but now it is NEWS again, because Bobby Jindal has responded to the controversy, and he really wishes all those silly liberals wouldn't be so obsessed about race all the time:

Mean liberals! Why can't they be like Republicans, the only ones among us who fully grasp the concept that race was completely done away with after Dr. King said he had a dream, and was done away with yet again when we elected Barack Obama president? These problems have been solved, no one has a race anymore, end of story.

Oh, but some smart alecks out there might be like, "but if you can't see race, you can't see what a bad painting that is," but those people are also wrong and stupid. It is a very nice painting of Louisiana's wingnut governor, who formerly was of Indian descent, but apparently is not anymore because, come on, that would be ridiculous, America is colorblind.

Of course, we must point out for the forty billionth time that the idea of "colorblindness" is actually bullshit (unless you're talking about that thing where people can't tell their reds and greens apart, which is also racist), and that when Republicans say things like "I don't see race!" they're actually being really insulting, denying the racism that people all over this country experience every single day, indeed denying a vital part of people's very existence. The Civil Rights Movement was not predicated upon the goal that one day, if they fight hard enough, nobody will even be able to tell which people are black.

Also, Bobby Jindal has aligned himself with a political movement full of wingnuts who seem to believe that the entirety of Martin Luther King Jr.'s career can be distilled to that one line about judging based on the content of character, not skin color, and they use that as a fall-back when people point out that they have a strange knack for supporting people whose character content is encased in white skin, whose policies and beliefs tend to uniformly have a deleterious effect on the lives of racial minorities everywhere. Coincidence? TOTALLY. As we just established, race does not exist. Anyway, Bobby Jindal is A Idiot, is the point.

For the record, here is Jindal's official portrait. It is also kind of crap, but whatever.