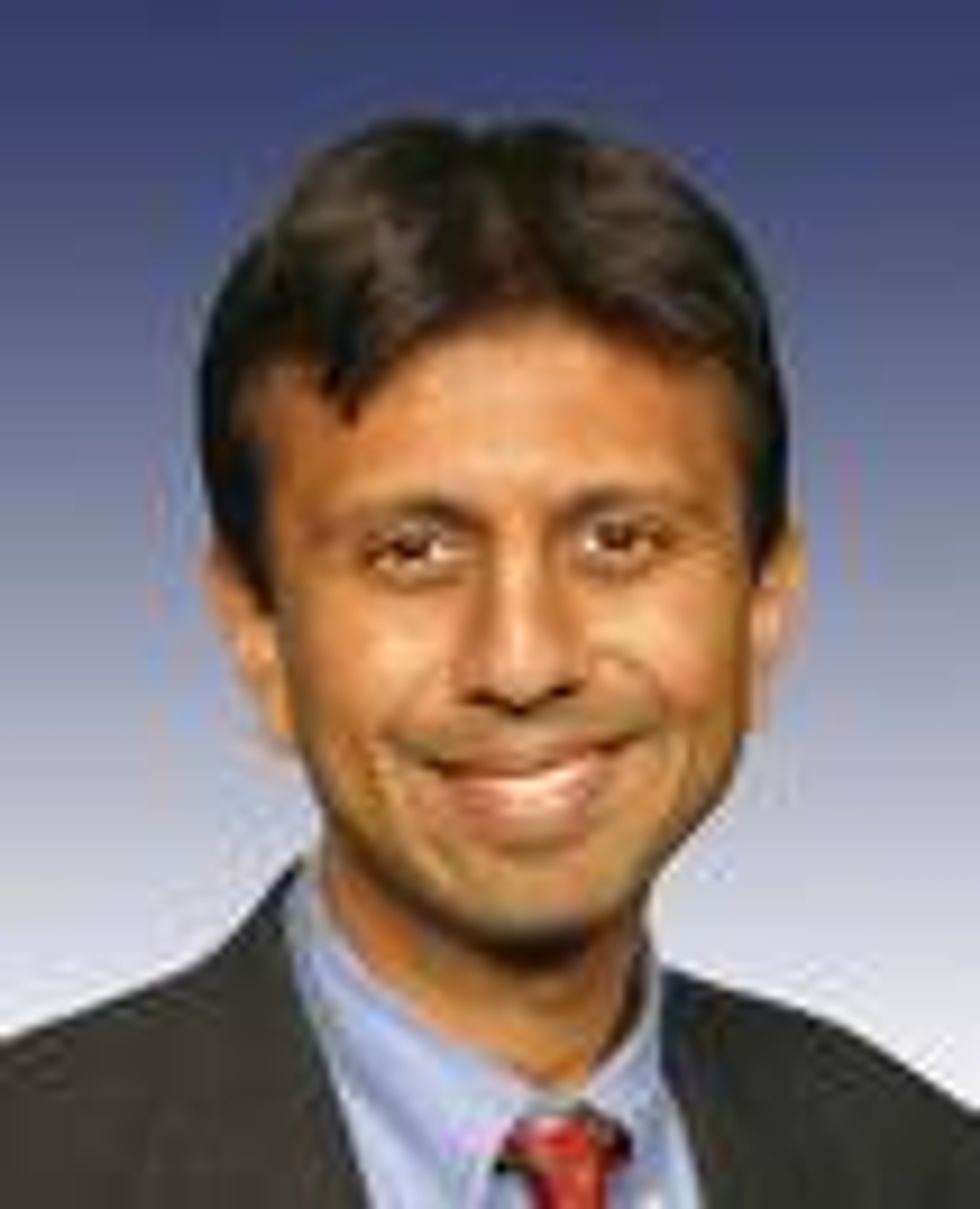 How nice to hear from our favoritedemon-exorcisin'castration fetishist fauxbama of the Republican party! Remember this guy, Bobby Jindal? He didn't run for chairman of the GOP so we forgot about him for a while, but apparently he is still alive and giving speeches.

The Louisiana governor spoke in North Carolina yesterday after attending a couple of fundraisers and pointed out, reasonably, that debt is a bad thing:

“Our society is so much in debt. We’re not going to solve that by simply creating more debt. Our children and grandchildren are going to have to pay that.”

This is all true, of course, but it was equally true when the former president refused to raise taxes during a war and instead gave everybody massive TAXCUTS TAXCUTS while Democrats wailed about mortgaging our children and grandchildren into eternal slavery to the Chinese. Oh well! Times change!

Anyhoo, what else. He quoted the Bible, of course, and said that greed and corruption were also bad, and encouraged his fellow Republicans to work with President Obama and not be just the "party of no" all the time.

Bobby Jindal combines two sought-after qualities in the GOP. Number one, he obviously meets some baseline intelligence requirement, because he was smart enough to avoid getting tapped by John McCain to be his loser running mate in 2008. He also satisfies the "spooky religious voodoo wingnut" requirement and shows an unhealthy interest in child molesters. These combined assets make him an obvious Presidential contender for 2012, when his only competition in the Republican party will be an android dog-torturer and Sarah Palin.

Jindal: GOP needs to focus on country, not self [Shreveport Times]