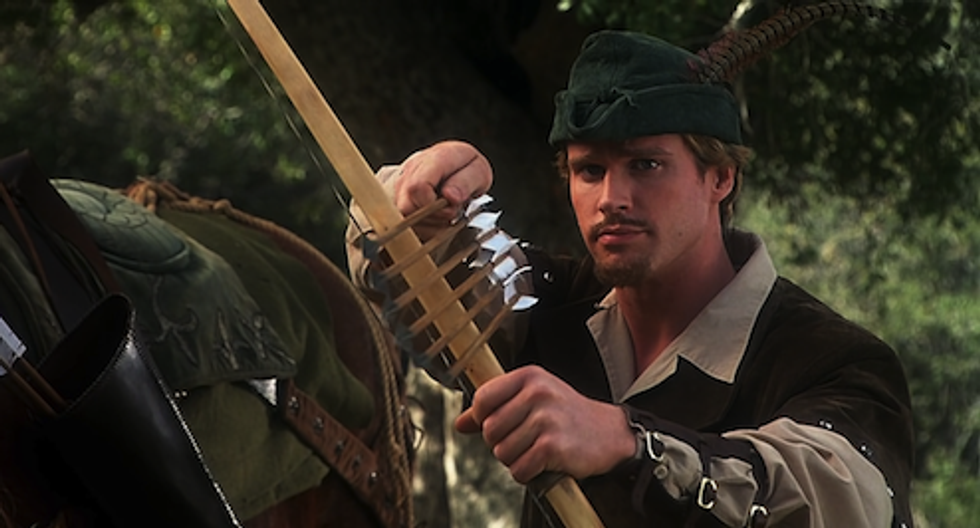 You know what's hard? Income taxes. How do we make them fair? Should there be refundable credits? Why do you get a credit for having a kid but not for, say, TOTALLY HOUSING a bottle of Johnny Black on your yacht? Progressive taxation "punishes success" by charging a higher rate to people who make more money, and a flat tax "punishes regular people" by taking the same percentage from everybody, even though low- and middle-income people spend a far larger percentage of their earnings to, like, stay alive.

But hero Louisiana Gov. Bobby Jindal, who presides over a wonderful, flourishing state with gaping radioactive sinkholes and taxpayer-funded fairy-tale schools, has the answer. It is so good and fair!

Jindal's plan is a way to structure the income tax to not punish success OR unsuccess: He wants to get rid of the thing altogether. What a great idea.

And he has an even better idea — he will make up the difference with a sales tax! That will not unfairly burden low-income families or anything — it only makes everything more expensive. They might have been living paycheck to paycheck before, but now, because we Love And Care For The Little Guy, they will still live paycheck to paycheck, and get even less stuff for it!

How do we justify this economic nut-punch? Well, that's easy — use the standard line for fucking the little guy: Small businesses! Jobs! Job job jobby jobs.

You might pay more for the things you want, but your employer will have so much more money! And if businesses do anything right, it is pass on profits to employees for no reason. (Right, Wal-Mart?)

"The bottom line is that for too long, Louisiana's workers and small businesses have suffered from having a state tax structure that is too complex and that holds back economic prosperity," Jindal said in a statement released by his office. "It's time to change that so people can keep more of their own money and foster an environment where businesses want to invest and create good-paying jobs."

What a fella that Bobby is — standing up for Louisiana's workers by cutting their bosses' income taxes by ALL PERCENT.

Also, what is this big problem with a complex tax code? Sure, there's chaff in there, but it's not supposed to be simple — it's supposed to be nuanced. How long until Jindal just says, "Everybody drop a thousand bucks in the hat"?

Everybody but corporations, of course — oh didst we forget to mention? Jindal wants to completely eliminate the corporate income tax too.

His version of a system where "people can keep more of their own money" eliminates taxes based on income, and instead raises the price of every purchase. He said "people" get to keep their money, but he meant "rich people," because — hooray! — money not spent is money not taxed. How lucky for the people with the money; it's almost like they have extra influence in the deal.

"Eliminating personal income taxes will put more money back into the pockets of Louisiana families and will change a complex tax code into a more simple system that will make Louisiana more attractive to companies who want to invest here and create jobs."

Jobs. JOBS. JAAAAHBS. (It's always about jobs, unless it's about abortion, which it always is, also.) Jindal wants to make Louisiana attractive to companies, so they will bring jobs. "Attractive to companies," in this case, seems to mean "they don't have to pay for anything," which sounds sooo cool until you realize that somebody has to pay for everything. Now, that somebody will be everyone who buys stuff.

Maybe it's just a regressive flat-tax in disguise, or maybe there will be exemptions for things like food and clothes, who knows. But when you take away the taxes that most directly affect corporations and the wealthy, and you want to keep the same amount of money, it's pretty clear that the difference will be made up by the little guys. For prosperity.