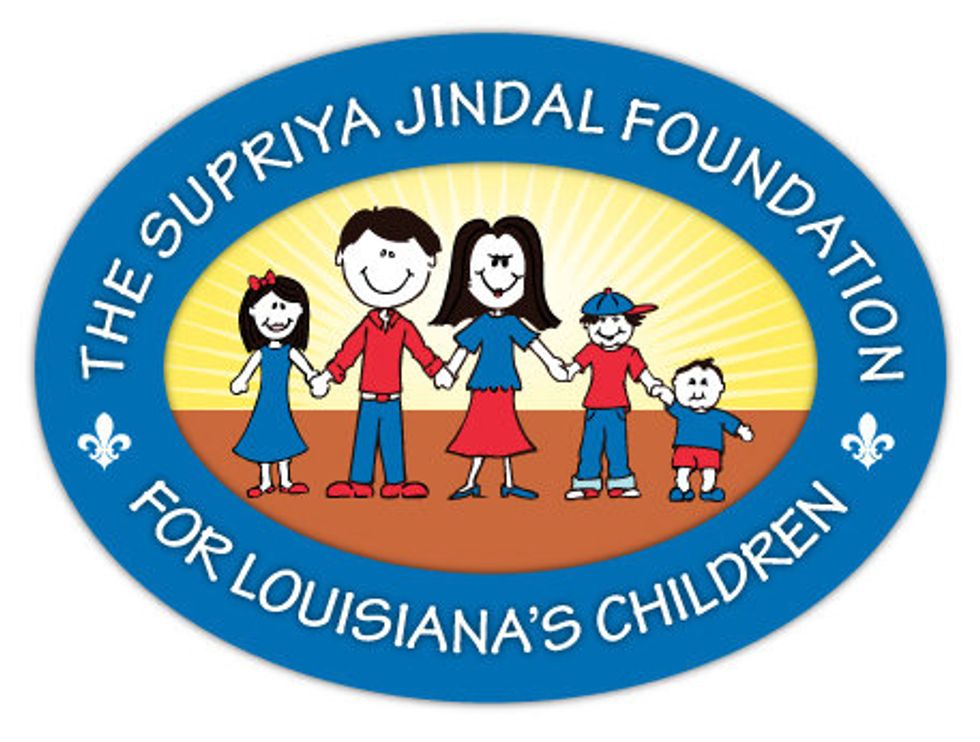 In an alternate universe where Bobby Jindal never opened his adorable mouth about letting volcanoes kill us all, Bobby Jindal is engaged in an epic struggle with Herman Cain and Newt Gingrich to be the next president of the United States. In that universe, this scandal is game-changing news: Jindal's wife's charity hasreceived a series of very large donations from corporations who are looking to influence regulatory policy. The kind of regulatory policy that, uh, leads to things like giant oil spills off the coast that threaten the ecosystem of the state and the livelihoods of many of its residents. But it's for a good cause! Supriya Jindal has "revolutioned chalkboards," because chalkboards are obviously the thing to blame for making Louisiana's kids dumb, fat, poor, poisoned, and covered in crude oil.

Let's just give you a list of corporations mentioned in this article who donated money to this charity and then secured the decisions from Jindal they needed: AT&T, Marathon Oil, Northrop Grumman. Alon USA, an Israeli oil company, got permit changes that allowed it to pollute more into state waters. Dow Chemical should be fined for a leak of a toxic pollutant it failed to report. And contractors Acadian Ambulance and D&J Construction have gotten tens of millions in government contracts.

Is anyone who isn't a giant corporation looking for policy favors allowed to donate to this charity? Technically! But don't be surprised when you get a government notice saying you're allowed to feed crude oil to your choice of ten children or baby animals, which can be bumped up to one hundred children if you donate at the $1,000 level. [NYT]