Boehner: How Is Obama Diminishing The Presidency Today? By Picking 'Fake Fights' 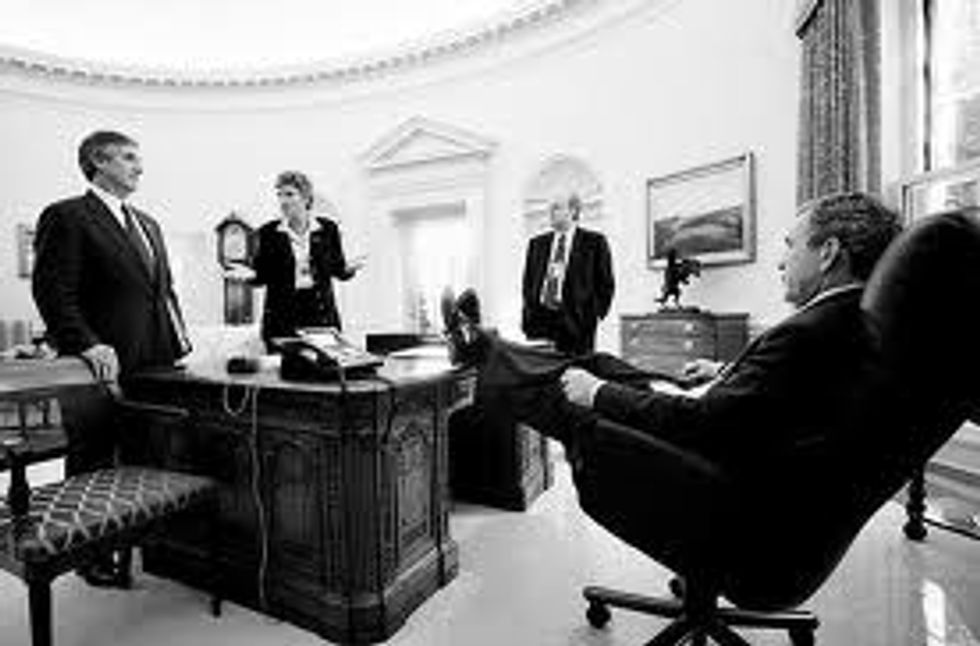 Another day, another attempt by that punk Barack Hussein Nobama to diminish the presidency! What'd he do now? Did he put his feet up on his desk? Did he sing Young Jeezy in public? Did he fly in his plane? Did he act "cool"? (Yes. Burn him.)

“You know, we had the Buffett Rule,” [House Speaker John] Boehner said. “You know, it went on for months. Even the president admitted it was a gimmick. And then we have the Rose Garden ceremony talking about manipulation in the oil markets, without one shred of evidence. And he has an entire administration to go after speculation or manipulation in the oil markets. And then they picked this student loan fight where there is no fight.”

Remember the Buffett Rule? It was a total gimmick because it would only have raised $43 billion in revenues, and $43 billion does not even count unless it is $100 million from PBS and the NEA instead, because $100 million > $43 billion. (It is called MATH and why don't you LEARN IT.)

And why does the president constantly pick fake fights with the oil companies without one shred of evidence that there is manipulation? Typical.

And as for student loans, John Boehner has already explained that it is beneath the dignity of the presidency to go to colleges and get students to put pressure on Congress about keeping their interest rates low, because everybody already knew this was a settled matter that would get passed, because the GOP always works with the president! And that is totally true: the GOP House passed it Friday, and will pay for it by gutting preventative-care funding in BammerzCares, instead of by cutting tax breaks for oil companies, because that would be Class Warfare.

If Obama would just stop picking fake fights with the GOP by not agreeing with them, everything would be just fine! Why doesn't he try that for once? [DailyCaller]