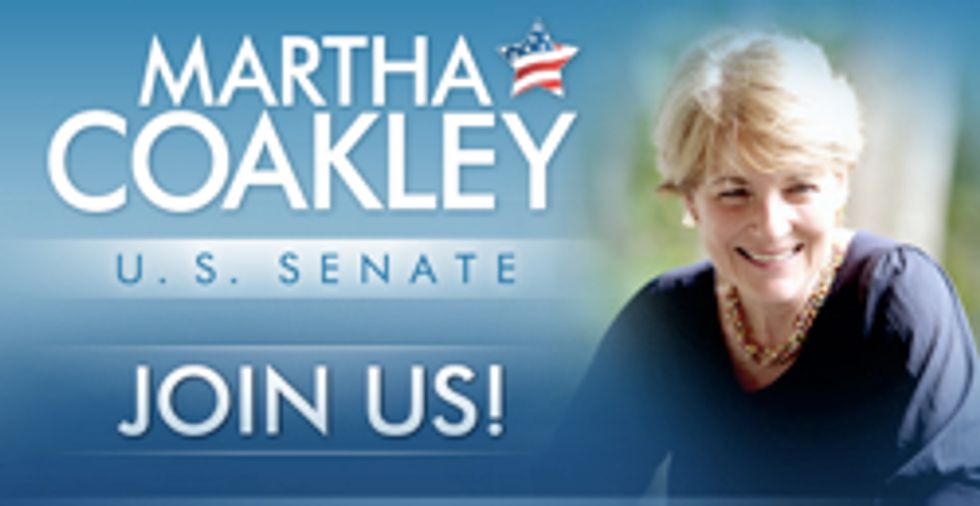 It has only been a week -- one week -- since Ted Kennedy died, and already some gal has exploited this by declaring her candidacy for the special election happening like 2 minutes from now. Her name is Martha Coakley and she has been the state's Attorney General since 2006. We checked out herWikipedia and there is absolutely nothing interesting or controversial on it. (There is for some weird thing about "Aqua Teen Hunger Force," and how she released a couple of completely uninteresting and uncontroversial statements about its posters several years ago, as part of her job.) What else? She is experienced and stuff, with jobs. The ladies of M.A.D.D. think very highly of her, though, meaning she must not enjoy having awesome fun times and will probably pass annoying legislation about whatever. So just be extra careful, if she wins, to chew your two sticks of mint gum before turning the car on. [NYT/The Caucus]