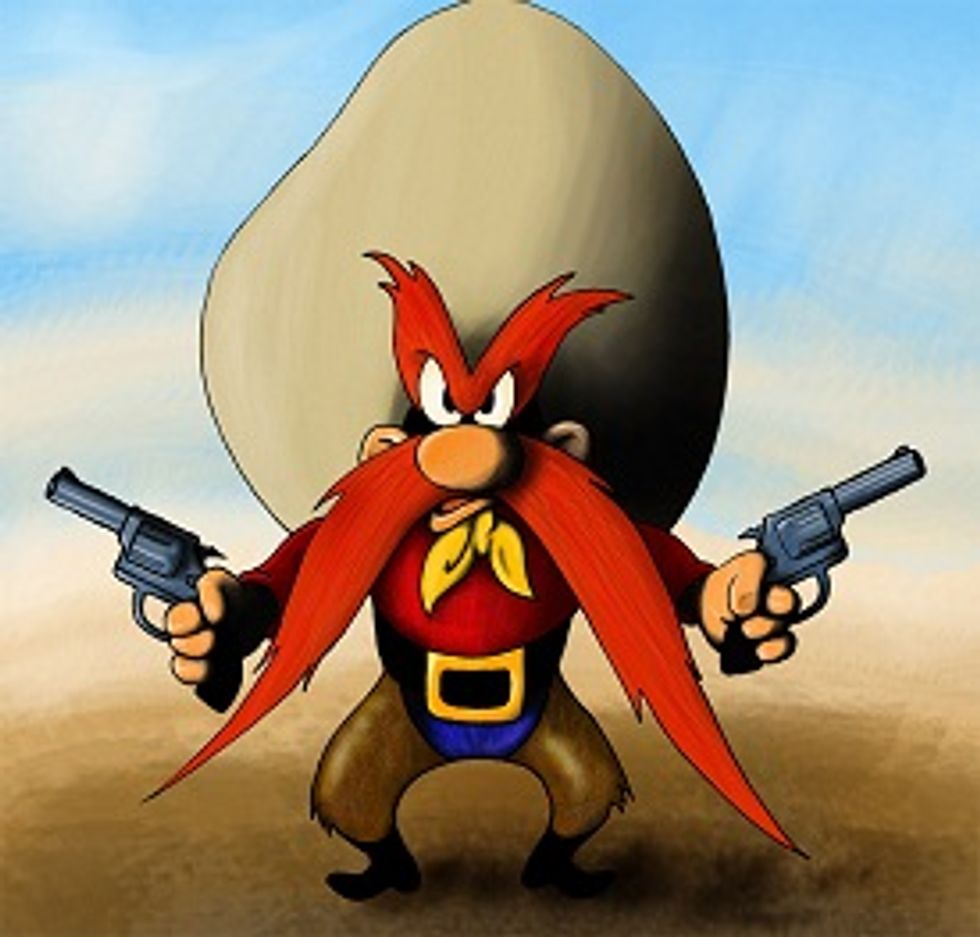 Alabama, you have given this nation so much: George Wallace, Bull Connor, Roy Moore,insanely restrictive abortion laws, Richard Shelby AND Jeff Sessions in the same Congress, crappy Neil Young songs, and even crappier Lynrd Skynrd responses. Your generosity in contributing to this nation’s civic and cultural life is so vast, we can never repay you. So we’re begging you to stop. No seriously, please stop.

What’s that? You have one more gift to bestow upon America? Is it a pony? We love ponies! No? It’s this guy? Oh. Thanks. We love it. Do you by chance have the receipt? Why? Oh no reason, it’s just that we have so many stereotypical Southern fat-ass good ol’ boys working on marching us back to the nineteenth century (the first half anyway, because that was the better half) we couldn’t possibly find a use for another one.

Everyone meet Jim Porter, the incoming president of the NRA. No, he is not replacing vile bleeding anus Wayne LaPierre, who is the august organization’s vice-president and still its most prominent mouthpiece. But based on this video and the stories we dug up about him, we’re betting Jim Porter will not be a moderating influence:

Sounds like a fun guy! Maybe any Wonkers in Houston this weekend could pop over to the NRA convention and give him a big hello! While you’re there, maybe ask him if instead of focusing on making sure everyone in America has access to military assault weapons so we can fight off tyranny when El Commandante Obama declares martial law and tries to seize everyone’s guns, maybe the NRA could put some effort into gun safety education and restricting the number of guns in circulation, so that 35-year-old meth-head grandmothers cannot get their hands on a 9-mm pistol that they can leave lying around the house where their 3-year-old grandsons can get hold of it and shoot themselves in the face? Because that really seems as if it is the bigger problem these days.