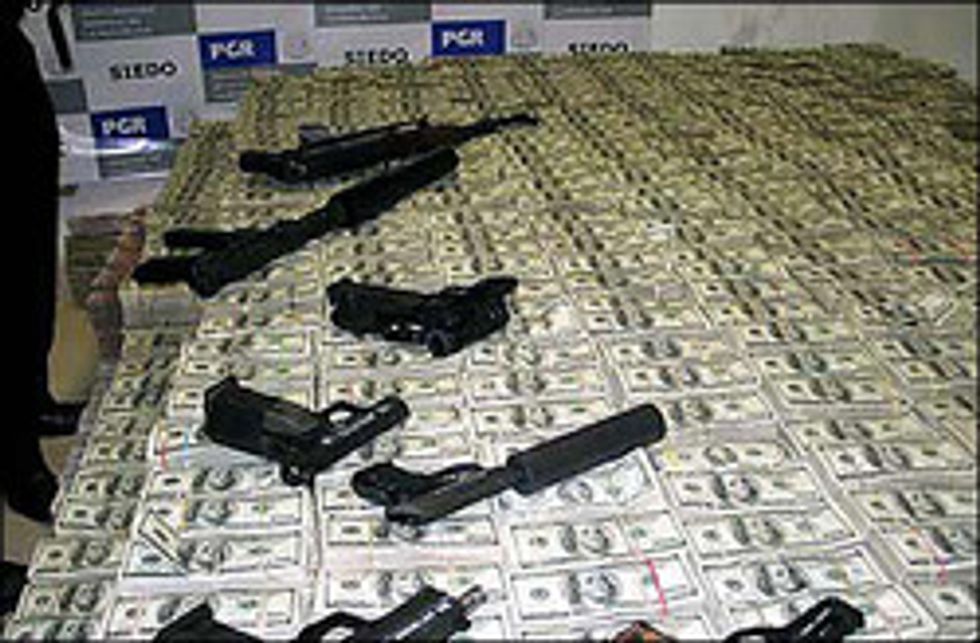 The serious proposals for fixing "the housing crisis" in this country have so far amounted to a) Alan Greenspan suggesting the federal governmentburn down the millions of vacant foreclosures across America and b) an actual government program that allowed Goldman Sachs to buy foreclosures in bulk for pennies on the dollar and then rent those same houses back to the financially ruined people who were evicted by the banks. But now there's a new plan hatched by a Democrat and Republican in the Senate: Let any foreigner have a three-year residency visa as long as they spend half-a-million dollars, cash only, on some U.S. real estate. This proposal is foolproof.

It would grant three-year residence visas to homebuyers, their spouses and minor children if they spend at least half a million dollars -- cash deals only -- on housing and live here half the year.

"Many people want to come and live in the United States," Schumer said. "This will not allow them to become citizens or to vote or get benefits in any way, but they will be spending money and paying taxes. And the most important thing is they will sop up the extra supply of homes we have right now."

There must be a very long line of very wealthy people in the world who would like to take a three-year vacation to another country where they'll have no rights and no benefits other than the protection of U.S. law from, say, rival drug gangs or opium syndicates or Russian whore trafficking operations.

America is so incredibly fucked at this point, we will not be at all surprised when the next great proposal for saving the U.S. economy/banking system appears in the night sky over Wall Street: the Bat Signal. [Las Vegas Review-Journal/Los Angeles Times]