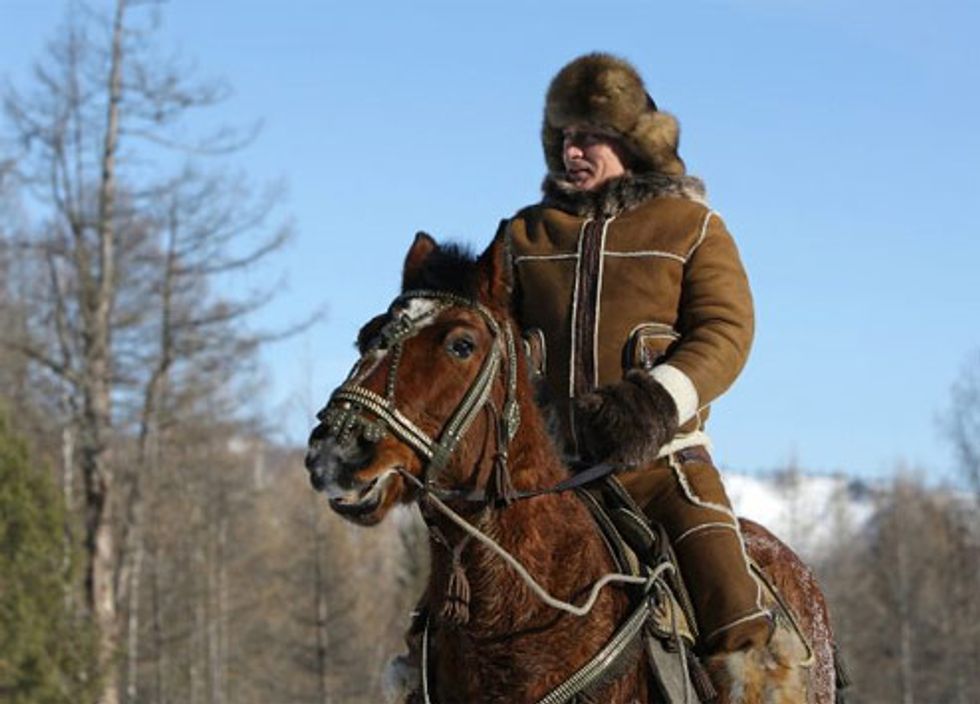 Though it's always nice to be right, we really wishwe had been wrong about Edward Snowden. We wish that he truly had been the super-genius martyr for freedom depicted by his most fervent supporters -- and, if we're being honest, by Snowden himself, with his talk of "sacrificing himself" and "risking his life" and so on.

But he is not a super-genius martyr. He's a naive idealist who's in way over his head. And now, to his credit, it looks like he's finally ready to acknowledge this: Two sources close to him told the Daily Beast that he "instantly regretted" his appearance on Russian state TV to ask shirtless Russian godhead Vladimir "the Botox Fox" Putin a softball question about Russia's security apparatus, to which Putin naturally responded with transparent, regime-serving lies.

“It certainly didn’t go as he would’ve hoped,” one of these sources said. “I don’t think there’s any shame in saying that he made an error in judgment.”

Nope, no shame in that! But where, then, is the shame? Let's find the shame.

Here's some shame: After a promising start to the whistleblower phase of Snowden's earthly existence -- in which NSA abuses were suddenly, finally front page news -- Snowden is now a net impediment to reform.

Yup, we're going there. Let's imagine an alternate universe in which Snowden didn't try to have it both ways -- instead of maneuvering to stay out of US custody, let's say he turned himself in after handing over his NSA files to journalists in Hong Kong. (No, we are not saying we'd be so brave ourselves, but if Snowden is going to insist on repeatedly reminding us that he's done all this sacrificing and life-risking, it's entirely fair to hold him to a high standard here.)

So Snowden's in US custody. That means no schism on the left between his supporters and detractors. That means he is unambiguously a hero -- no speculation that he's an actual Russian spy, no head-shaking that he has, by error or design, set himself up as a propaganda tool for a regime that is worse on civil liberties than the United States by every metric. That means a truly united, left-right coalition against surveillance abuses. That means the focus is where it belongs, rather than on what we think about Edward Snowden. Yes, the focus on Snowden initially helped the NSA stories take off, but now the pendulum has swung the other way.

Now, with Snowden in Russia pissing off the very people who otherwise would be celebrating him (us, for example), Obama feels no pressure to go any farther with NSA reforms than the half-measures he has already announced, to moderate fanfare.

The truly amazing thing is that you can say "Thanks, Edward Snowden, for prompting these half-measures," and you can also, AT THE VERY SAME TIME, say "Goddamnit Edward Snowden, you blew a chance for a whole lot more."

See, a lot of people seem not to understand how it could be possible to hold critical views of both the NSA's abuses and Edward Snowden at the same time. This is how! All those words up there, those explain how we can do that.

Also, we do not like how the US intelligence agencies operate as their own unaccountable fiefdoms. We need to write that, or else people will say we are NSA apologists, because in their view, if you are not with them, you're against them. What president said that, to great and deserved ridicule? It'll come to us.