Brad Pitt Should Not Make Movie About Steubenville Rape, Because 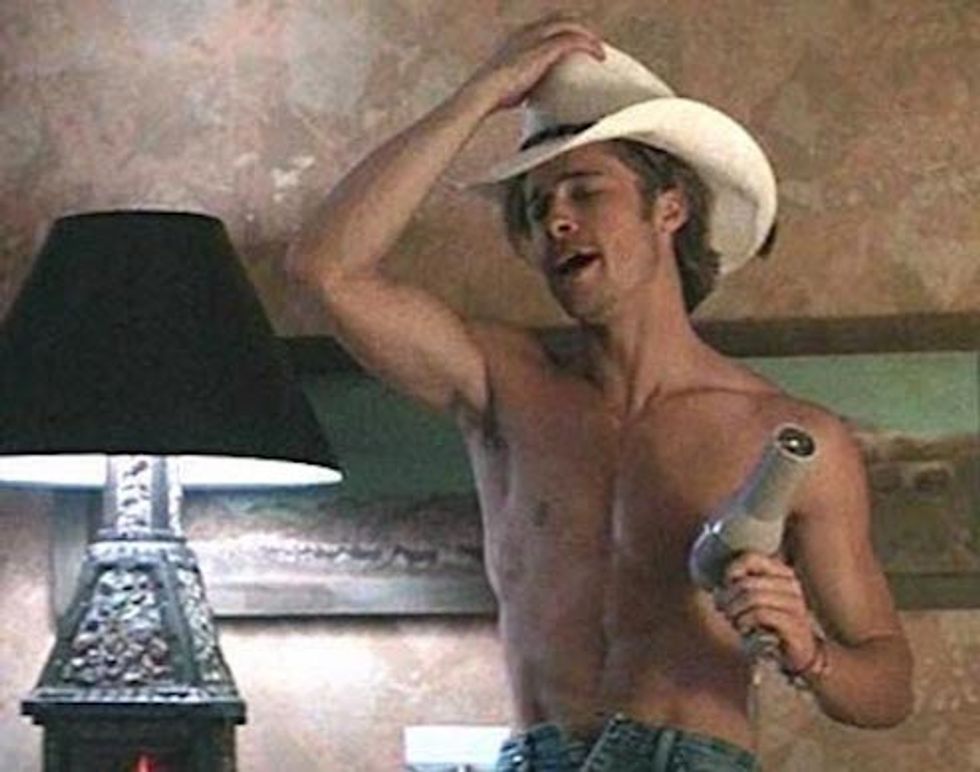 Great news, everyone! Brad Pitt wants to make a movie about the awful terrible no good very bad ordeal frequently referred to as the Steubenville rape. (Can it please be starring Brad Pitt? Please? We hope so because mmmmmmm, Brad Pitt.) This seems like a really great idea, because there are not a lot of movies about rape and rape culture and how when sportsball stars, like the Steubenville rapists, commit acts of rape, more often than not, their friends and coaches and schools and communities tend to protect and defend them because SPORTSBALL!, while demanding that the whore who was just begging to be raped apologize to everyone for getting herself raped and also ruining the "promising futures" of those sportsball stars, what with her being raped by them. This is a issue, an epidemic, if you will, so it is a Good Thing that someone would like to tell that story and bring more attention to it and make it a "not cool" way to react to rape and raping. Right? Apparently not, according to Think Progress: