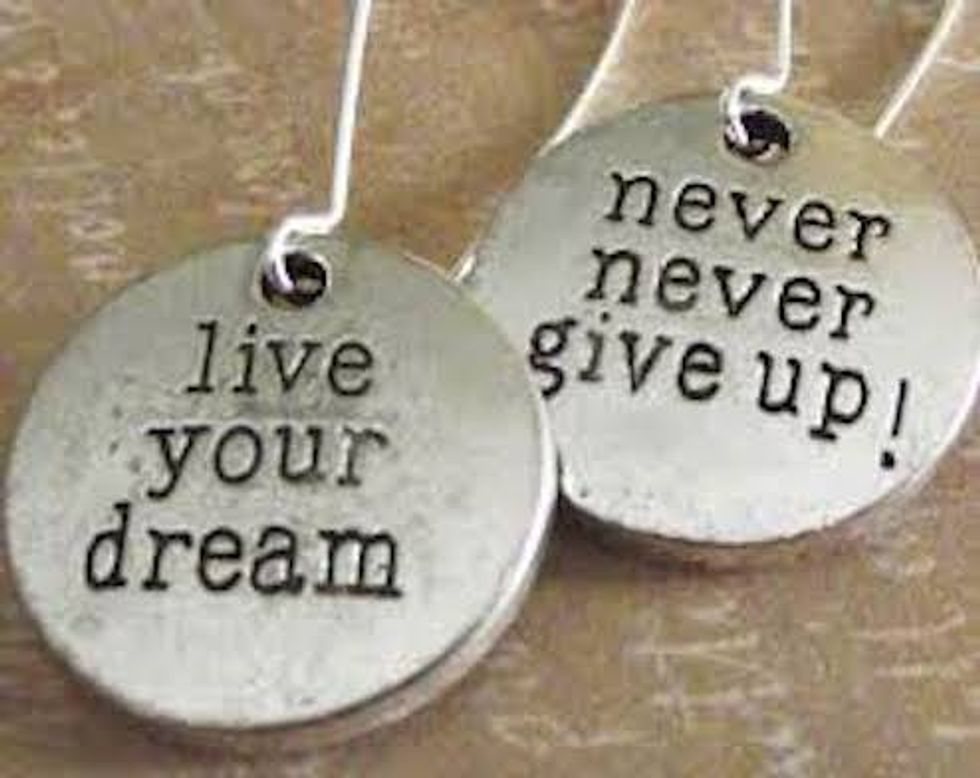 It was the purest and merest of chance that led us to google our old friend Bradlee Dean to see what he's up to these days. We had no idea he had such an attractive new website with many colors and much shouting and ALL CAPS headlines and oh look what do we have here? Is Bradlee Dean still writing about how Rachel Maddow defamed him by quoting him? He sure is! And he's still totally going to sue her, or is suing her, or never stopped suing her. We kinda can't keep track, and also too we are sorta sad that Bradlee isn't still threatening to sue us.

Time for some Real Talk here. We read this DeanScreed several times, but we still can't really figure out what on earth he is saying. He's still SUPER MAD ALL CAPS HEADLINES MAD that Rachel Maddow quoted him, but didn't quote everything he ever said, because if she had, then it would be totally clear that when he called for the deaths of the gays, it was totally not calling for the deaths of the gays, because context.

Also, we have learned that Bradlee is in desperate need of an editor, even one of the crummy ones over at his other haunts like WND, because Christ just try to follow this.

On air, Rachel Maddow then accused Michele Bachmann, me and others of being “blood thirsty” and that we were, “Calling for the upping of the bloodshed of America’s culture war” since “Christians weren’t doing enough to kill gays” – thereby putting a literal hit out on Michele Bachmann and myself. This, of course, was aimed at Rep. Bachmann’s presidential campaign.

It should come as no surprise why they would want to denigrate my mission. MSNBC, which is owned by NBC Universal, was rebuked by the American people for removing the name “God” from the Pledge of Allegiance at the U.S. Open golf tournament. The president of MSNBC, Phil Griffin, also admitted earlier this year that the network caters to “progressives,” meaning a generally secular, frequently atheist, pro-”gay rights” (no such thing), socialist and big government (communism) market among its very small viewership.

When we go to hell (oh, shut up. You know it is when, not if) we will be forced to diagram Bradlee Dean sentences.

Our favorite part of Bradlee's Ten Thousand Words of Torment is when he decides to cut and paste some hate email he's received from homosexxicans over the years to prove how the gays have called for his death too, but he seems to have not really grasped the idea that the gays weren't threatening him, they were mocking him.

Here are some emails I received after the MSNBC reports: [...]

“Why Bradlee why? Now I am gonna have to kill you! I thought we were going to cut each other’s hair then have sex, but you stood me up! I’m so upset that I think I may just have to blow up your ministry instead! Goodbye forever.”

Henceforth, all our mocking will begin with "I thought we were going to cut each other's hair and then have sex, but you stood me up!"

There's also a really tortured revisiting of Bradlee's whole "the judge in the case was probably sexing Rachel Maddow because she called Maddow's lawyers distinguished but did not call Bradlee's BFF (and ours!) Larry Klayman distinguished" argument, but it is not clearer upon further elucidation from Bradlee.

Interestingly enough, MSNBC ends up hiring not one attorney, not two attorneys, not three, but four high-powered attorneys to defend MSNBC and Rachel Maddow. However, seven months after filing a lawsuit, our attorney wanted to withdraw the case from the Superior Court of the District of Columbia and file it in federal court.

The move to another court was a “tactical, strategic decision.” Our attorney then informed Judge Zeldon that he wanted to voluntarily dismiss the case from her court since it had been filed in federal court. Zeldon ruled that she would dismiss the case without prejudice if I would pay Maddow’s attorneys for the work they did in her court, which she assessed to be worth $24,625.23.

Pay the ones defending MSNBC and Rachel Maddow? The ones who put a hit piece out on my family, my ministry and me? I was not about to hand over $24,625.23 to the attorneys defending those who put a hit out on me, prompting persecution, death threats and an array of attacks from every angle against my ministry. Not only that, but Zeldon was biased in her ruling as she referred to MSNBC’s attorneys as “distinguished,” never once referencing our attorney in the same manner. We of course appealed the decision, and the result was that the court we appealed to affirmed the lower court’s ruling last month.

It doesn't seem to actually occur to Bradlee that this means he lost yet again and he is going to have to pay the fuck up and give all his monies to Rachel Maddow so she can spend it on lesbian strippers. Indeed, Bradlee is pretty sure he didn't lose because you can't lose to prejudice, or because of prejudice, or fuck if we know.

Furthermore, the judge’s decision was not a ruling, but a demonstration of prejudice. We never stepped foot inside the courtroom. Therefore, we never lost our claim because there never was a ruling. Really what this all did was basically tell everybody that I was willing to take it to MSNBC, but the judge, in favor of MSNBC, didn’t want it to go there until I paid the attorneys off. And that is just not going to happen. [...]

I am not only considering pursuing the federal court case, but also considering an individual lawsuit against Rachel Maddow.

WHY WON'T YOU SUE YR WONKETTE, BRADLEE DEAN? Are we not pretty enough? Not famous enough? Not gay enough? What's a mommyblog gotta do to get sued around here anyway? We'll keep needling you until we find out.