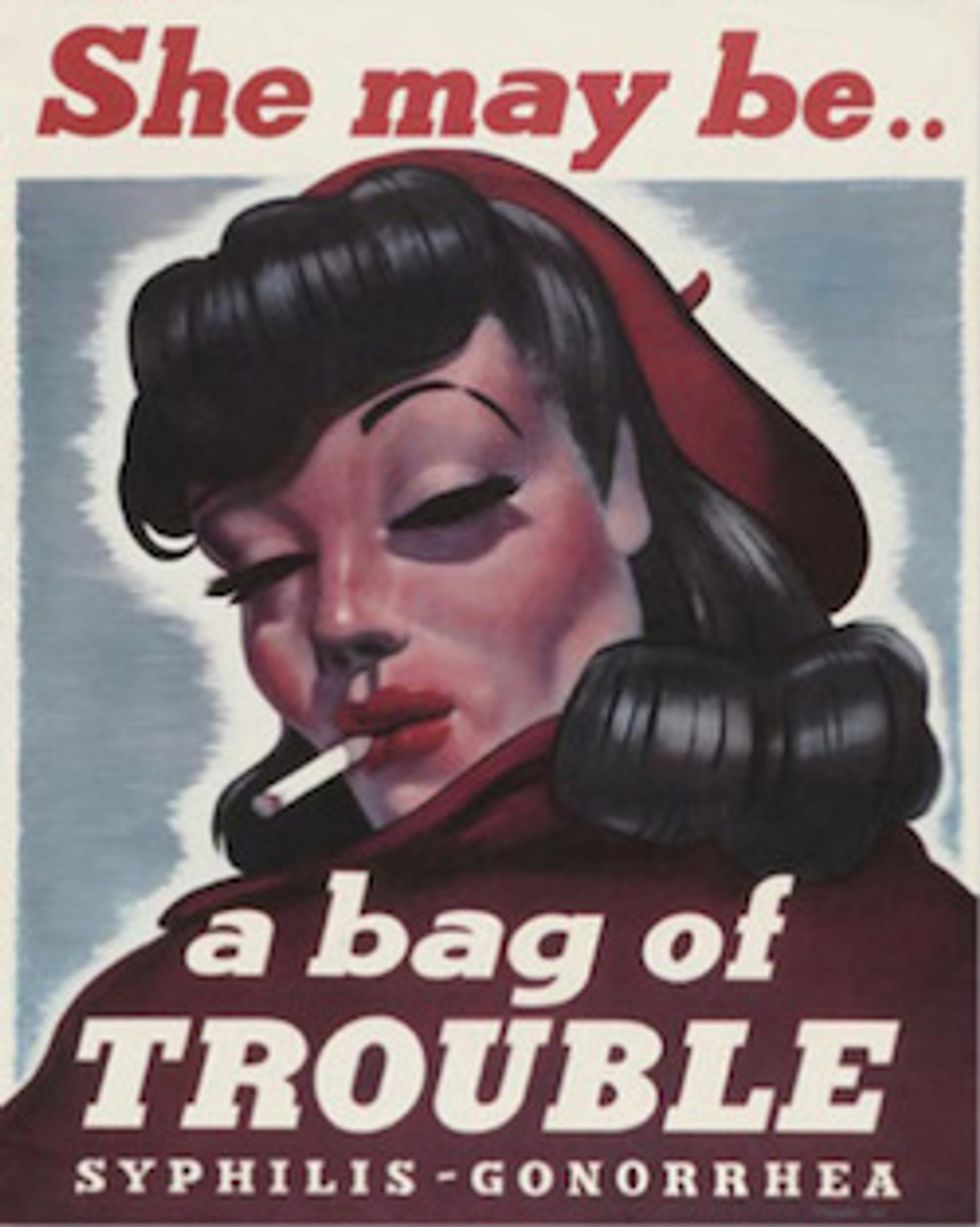 So you want to go to college! Cheerio, good on you old chap, hurrah, other things we think sound sort of British because this story happens in Canada and we don't really know any Canadian praise slang. So you enroll in York University, which is anenormous public university in Canada. But, you're also a jerk (sorry! you just are!) so even though you've enrolled in a public non-religious co-ed university, you declare that you can't be in the class with any lady type persons because your personal unspecified version of a SkyGod would not like that.

The student is taking an online [sociology] course, but is expected to meet in person with a group of classmates for a mandatory assignment. Dr. Grayson said the student argued that “due to my firm religious beliefs … it will not be possible for me to meet in public with a group of women.”

Generally, we like to be sort of live and let live about your SkyGod beliefs as long as they don't include blowing people up or forcing people to have babies or whatnot, but we are so on the Nope Train about this particular SkyGod feeling. Is there some type of sociology job that will allow one to avoid contact with women forever and ever that we were hitherto unaware of? Can you meet with the lady peoples in private? What if you get a lady professor?? Good christ, the class this guy is taking is already an online class, which means his ladyperson contact is already at the most minimal it could be.

The sociology professor politely declined this request and pointed out that that was kind of fucked up and just ultimately would become a way for students to be racist sexist bastards with no consequences. The entire sociology department agreed with the professor, probably because they are people who live in the real world and understand that it is unlikely one can avoid an entire gender forever, and if one chooses to make that one's life's work, college is probably unnecessary.

The administration did not agree with their sociology department, and ordered the professor to accommodate the student because of Canada's human rights law, and because no other students would really be affected. This may actually be true! But it is still stupid! Allow us to explain. It's far more likely that lady-hating student would bring a lawsuit wahhhing over his being forced to consort with ladies than that the other students in the class would bring a lawsuit alleging that they were somehow less fully educated or respected by not getting to spend time with this dude. So, we're sure the administration weighed the odds and said "we very much enjoy not being sued, so let's just let this guy hate ladies, OK?"

The sociology professor found that a less than ideal solution, and said he'd stand by his decision even if it meant disciplining him. Sadly, we don't get to witness the glorious sight of the professor suing the living balls off of York University, however, because the student eventually backed down.

The dean’s office told the student if he wished to drop the course, the fee would be refunded. But less than a week later, the student told Dr. Grayson he would “respect the final decision” to deny the request, was pleased with the way it had been handled, and has since met with his learning group.

Let us translate" "Pleased with the way it had been handled" means "I raised a ruckus and got attention and affirmation for my terribly retrograde religious beliefs so yay me! Also, too, now I get to inflict my barely suppressed women-hating on some poor group of undergrads that share a study group with me." Congrats, terrible person attending a Canadian university and exploiting that country's laws that delicately balance competing human rights interests. Oh, and the University hasn't changed its stance, which means if this jackass wants to take more classes, he gets to receive an undue amount of attention and coddling for his completely terrible beliefs. You, sir, are a dick.

[The Globe And Mail]