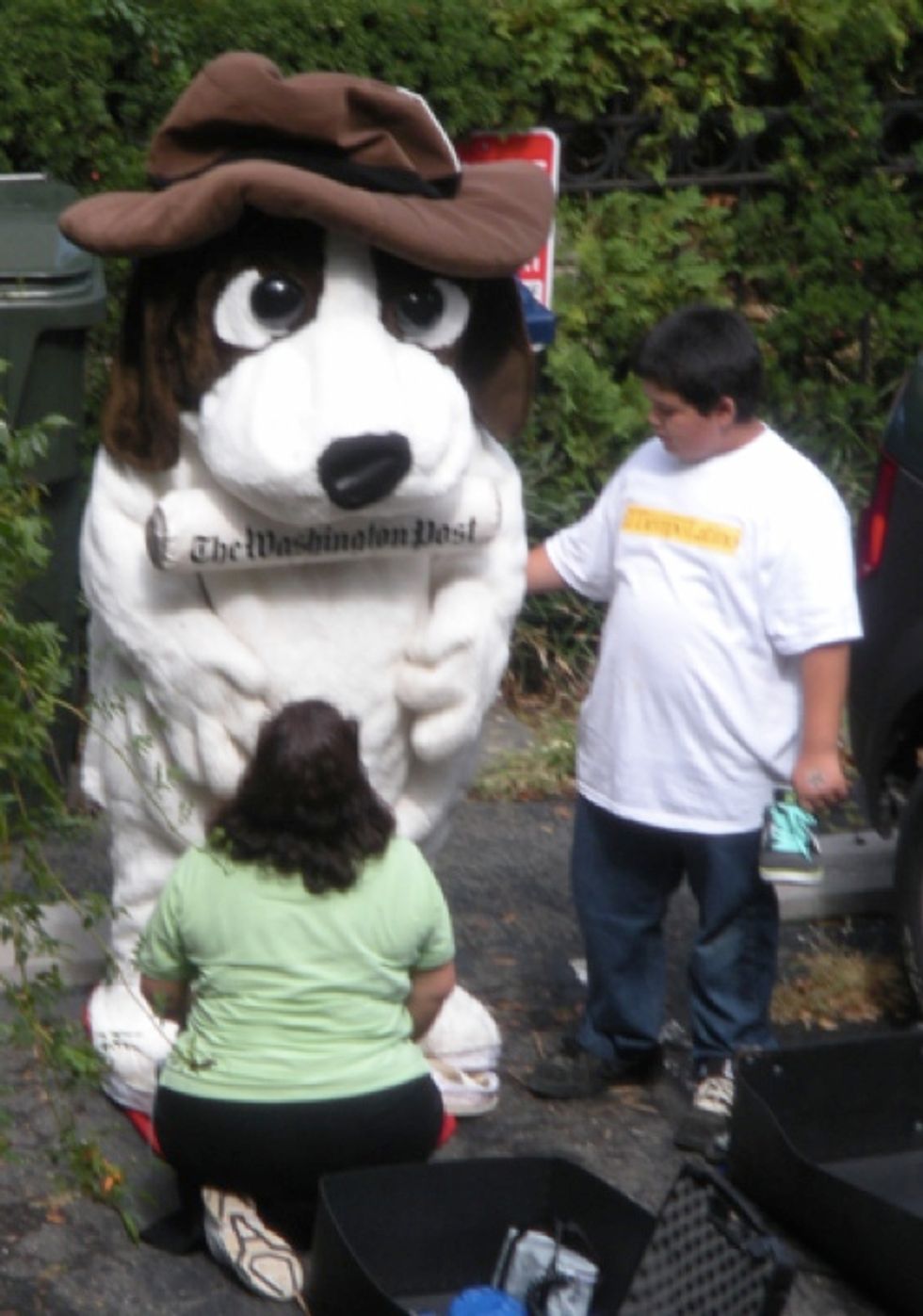 Seventy-year-oldWashington Post features editor Henry Allen, like many of us, frequently wants to punch the writers of Washington Post articles immediately after reading them. But you can't actually do that, Henry! Oh, wait, it was a "charticle" someone else had assigned that infuriated him so much last week. Punches are justified on anyone who writes a "charticle," of course.

According to many sources, the incident began when Style editor Ned Martel assigned a semi-political story to Monica Hesse and [Manuel] Roig-Franzia. Playing off of an inadvertent disclosure last week that many congressmen are being investigated for ethics violations, Martel asked the two Style writers to compile a list of similar disclosures in the past. They came up with a “charticle” with a dozen examples, starting with Robert E. Lee’s Civil War battle plans for Antietam showing up wrapped around cigars.

Allen took a look and didn’t like. He started ranting about the number of mistakes he had found.

Hesse at one point asked him to send the copy back to her. She got a bit teary at the verbal beatdown.

Allen, according to sources, said: “This is total crap. It’s the second worst story I have seen in Style in 43 years.”

Roig-Franzia then wandered into the newsroom. A veteran foreign correspondent, he has been turning out political features for Style. He heard Allen’s rant and stopped by his desk.

Allen lunged at Roig-Franzia, threw him to the newsroom floor, and started throwing punches. Roig-Franzia tried to fend him off. Brauchli and others pulled the two apart.

At some point during the America's Next Great Pundit competition, the competitors will take turns facing Henry Allen and his sidekick boxing kangaree in a mudpit gauntlet fight.

Fists Fly After Post Editor Tells Writer, “It’s the Second Worst Story I Have Seen in Style in 43 Years” [Washingtonian]