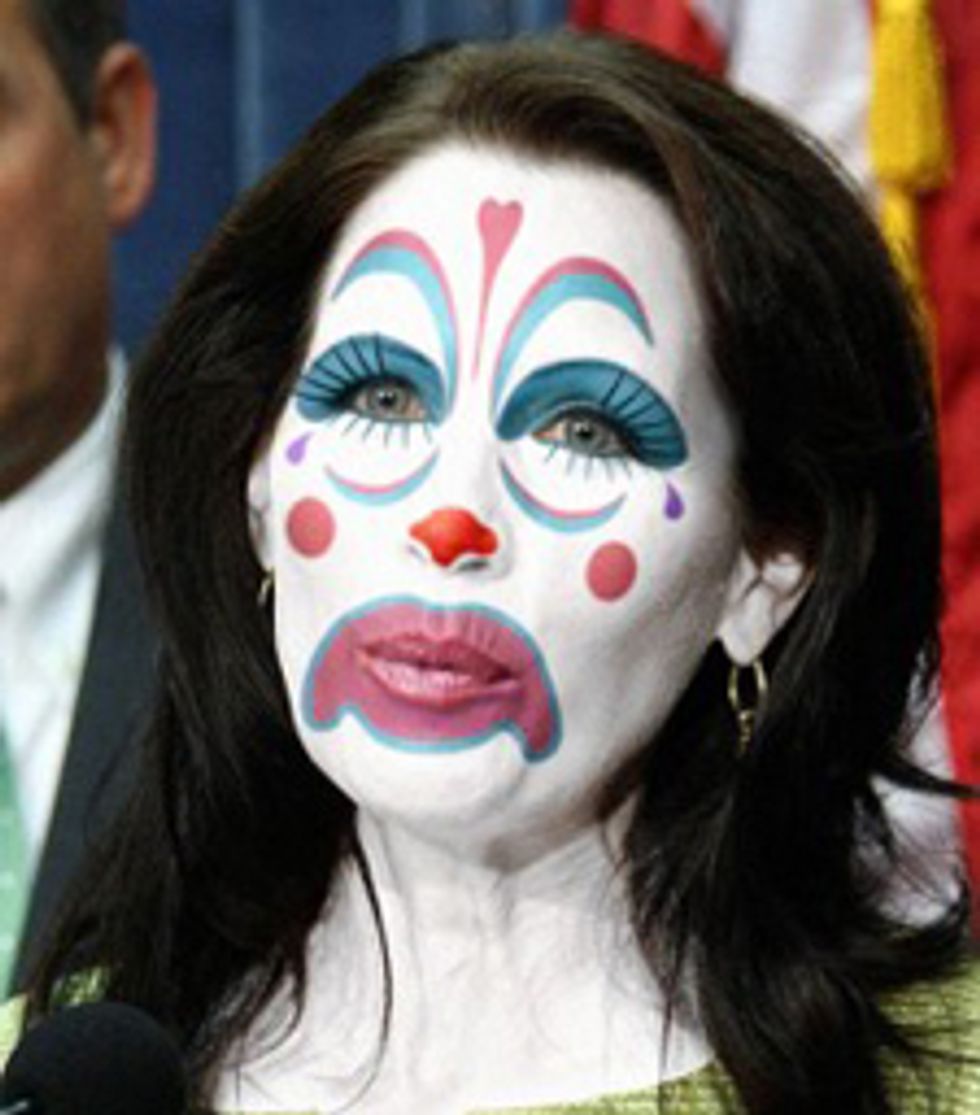 We've seen this ruse before, Bachmann. You think no one would suspect it, then you get caught, and now you're all,"Oh, I'm done being Swiss." She only loves "America" now. We're not buying it, SPY. This continues to all be the Left's fault.

Here's her letter, which essentially says, "I FUCKING LOVE THE UNITED STATES, HAMBURGERS, PIE, AND WAR." The Greatest. Nation. The World. Has. Ever. Known. Ever. Best. Winners. God. America:

"Today I sent a letter to the Swiss Consulate requesting withdrawal of my dual Swiss citizenship, which was conferred upon me by operation of Swiss law when I married my husband in 1978."

"I took this action because I want to make it perfectly clear: I was born in America and I am a proud American citizen. I am, and always have been, 100 percent committed to our United States Constitution and the United States of America. As the daughter of an Air Force veteran, stepdaughter of an Army veteran and sister of a Navy veteran, I am proud of my allegiance to the greatest nation the world has ever known."

This is so stupid funny. Can you imagine caring about this? We knew they'd freak but wow, just check out this one column in the DC Examiner: "Michele Bachmann must immediately step down." They hate her now. Thanks a lot, moral relativist post-national Left.