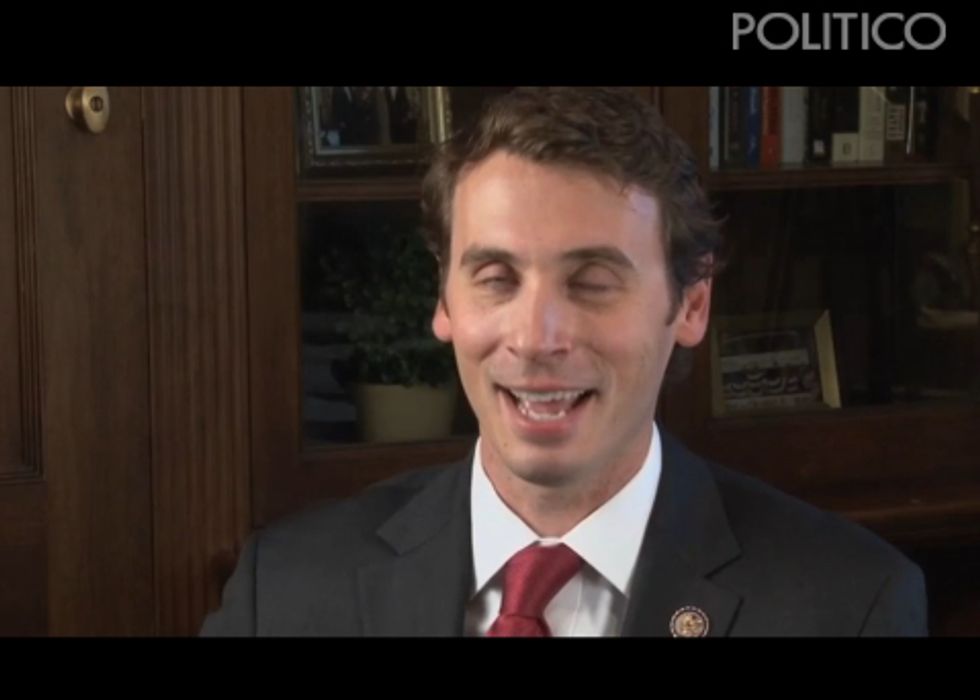 Guess what? Politicogot to talk to Ben Quayle! Ooh, what is he like? Do you think he'll like Politico? Will he want to be friends with them and stuff? He's so cool because he's the only member of Congress who hasn't had at least one bout with prostate cancer in his life so far. Everything about this is disgusting. Who are these people? Is Ben Quayle lying about having a dog now? Has Mike Allen ever had a better orgasm than the one he has when Ben Quayle tells him he reads his 3 am newsletter?

Oh, they're just like us! Us being swamp creatures. Swamp creatures who are pretty famous in certain mounds of mud and dead fish! [Politico]