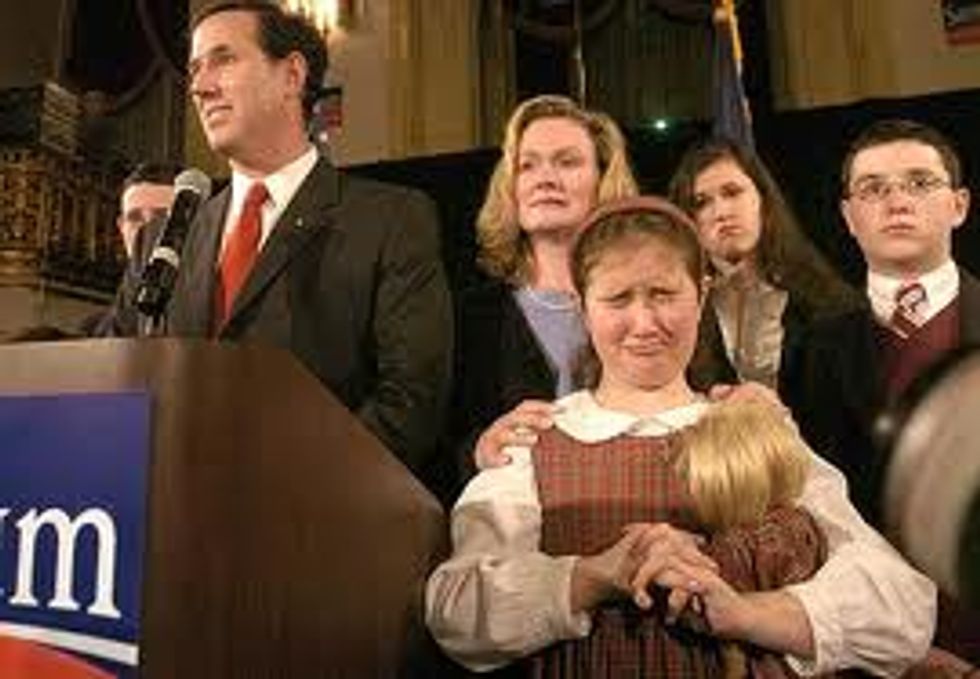 Do you hear that? That is the sound of weeping -- really, that phlegmy, breathless, hacking snot-snarfling SOBBING -- throughout the land as political humorists realize the little spitty, sneery, smegmatic Torquemadita has bowed to something called "reality." And now he is not quitting, per se (because that way you can no longer spend your campaign funds maybe?) but is "suspending" his campaign. Is Rick Perry's campaign still suspended? Is Herman Cain's? Did those dudes ever actually quit? Anybody wanna check on that?

When did this "suspending" campaign thing start anyway? It must have been pre-McCain right? (You remember: the MAVERICK ONE was constantly flying around the country, "suspending" his campaign because the only other way to show how truly erratic he was was to select Sarah Palin as veep?) The first campaign "suspender" we can think of was oddball Ross Perot, but he was actually just constantly quitting and then getting back in?

Anyway, this is a terrible thing that has started happening, in politics. Please grab the only clue from the Snowbilly Grifter and just fuckin' quit, man. Just grab two beers and slide down the emergency exit slide. Be a hero, not a zero.