BREAKING: Sarah Palin Does Not Have A Future, Says Last Guy In America To Realize That 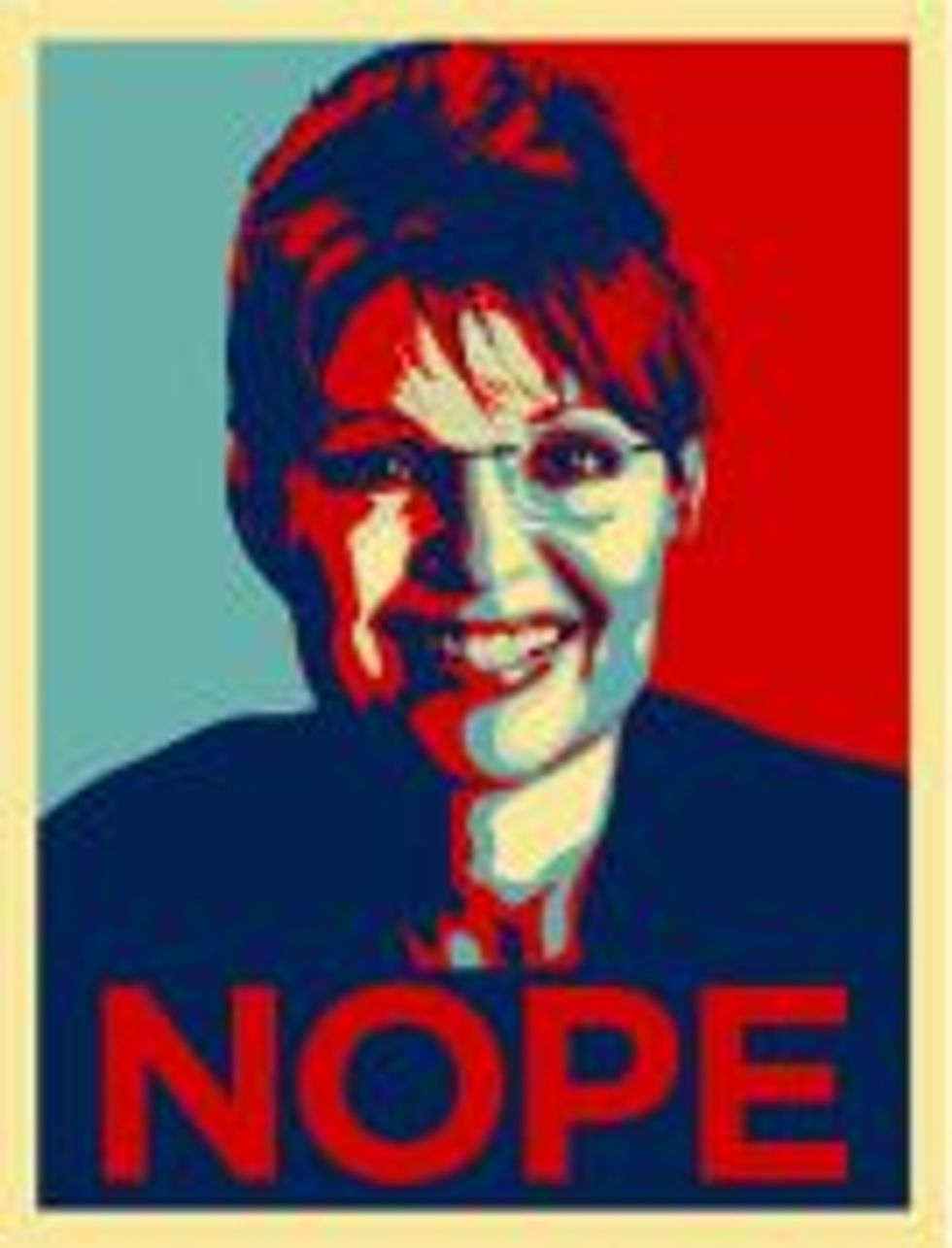 Bill Kristol -- Mensa poster child, inventor of Dan Quayle AND Sarah Palin, andhater of kids these days with their rock 'n roll music and their tolerance for gay homosexual matrimony -- has some news that will shock you to your core. If you have been living in a coma under a rock in a hole in the ground on Mars.

“I was asked, ‘Does Sarah Palin have a future?’ and I just tried to give an analytical answer, which is I don’t think she does having resigned as governor,” he said.

He continued, “This is useful to think outside the box, not just accept the conventional wisdom…If she wants to have a serious future in American politics, as opposed to giving speeches occasionally, causing a ruckus with Facebook posts, she should run for office. Running and winning takes away a lot of the baggage of the past.”

Well, shut the front door! No one could have predicted that quitting her job as governor because something incoherent about dead fish and also paperwork also would make it harder for her to convince people to give her another job. You know, besides Bill Kristol's fellow Mensa members at Fox "News," who paid her $15.85 per word before saying thanks but no thanks to renewing her contract but then hiring her back anyway because Fox is not as good at quitting stuff as Sarah Palin is.

Of course, Billy boy had to wingnutsplain why Palin does not have a future because just the other day he'd said that she could "resurrect herself" by fulfilling the teabaggers' demands that she magically become their senator despite all the polls proving that will happen approximately five minutes after NEVER.

“I think the way Palin would possibly resurrect herself — if that’s the right word or rehabilitate herself, I think is a better way of putting it — with a run for Senate in Alaska in 2014. I’m not urging that. I’m just saying, if I were her adviser, I would say, ‘Take on the incumbent, you have to win a primary, then you have to beat an incumbent Democrat, it’s not easy.’”

Yes, if she were to actually run for office instead of just pretending she might run for office because her 15 minutes have faded and EVERYONE PAY ATTENTION TO ME STILL PLEASE ALSO (TOO)!!!!! isn't working like it used to, she could Jesus herself into a second act in political life. It won't be "easy" -- or, you know, even remotely possible -- but a wingnut can dream. Until he realizes, years after the rest of us have, that he can't.