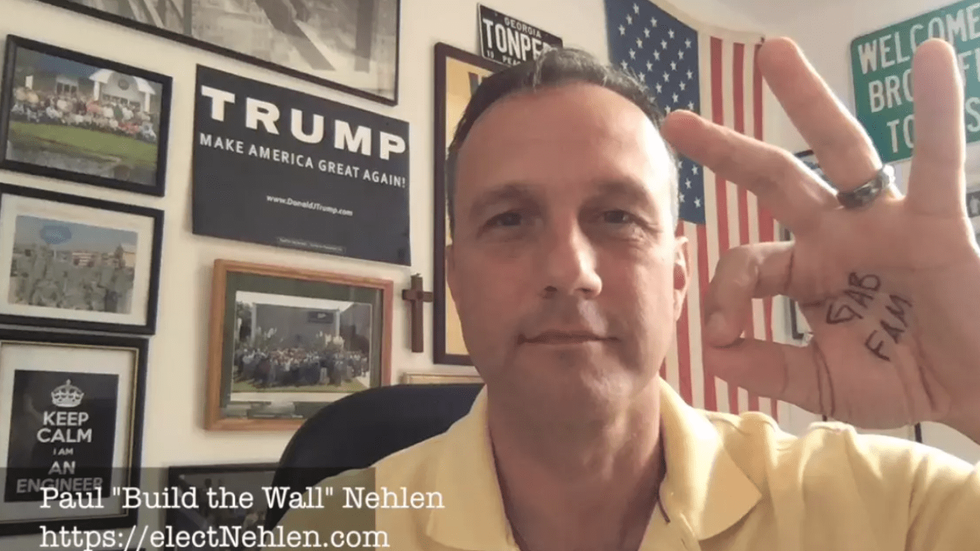 Earlier this week, Dead Breitbart clutched its pearls in sheer horror after CNN lead anchor Jake Tapper dared to refer to Paul Nehlen -- the white nationalist challenging Paul Ryan for the Republican nomination in Wisconsin’s First Congressional District -- as a "Breitbart favorite" after Nehlen tweeted that he was reading a Kevin MacDonald book about how bad the Jews are.

FAKE NEWS! cried Breitbart writer Matt Boyle, in a fit of agony and despair, horrified that anyone would ever suggest that the site would have anything to do with former Breitbart writer Paul Nehlen.

According to Boyle, the site had actually "cut ties" with Nehlen long ago, just as soon as he made his white nationalist tendencies public.

Lead Anchor Jake Tapper falsely alleged on Wednesday morning that Paul Nehlen is a “Breitbart favorite,” despite the fact that Breitbart News has cut all ties with Nehlen and removed his contributor page from the website after the challenger of House Speaker Paul Ryan in Wisconsin’s First Congressional District made a series of anti-Semitic and pro-white supremacist comments. These developments fit a larger pattern of very fake news from CNN after CNN spiked a fake story it had planned to print about Breitbart News last week and comes in a year where the network has seen top talent forced to resign amid getting caught printing inaccurate and unverified information.

The 80,000 word essay then summarily devolved in to madness and a lot of screaming about Oliver Darcy and how all of CNN is FAKE NEWS. How very rude it was of Jake Tapper to say such a thing, when neither Breitbart nor Steve Bannon had had a thing to do with Paul Nehlen for at least one million years, or at least had not given him any coverage in "several months."

Except for that time earlier this month when he spoke at a Roy Moore rally with Steve Bannon. And also the time last week when Nehlen appeared on former baseball player Curt Schilling's Breitbart radio program to talk about how it is absurd that, in the case of Roy Moore, people were willing to believe women over a man, and also his desires to move the Overton Window to the right.

“There’s a lot of followers out there, there’s a lot of people out there, that look up to me and I take that seriously,” Nehlen said. “But you know, people like you who are out there every day—you wake up every morning and you work hard, you get your message out, it’s imperative that you realize, ‘Hey, there’s a bunch of people out there like me, who aren’t going to give up.’ And if we’re all moving forward in the same direction, moving that Overton Window to the right, and saying, ‘Hey, this fake news media, that doesn’t work us, that doesn’t scare us’—you know, I’m standing up for people’s free speech, lawful speech.”

“You are very much a constitutionalist which is one the reasons why I’m a fan,” Schilling told Nehlen during the interview.

Schilling also tried to make the case online that reading the book did not necessarily make Nehlen a white supremacist.

Meanwhile, over on Gab, Nehlen was reposting sentiments from Christopher "Crying Nazi" Cantwell.

But also he rejects the label of white supremacist, because he's simply pro-White and you wouldn't call pro-Jewish people Jewish supremacists WOULD YOU?

Nope! No cognitive dissonance here! Everything is lining up perfectly. Breitbart has always been at war with Paul Nehlen, and also no one is even sort of aware of the we're not racists, we just really love white people, ok? spin that David Duke tried to put on white supremacy back in the 1970s, as explained in the easily accessible Wikipedia article on David Duke. We are all very definitely being fooled here. Guess you guys are just too darn smart for the likes of us!