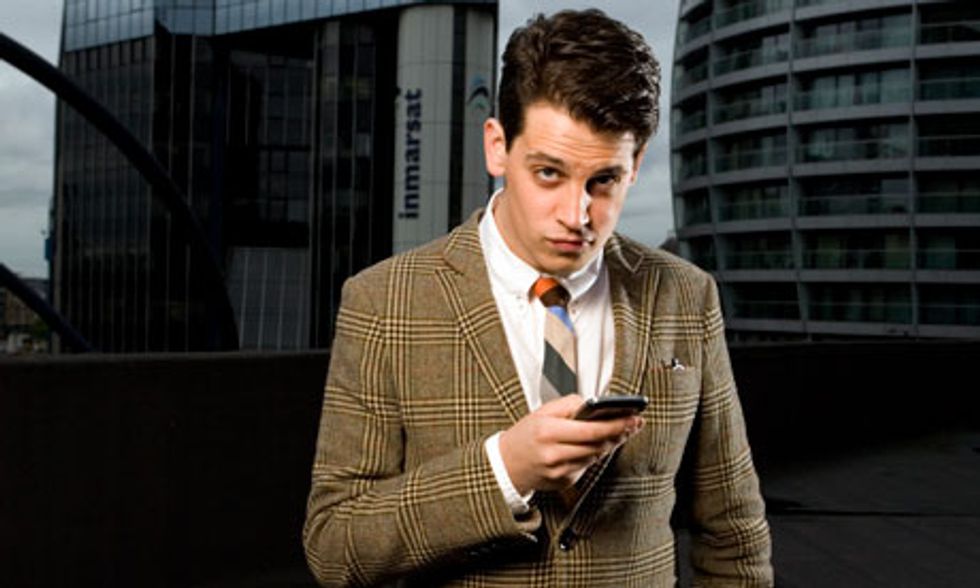 Well how's this for brand expansion? At some point that we were blessedly unaware of, the Breitbart Empire got itself a London bureau, and yesterday it ran a thoughtful piece explaining that, for the sake of not harming any innocent victims, anonymity for rape suspects should be the norm. After all, no decent fellow should become the victim ofwhat the headline calls "Slut's Remorse," which happens all the time, because you know how women are, the sluts. Don't these women have any idea how painful a rape accusation can be?

The post explaining how women can often change their mind about rape accusations is by one Milo Yiannopoulos, whom we'd never heard of, but we have a sinking feeling that we'll hear more from this stellar BritBart fellow. And he knows exactly how most rape accusations come about!

Who among us has not rolled over, bleary-eyed and foul-smelling, to an unfamiliar bedfellow, and thought: oh God, what have I done this time? In such situations, most of us have the good grace to scold ourselves for one too many tequilas, order a cab home and get on with our lives.

Some people, however, decide to exact revenge on their sexual partners, sometimes in retaliation for their own poor choices, sometimes for a variety of other, peculiar psychological reasons. It’s what I call “slut’s remorse,” and it’s the reason we need to keep the names of rape suspects a secret until they are charged.

He even has two very clear examples: "Nigel Evans, a British Member of Parliament who was accused of behaving inappropriately toward a young man," but was found not guilty, so.... wait, he was charged and tried, and you're still wishing his name didn't come out? We're not sure we follow here. His other sterling example of a fine lad who was unjustly accused is even more obviously a slam dunk:

The second was that of former Oxford Union president Ben Sullivan, aged just 21. It is possible that some undergraduate might feel she had been taken advantage of, yet it was not so: no charges were brought. Fortunately, Sullivan and his parents have had the good sense to blitz the papers with interviews about his harrowing experience after these “poisonous” allegations. Had they not done so, Sullivan’s life could have been destroyed.

For too long, men have been a silent class of victim in rape cases, unable to protect themselves from the consequences of victimless drunken fumbling and, yes, from vindictive bitches -- whether male or female -- lashing out in frustration about their own self-loathing.

Now, don't go accusing him of misogyny, you shrill feminist harpies, because Milo Yiannopoulos is no sexist! He actually cannot be a sexist, because he is gay, you see.

Plus, he had a friend who was falsely accused of raping and beating a former boyfriend, and there were even photos of bruises to the "victim's" wrists, and it looked like an open and shut case: "My friend was readying himself for life as a bitch in the slammer." (Note the tough-guy use of the slang, which denotes that Yiannopoulos is street-wise.) Except it turns out that the accused innocent man had kept a voicemail where the accuser said

“I love it when you use me, and beat me […] I want you to hurt me bad.” The whole thing collapsed; the boy admitted he had called the police out of spite after their break-up and he now regretted the matter had “gone too far.” And that was that. My friend, a public sector solicitor, had of course already lost his job.

Comes right down to it, this very typical example proves that most people who cry rape are just bitchy sluts, and so Britain needs a law to keep the names of people accused of rape secret until they're charged. Or, since Nigel Evans was found innocent, maybe it would be better to keep rapists' identities secret until there's a conviction. Or maybe after they've exhausted their appeals.

The point is, what is to be done about all these lying sluts? (Of both genders, so that Yiannopoulos can continue his status as a non-misogynist.) They are clearly the real problem. Now, just to help American readers relate, we just need a way to blame Barack Obama, too.