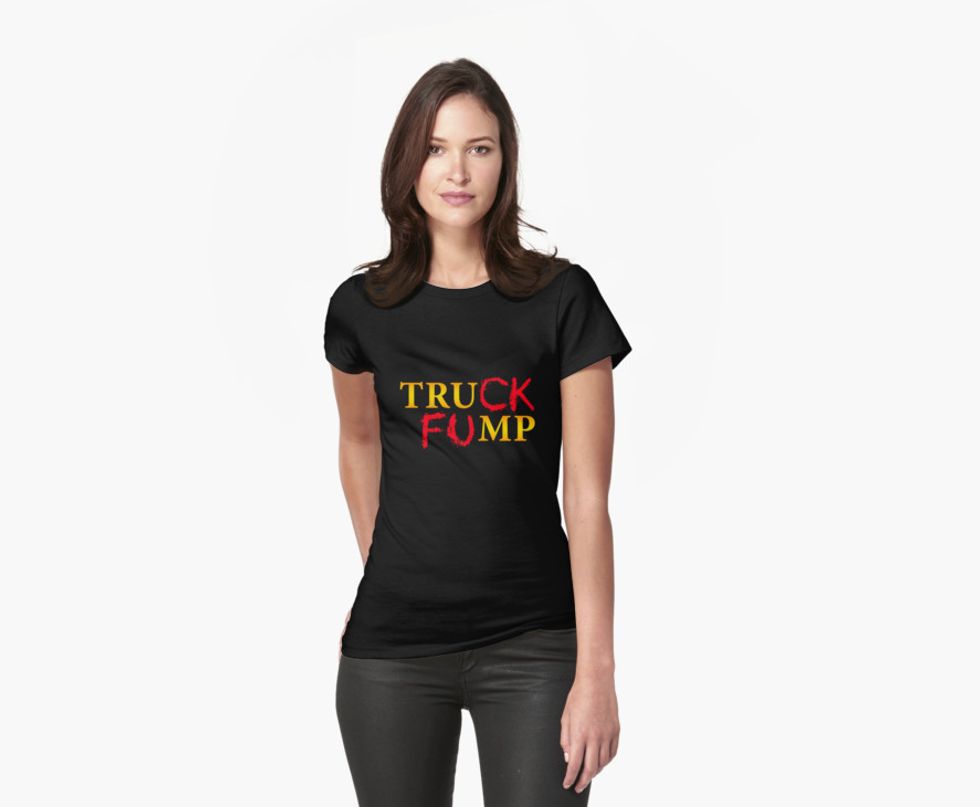 Michelle Fields, right before that bus hit her

What to do, what to do! On the one hand, Breitbart "News" (LOL) doesn't want its gal reporters assaulted by random Trump campaign managers at increasingly Thunderdomian Trump rallies. But on the other, it is Breitbart, and they're weird dumb lunatics who genuinely thrill to licking Donald Trump's powerful and glorious taint (and also, per four staffers, some sweet sweet Trump-brand grift). After some days of vague pitiful pleas for an apology "if" their reporter were assaulted, they decided: this golden Donald Trump Lear jet wasn't going to run over Breitbart gal reporter Michelle Fields all by itself!

And so Breitbart published its own investigation into the wee small tempest of its reporter being assaulted at a Trump rally, on the same day its reporter filed assault charges against Donald Trump campaign manager Corey Lewandowski, and vroom vroom vroom sorry about those tire tracks, Michelle Fields! But they mostly don't blame you for making the whole thing up like a common date rape "victim" -- instead, they have some dumb schmuck from the "MSM" to blame, whew thank Yahweh!

Given the similarity in appearance between Lewandowski and the security official, and given the fact that Lewandowski was walking on the other side of Trump from where Fields was at the time, the possibility of mistaken identity cannot be ruled out. Indeed, given Lewandowski’s adamant denials (coupled with statements inappropriately impugning Fields’s character), it is the likeliest explanation.

In addition, the injury may have been accidental, owing simply to the chaos of the press scrum. A video filmed by a local CBS reporter earlier in the evening shows Fields standing near Trump and the same security official, with no concern or alarm on the part of Trump campaign staff.

Fields relied in good faith on Terris’s confirmation, and later assertions, that the person who touched her was Lewandowski. But he cited no other source to prove his claim, neither at the time nor in the Washington Post.

Yes, he cited no other sources but his eyeballs, and who are you going to believe, a Washington Post reporter's eyeballs or the people who saw thousands of Muslims dancing on New Jersey rooftops in celebration of 9/11? But let's let the Internet ask that WaPo reporter, Ben Terris, again:

“I saw what I saw,” said Terris in a brief chat with [the Erik Wemple Blog]. During the whole incident, says Terris, he had his “eyes trained on Corey Lewandowski,” because Terris was there to profile the campaign team with a focus on Lewandowski. Terris took strong issue with Pollak’s assertion that mistaken identity is the “likeliest explanation” based in part on Lewandowski’s denials. “Because he denied it?” asked Terris. “This is Breitbart.”

But why would Donald Trump campaign manager Corey Lewandowski manhandle a Breitbart reporter? Here's Michelle Fields asking that same thing, in audio of the incident obtained by Politico:

Fields: “Yeah, I don’t understand. That looks horrible. You’re going after a Breitbart reporter, the people who are nicest to you?"

It would be like if we saw Old Handsome Joe Biden out getting bagels, and he punched us in the face. It would be that weird. HI JOE! HIIIII!

Ah, but there's an explanation, according to the Daily Beast:

Lewandowski’s explanation to Boyle, said these sources, was that he and Fields had never met before and that he didn’t recognize her as a Breitbart reporter, instead mistaking her for an adversarial member of the mainstream media. Trump’s press secretary, Hope Hicks, didn’t respond to an email seeking comment. Nor did the usually responsive Boyle.

If you would like to read something stupider about the whole thing, Chuck C. Johnson has some pixels for you, you probably shouldn't read it but it boils down to: Michelle Fields once said Allen West groped her, but then didn't want to be a source, but I went with it anyway or something because I am an awesome reporter but I don't know if I believe her now, and also she reports in heels and maybe falls down a lot. (That is a true and accurate summation of Chuck C. Johnson's me-too blog post on the matter, minus him bitching about guns or something, I don't know, he's a very bad writer and bad at his job.)

And there you have it: Trump knoblicks (and possibly payees!) at Breitbart have managed to find a way to let their beloved Trump get away with calling their reporter a person who makes things up for attention like a common co-ed, and also let his campaign manager "allegedly" assault her (because he thought she was just a regular reporter, and that is why we don't go to Trump rallies), and all is exactly as it was before, which is to say:

These guys ain't got your back, Ms. Fields. But my husband made these, and we'll send you one free if you would like.