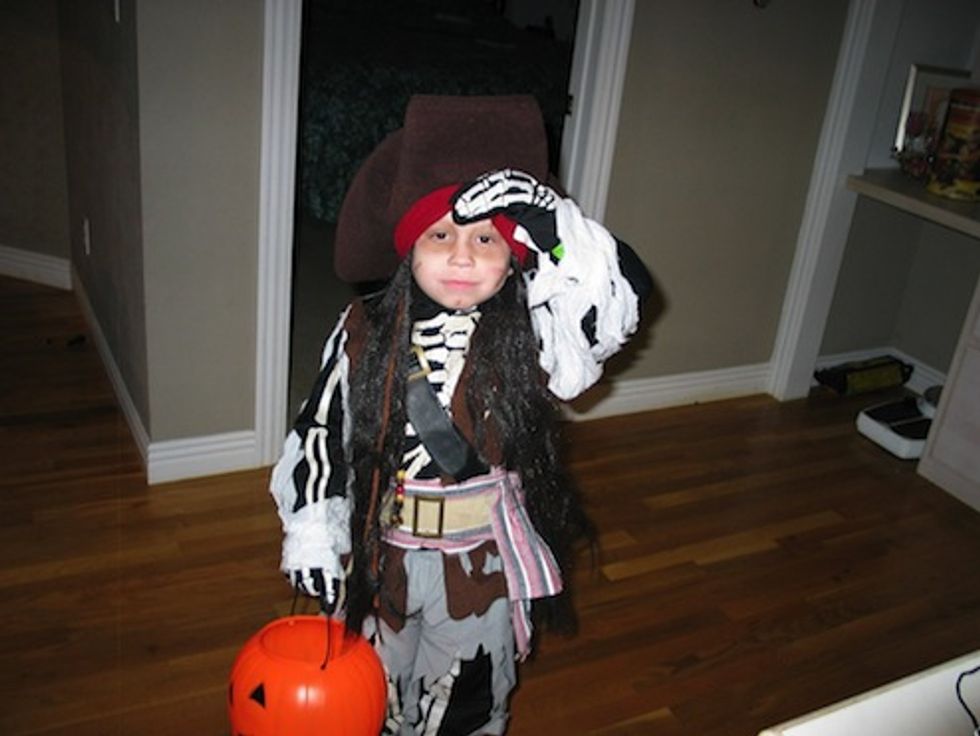 Ghost Andrew Breitbart's Internet Home For The Criminally Petulant has landed another hot scoopty-scoop today, following their masterful expose ofAdidas-manufactured terrist prayer rugs. And that scoop? All those border children who are, eventually, released to family members in the United States while they wait for their George W. Bush-sanctioned due process, are allowed to fly on planes to meet those family members even though they don't even have a drivers license or US passport. Because of how they are children. But! explains Breitbart, how do we know they are not Somali pirates in disguise? Like that one movie where the couple adopts the little girl, but she is actually 34 years old, and also a Yemeni bomber? That movie was scary.

AND WHAT ABOUT THE SCABIES? Will nobody think about the scabies?

Illegal aliens are being allowed to fly on commercial airliners without valid identification, according to the National Border Patrol Council (NBPC). “The aliens who are getting released on their own recognizance are being allowed to board and travel commercial airliners by simply showing their Notice to Appear forms,” NBPC’s Local 2455 Spokesman, Hector Garza, told Breitbart Texas.

Welp, don't know about you but we are not quite scared enough yet. Surely there are greater threats then children (and some moms) getting to fly to the family members who will keep them until their hot date with the judge?

Spokesman Garza highlighted the significance of the NBPC’s assertions regarding security threats posed to the American public and stated, “The threat this poses from terrorists upon the American people is absolutely unacceptable. Central Americans are not the only people crossing our border and being released. Does anyone actually think that cartels and others criminal or possible terrorist organizations are not taking advantage of the fact that we are having to leave our border wide open while we reassigning the majority of our agents to process family units and minors? Of course this situation is being exploited by such threats.”

Well, it does say "threat" three times in a paragraph, so by the law of math, that must mean there is one. But -- and we are just spitballing -- maybe "dudes who get swept up at the border and look like they are in cartels due to all those canteloupe calves" will not just automatically get released on their own recognizance? Because that RoR is specifically about children, per George W. Bush's 2008 antitrafficking law? We're not a lawyer, and we haven't bothered asking any, but we will go with "we are probably right, and Breitbart is probably wrong, because they are fucking morons who think a soccer jersey is terrorist."

But tell us about the Somali pirates, Ghost Andrew Breitbart?

The UN Office on Drugs and Crime's "Transnational Organized Crime in Central America and the Caribbean" revealed that individuals from the terror-prone Somalia were traveling to Central America in efforts to illegally enter the United States. The report states:

Case closed, the ICE cannot tell a Somali pirate from a Guatemalan child, because Breitbart is fucking stupid as balls, the end.