Breitbart's Ghost: Obama Learned How To War On Catholics From Catholic Cardinal At War With Catholics 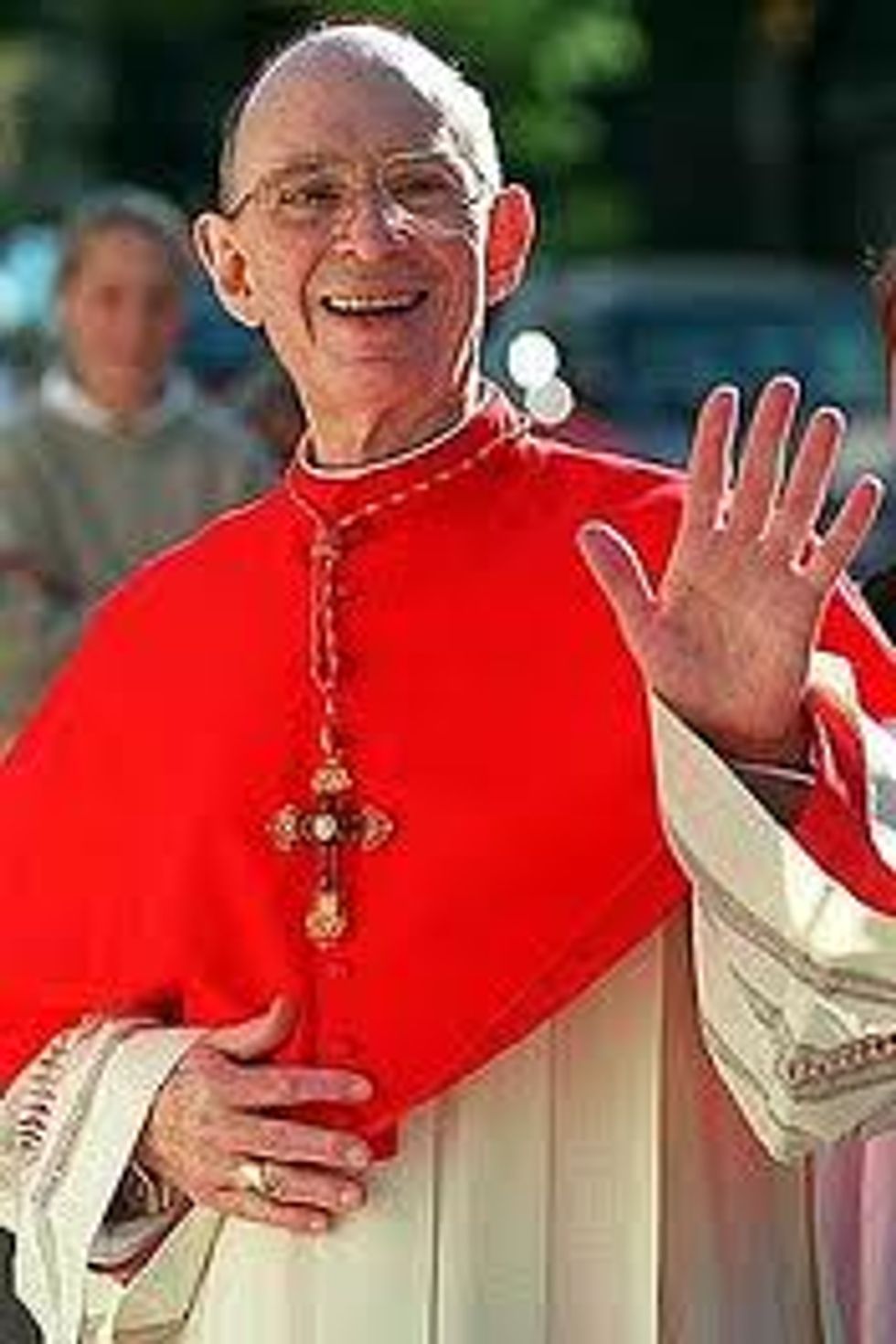 You guys, the Ghost of Breitbart is back withMOAR VETTENING, and the newest installment is AWESOME. Perhaps you have been wondering just when Barry O's hard-on for ETERNAL WAR against the Papists began? Well it began because he ACORNED for liberal Catholics in Chicago, including the then-liberal Chicago Cardinal (the Church kind, not the beisbol kind) Joseph Bernardin, who okayed his travel expenses and such. How liberal was this Cardinal Bernardin? He said Gorbachev deserved the credit for the breakup of the USSR, NOT REAGAN!!!1!

Obama’s travel documents and expenses were signed and approved by the late Cardinal Joseph Bernardin, a controversial figure in the Catholic church who supported nearly every left-wing movement within it. Though Bernardin was well liked in Chicago, especially by a fawning media anxious to have a Catholic imprimatur on nearly every social issue of the day, Bernardin's work undermined many Catholic teachings.

And perhaps most mischievously, [Cardinal] Bernardin called for a “consistent ethic of life,” which tied the anti-abortion cause to pacifism and redistributionism and therefore gave cover to liberal Democrats trying to claim they were Catholic.

Our bold and stuff. Also, did you know this Catholic Cardinal hated Jesus so much that he ATE HIM every week?

Anyway, Alinsky, etc, because of course. BURN HIM! And then excommunicate him, and then BURN HIM AGAIN! [Breitbart]