Breitbart’s Ghost: Obama Hung Out With Commies Like Studs Terkel 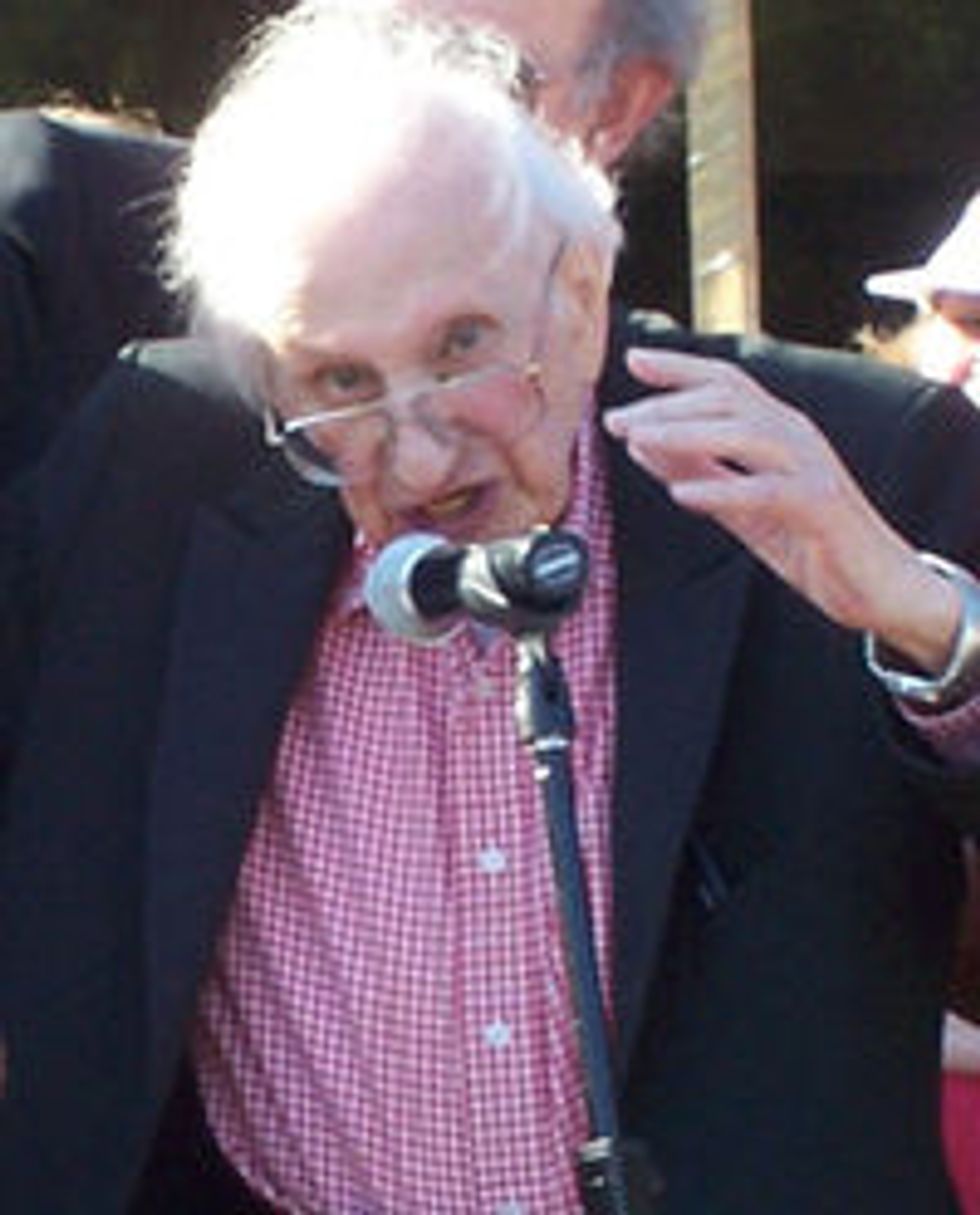 Well, this is just aterrible disappointment. After all our excited yammerings on what goods the prematurely late American blogger Andrew Breitbart might have got on Our Obammerz, it seems the best Sir Breitbart could come up with was ... he sat on a panel with Communists like beloved, Pulitzer Prize-winning American historian and author Studs Terkel. I mean, just listen at the titles of Terkel's best-selling "books," and you can see the type of anti-American pinko slut he was: The Great War, My American Century, Giants of Jazz, Working. (To be fair to Breitbart, though, Terkel also wrote Race: What Blacks and Whites Think and Feel About the American Obsession, and that does have a certain Kenyan Mau-Mau anti-colonialist ring.)

So that's how non-insane people know Terkel, but how does Breitbart know Terkel? Would it surprise you, "differently"? Here is a Thing, that Breitbart "wrote," as an explainer of the Dastardly Villainism of Obama copanelist Terkel, at some panel they were both on, in the '90s:

Studs Terkel: A sponsor of the Scientific and Cultural Conference for World Peace in 1949, which was arranged by a Communist Party USA front organization known as the National Council of the Arts, Sciences, and Professions.

Yep, that's what he was famous for. And what does Breitbart make of this Red (guilt by) association?

The reason that Obama's Alinskyite past, and his many appearances in political photography and video from the 1990s, are conspicuously missing from the national dialogue is that State Senator Barack Obama's reinvention as a reasonable and moderate Democratic politician could not withstand scrutiny of his political life.

Because the mainstream media did not explore his roots, the American public remains largely ignorant of the degree to which Obama’s work with ACORN and his love of Alinsky were symbolic of his true political will.

We would explain this more but does anyone besides K-Lo at all care? Your editrix is actually kind of saddened (on the real) that this is Breitbart's legacy; you can't even edit that shit into a terrible libel! Mr. Breitbart, we expected better -- something a little more long-knives "Rules for Radicals" -- as your screamy shrieky swan song.