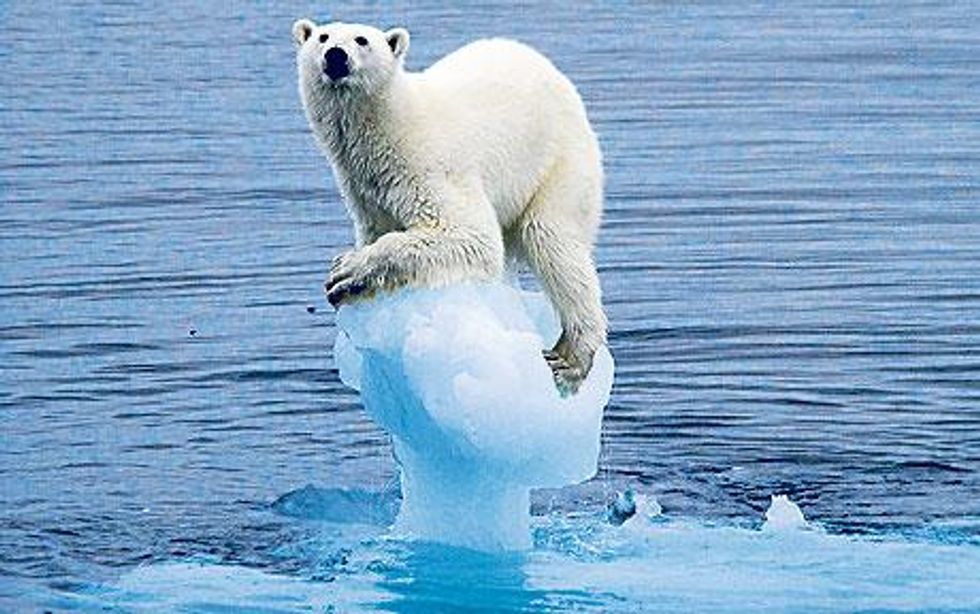 We are basically in an imminent death-spiral, says a new report that will probably be ignored:

Senior US government officials are to be briefed at the White House this week on the danger of an ice-free Arctic in the summer within two years.

Worried? Don't be! First of all, this will mostly affect Poors and women, and who cares about them? Nobody, that's who, otherwise they wouldn't be Poors. Or women, duh. Also, the Free Market will rescue them anyway (assuming, of course, that global warming doesn't set all the Bootstraps on fire and cause a global Bootstrap shortage), and even if it doesn't, there will be a Second Coming and it will all be part of God's Plan.

And we still haven't gotten to the BEST PART, which is that an ice-free summer means more oil and more jobs for everyone!

Arctic "stakeholders" include US, Russian, Canadian, Norwegian and Danish energy firms, which are scrambling to exploit the northern polar region's untapped natural wealth. The region is estimated to hold a quarter of the world's remaining undiscovered oil and gas reserves, sparking concerted efforts by these countries to expand their Arctic military presence.

Those sound nice, we should make sure to do nothing that could possibly forestall that, which is good because we won't. Easiest. New Year's Resolution. EVAR.