Bring Your Trumpets, We Are Having A New Orleans Style Funeral For 'Comedian' Steven Crowder's Fox News 'Career' 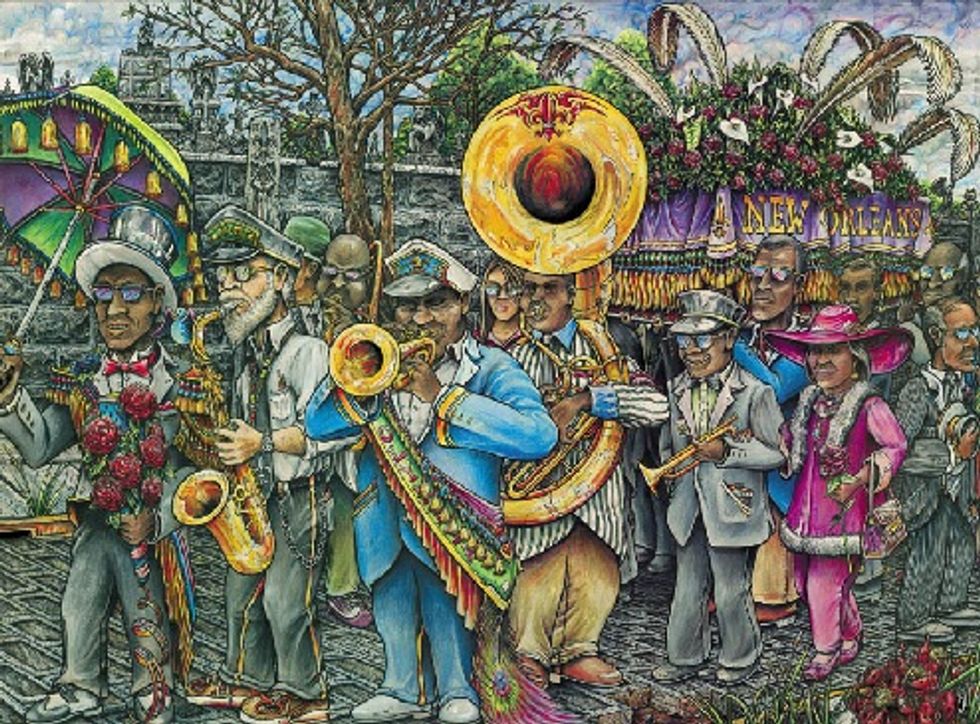 We bring you grievous news, brothers and sisters, via the goodly offices of Breitbart.com. They inform us that Steven Crowder, Fox News "comedian," has been unceremoniously canned by America's greatest news network, though they do not so much tell us "why," as report a bit on the fallout: apparently, Crowder has been talking smack about human-shaped tire fire Sean Hannity, and unnamed Fox execs have been firing back!

Fox hired Crowder four years ago and gave him a lot of visibility. But the problem was that he was never that funny, and, in addition, he crossed the line more than a few times. So we let him go. It happens. This is a business. But now, sadly, on his way out the door, Crowder is proving his true colors, by being disloyal to the folks who took a chance on him and had him on the payroll for so long. The attack on Hannity only further underscores the wisdom of our decision to part company with him.

That is all well and good and stupid and juicy, but what of our hunky hero, the dearly departed? Let us not weep, brothers and sisters, for the death of Steven Crowder's Fox News career. Instead, let us remember with joy the life his career lived, and the laughter it brought us lo these many years!

Remember the time that union thug punched Steven Crowder in the face? Here, let Cenk Uygur splain it at you for about one million years.

Remember when Steven Crowder, a virgin married for 45 minutes, taught us all how to bone our wives?

Remember when Steven Crowder went In The Ghetto?