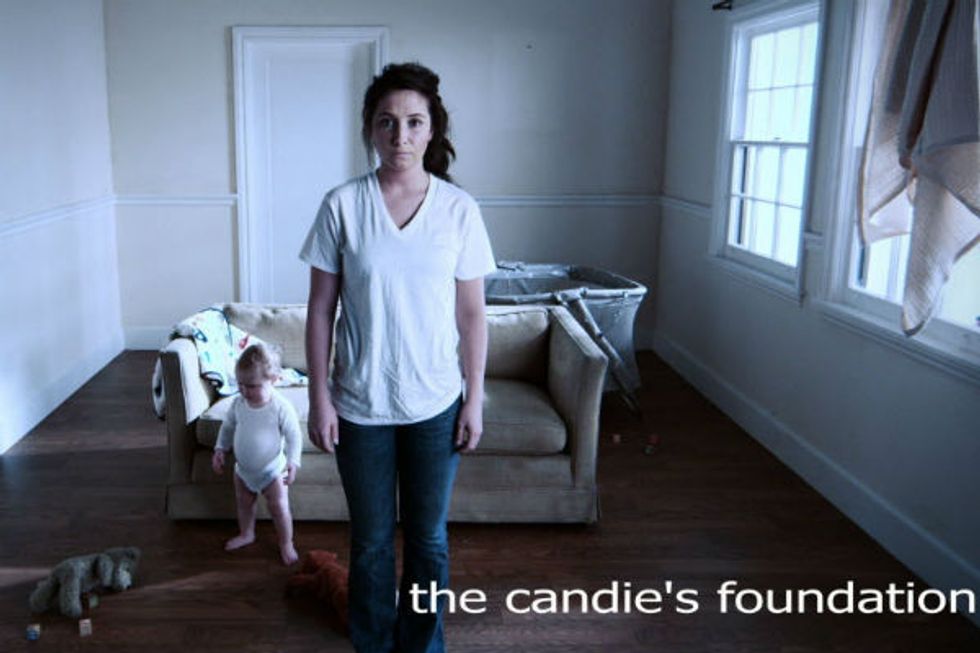 Not actually every little girl's dream

Uh oh, someone put a shiny thing in front of Bristol Palin's face, and now her ghostblogger has to write about how SO MAD Bristol is. Seems she learned that the state of Washington has a program to provide teenage girls with free birth control, so that when they are drunk-fucking their redneck boyfriends in the back of a truck, they don't accidentally end up with a baby inside of them, aw gee moose poops, how did that get in there?

Do you remember what it was like to be a 10 year old?  I remember being an unabashed tomboy concerned with playing outside and acing 5th grade.

But life isn’t so innocent and carefree for some 10 years old in Washington State.  This summer a report came out claiming that some schools in Washington were giving free birth control implants to children as young as 10 years old!  These birth control devices are implanted in a girl’s uterus, and all of this can be done without a parent’s consent!

Aww, it's real sweet the way Bristol remembers being an innocent and carefree kid and has managed to forget that time she got knocked up a few years later in high school because she had the kind of idiot parents who say "Just don't have sex," which is not actually an effective form of birth control. See, for example, Bristol motherfucking Palin.

As in many states, Washington's teens do not need their parents' permission to obtain birth control. This allows teenagers who are smarter than their just-say-no parents to avoid ending up like Bristol motherfucking Palin. Also? Providing access to long-term contraception like IUDs is a terrific way to drastically reduce teen pregnancies and an excellent investment of government dollars. True story! The Colorado Family Planning Initiative, which provides reduced-cost or even free IUDs to low-income teens, received an award earlier this year for cutting the state's teen birth rate by 40 percent. The program also saves taxpayers an estimated "$49 million to $111 million in Medicaid dollars per year in birth-related costs." So everyone wins. Except for maybe those parents who were really looking forward to being called Grammy and Pop-Pop before their daughters graduated from high school.

Bristol's also mad because she read somewhere -- on all of the "pro-life" websites that reach deep inside their butt cracks to find the most gasp-worthy science fiction "facts" for idiots like Bristol to consume -- that IUDs are "a controversial form of birth control that can have serious life-long side effects." The only controversy surrounding IUDs is that some people who are morons "sincerely believe" implanted contraception devices are actually abortions. We're not even going to ALL CAPS SCREAM A MOTHERFUCKING TORRENT OF EXPLETIVES JESUS GODDAMNED MOTHERFUCKING SHIT CHRIST JESUS FUCK about how abortions are legal, so even if that were true, there's nothing wrong with that. But it happens to not be true. Because -- say it with us, class, like we've taught you -- contraception prevents pregnancy, and abortion terminates pregnancy, so those are two entirely different things.

Also, contrary to Bristol and the rest of the "pro-life" blogosphere, no, not every 10-year-old in Washington is now running around with an IUD inside her, as Snopes tirelessly explains. But you probably already knew that.

As for life-long side effects of using birth control, well, Bristol's not wrong there. One of the life-long side effects of using birth control is being able to plan whether and when to have children instead of just saying oops! every time a baby mysteriously lands inside of your uterus because you don't understand how to make that not happen. This allows women to graduate from high school without their caps and gowns smelling like baby poo. It allows them to go to college and pursue careers, and we don't just mean as reality TV stars or spokesdicks for abstinence programs. Every single study ever done has shown women benefit greatly, physically and mentally, from delaying childbirth until after they're old enough to vote, as do the children they eventually have if and when they're ready.

Sure, if all states taught young girls how to avoid unintended pregnancy and offered easy and affordable access to the most effective types of birth control, that could really cut into Bristol's business opportunities to tell girls to just not fuck, since it worked so well for her. And we might have fewer teens ending up like Bristol Palin. But considering that Bristol herself described her most recent accidental pregnancy as a real bummer and a disappointment, that seems like a good thing.