Bristol Palin Shocked To Learn She Is A Idiot 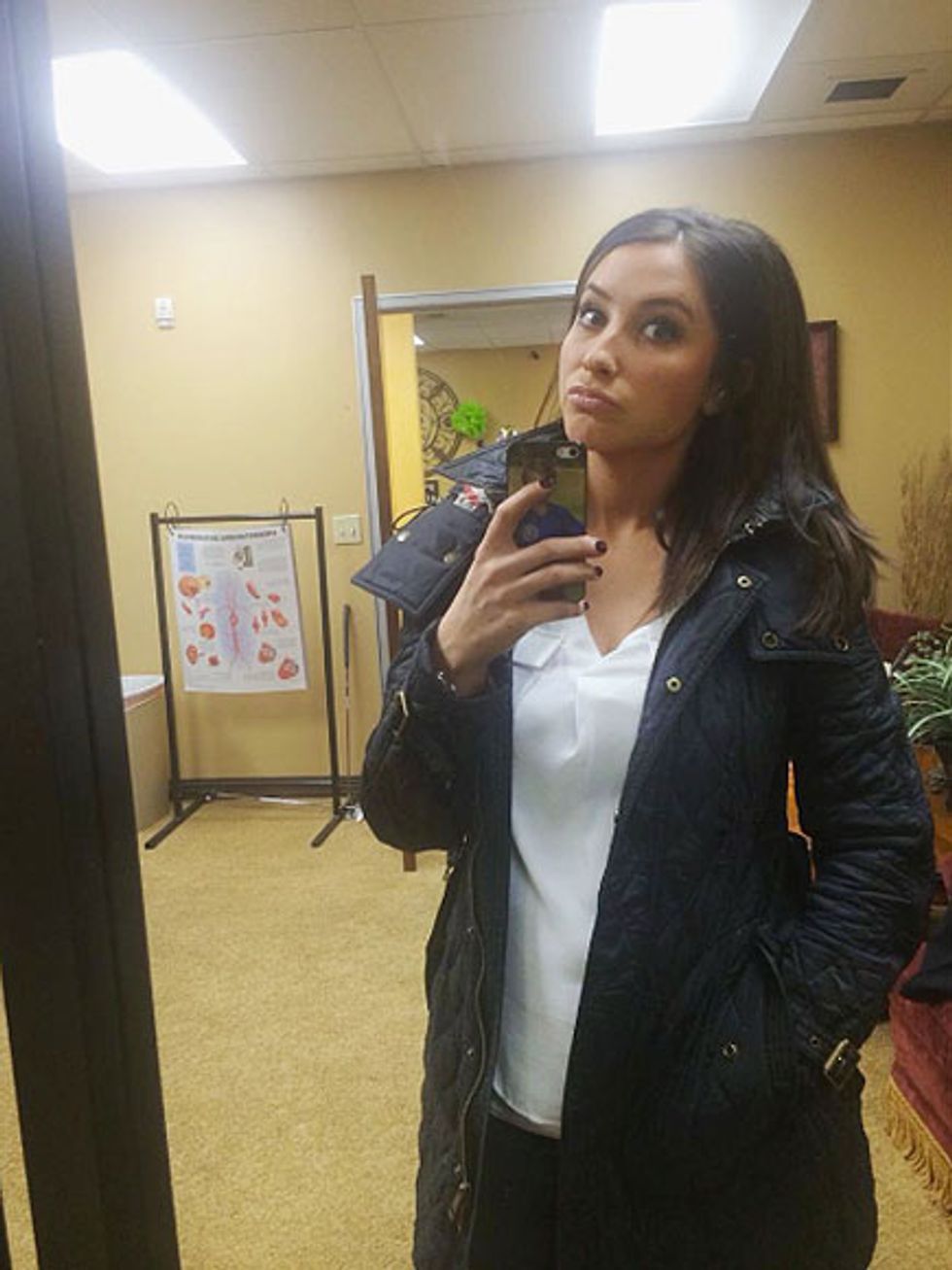 Portrait of the idiot in her natural surroundings.

Commenters, we need to ask you a question, and we PROMISE we will not get mad. Has somebody out there been doing some rogue, face-to-face guerilla Wonkette-ing? Because somebody marched right into the medical office where Bristol Palin works when she's not showing off her baby bump for money at abstinence conferences or poorly dancing on reality television, and said, RIGHT TO HER FACE, that she is A Idiot. And she was stunned! Why would this mean lady say such a true thing, right to her?

I took a patient back to an exam room, and set up for for a procedure the dr was about to do. (I promise I really do work a normal job, and have for a while.) I was making small talk with the patient while filing out notes… She asked how long I had been there. I told her around 6.5 years, but I had left for school, and done other short term “things” but always came back… She said she had never seen me there before. She goes on to say that she had heard “Bristol Palin had worked there,” and I just kind of laughed.  I didn’t say a word.  (I never do! DWTS/reality shows – that kind of stuff is so embarrassing for me!!!) Anyways, what was strange about this incident was that the patient continued. She then told me that, “it was a long time ago, when her mom was running. She didn’t work here long.” I still didn’t say a word.

She then tells me, “but Bristol Palin is such an idiot!”

I should’ve asked why she said that.

I’m sure she would’ve said something like, “well she’s such a whore” .. That’s all people can revert back to, you know?

OK, maybe it wasn't a rogue Wonker, because no Wonker would say "an idiot," as it is not house style. And we must quibble with the idea that calling Bristol a whore is "all people can revert back to, you know?" It's as if she doesn't even read Wonkette, that lazy ass. And honestly, as Wonkette is a Sex Positive Mommyblog, we would have NO PROBLEM with Bristol getting all the tail she wants, married or not, if she wasn't A HYPOCRITICAL ASSHOLE WHO SHILLS FOR ABSTINENCE AND JUDGES PEOPLE FOR BEING HOMOSEXXXY.

So Bristol looked right at that lady and said that was very mean, as she is pretty sure she is Bristol Palin and HOW RUDE! And then this happened:

Like I’m sure the biggest foot you could’ve ever put in your mouth just happened!!

Nope, definitely not a Wonker. A Wonker would never let her face go "white!!!" and "I'm sure the biggest foot you could've ever put in your mouth just happened!!" For one thing, Wonkers are literate people and wouldn't phrase their embarrassment in such a grammatically awkward way.

But, for Bristol's sake, we will use the scientific method to find out if, SCIENCE FACT, that lady is correct and Bristol is A Idiot.

Bristol is A Idiot and also a hypocritical asshole.

Now let's TEST that hypothesis, by picking out the Top Ten Most Recent Times Bristol Was A Idiot.

This is so easy, because all we have to do is go into the Wonk archives and see if we can find Bristol Saying A Smart. Let's go!

JESUS PALL-MALL-SMOKING CHRIST! And those are all from 2015! We didn't even have space to get into the Drunken Palin Family Brawl of 2014. Need more cases of Bristol Is A Idiot? Just click here!

We have learned that our hypothesis is 100 percent correct, that Bristol Palin is an unrestrained A Idiot, and also a hypocritical asshole. But we know that we are just one scientist and for this to REALLY be proven, we should submit it for peer review. Congratulations, Wonkers, you get to be our peers! Pore over our data and let us know if you scientifically agree that Bristol is A Idiot in the comments, which are (JUST THIS ONE TIME, FOR SCIENCE) briefly allowed.