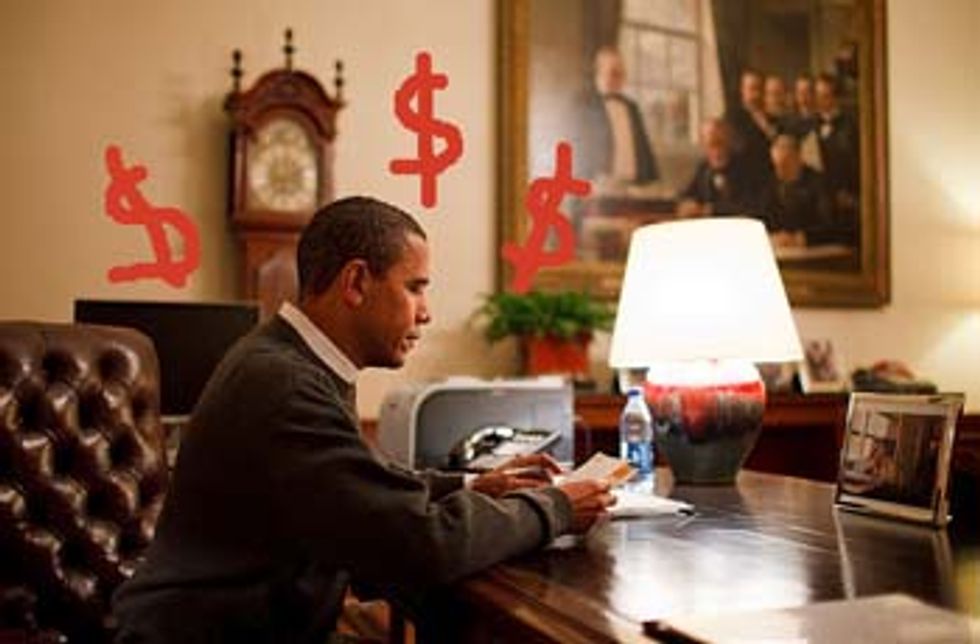 Here is your official notice that Hope and Change have perished from the earth, forever. A struggling young pregnant Indiana mother of three was fired from her job because ofpregnancy complications because that is how the market stays "efficient," so she is selling off a personal letter that Obama wrote her last November in order to avoid being evicted. This sounds like a better recession recovery plan than the current one! Obama can send everyone a handwritten letter promising them that their backbreaking poverty is just an illusion that will go away, which everyone can then sell and continue on with their poverty but without foregoing their cancer treatments.

Yes, that one happened too, from a different lady in Michigan who lost her health insurance. "I know times are tough," Obama wrote to this lady, "but knowing there are folks out there like you and your husband gives me confidence that things will keep getting better!" It's good that Obama thinks at least these people are going to improve the economy.

Destiny Mathis, a young woman in Indiana, reached out to President Obama for a sign of hope in tough economic times, and was initially thrilled to receive a handwritten reply from the president. Now, however, the same economic hardships that prompted her to write to Obama last November have prompted her to put up the letter for sale on an auction website--marking the ninth such sale of an Obama letter that the online auction service has handled.

Well, at least that's nine fewer people Obama owes anything to when they complain about their problems to him. [The Lookout]