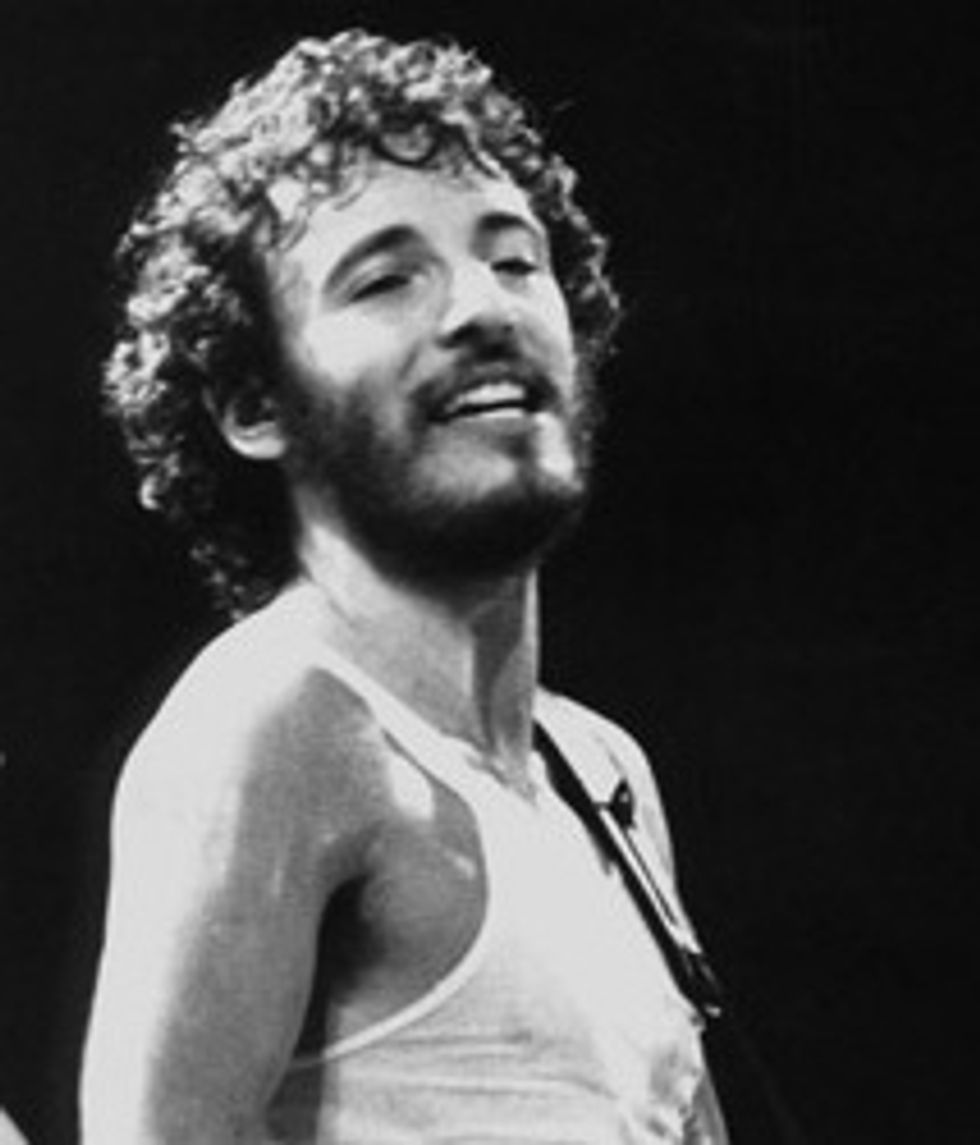 If there's one thing Democrats can count on, it's that New Jersey billionaire Bruce "He's The Boss" Springsteen will play lots of his songs for the presidential candidate, who will then lose the election. That's why Republicans are so excited about Springsteen playing a couple of songs at Obama's Acceptance Concert on Thursday.

According to the Rocky Mountain News, 1980s' hitmaker Bruce Springsteen will play two songs, just him and his plodding acoustic guitar, for a special part of Obama's acceptance program called "HOPE Takes a Nap." Then, or maybe before, briefly famous hair-rocker John Francis Bongiovi, Jr., will also play a song or two on an acoustic guitar, perhaps from the hit record "Slippery When Wet."

Springsteen has crushed many Democratic presidential hopes with his musical "help" in the campaign. He repeatedly showed up at John Kerry events, four years ago, and managed to hand another dreadful four years to Bush/Cheney.