Bryan Fischer Opines On Lady Gaga, Admits He May Be Turning Into a Gay 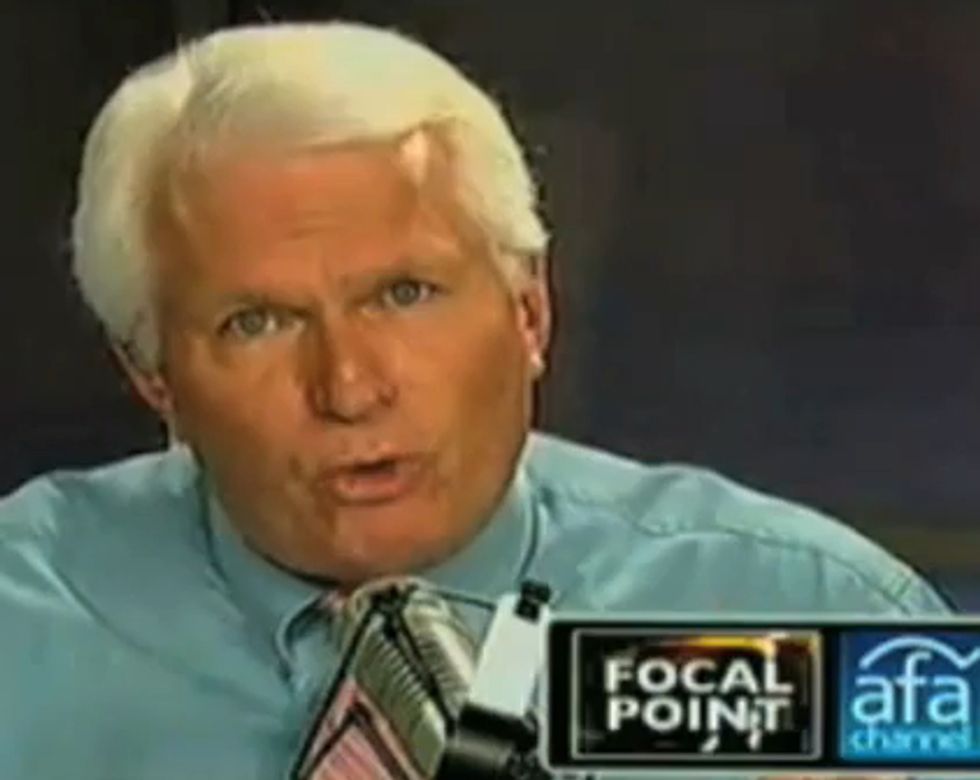 The 2012 Republican presidential field's favorite Jesus-band radio host, the American Family Association's Bryan Fischer, routinely professes to the world how disgusting gay people are, just in case people forgot and briefly thought he may enjoy penises being inserted into his rectum. Butthis latest column is a bit of a departure. He leads off with an opinion on whether Lady Gaga is original or merely a ripoff of Madonna, for one, which is not something everyday red-blooded American men usually talk about when they make pained conversation with one another after church. "Sexual orientation is fluid and is hardly a fixed, immovable thing," Fischer says now. Uh oh, gays. Is Bryan Fischer about to join your team? Have your sexy bodies turned him into an ex-straight?

Fischer's argument is that because he found a post by a lesbian on the blog Pam's House Blend about feeling attracted to a man, gays should not have rights.

She sheepishly admits that “I didn't intend to love this Marine,” and then ruefully acknowledges that “bisexuality happens, ok?” which is just another way of saying that even she has been forced to admit that sexual orientation is fluid and is hardly a fixed, immovable thing. She is living proof. [...]

We’ve often made the point that race is immutable but sexual orientation is not. We don’t know any ex-blacks, but we do know ex-gays. Now everybody who reads “Pam’s House Blend” knows one too.

Man, wouldn't it be great if we could make blacks white, though? Bryan gets excited just thinking about it!

Fischer thinks he has destroyed the gay rights movement with this "discovery" but doesn't realize the problem with saying "sexuality is fluid" is that it means straight men like him can suddenly want to have sex with a man at any second. He's got to be VERY CAREFUL not to let his fluid mind start wanting to suck cocks.

Even Lady Gaga is perpetuating the myth with her new song, “Born This Way,” which is receiving notorious attention mostly for being a blatant rip-off of the Madonna song “Express Yourself.”

Bryan Fischer's opinions of the world are now dictated by his interpretation of Lady Gaga and Madonna music. No, this cold-hearted bigot not starting to turn gay. Why would you ever think that? [AFA]