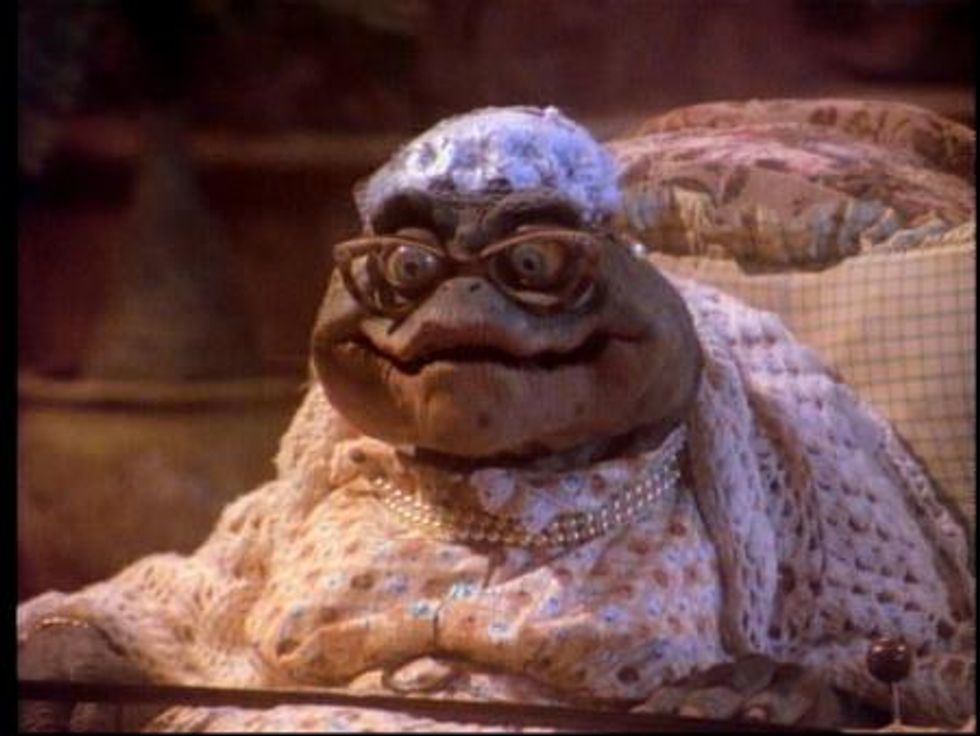 Whatcha doin', Bryan Fischer? Solving science and convincing Wonkette that we have been completely wrong about this whole fundamentalist Christian thing, and just in time for the birth of Our Lord And Savior Baby Jesus, and also the afterbirth? Because you've done it. Upon the New Year, Wonket will be begging to make blog sex words at the American Family Association, because of what Bryan Fischer dun taught us right here:

Reptiles continue to grow until they die. So, you think about the pre-Flood earth. I mean, you got people livin' 969 years. No reason to doubt that, ladies and gentlemen, do not doubt this book. Methuselah, 969 years he lived. So longevity obviously for all living things was much greater before the flood. So you think about a lizard, I mean here's a lizard livin' for 200 years, what if you had this same lizard livin' for 1,000 years, continuing to go? You imagine the size that he would be? [...]

SOLD! Now since Bryan Fischer is SCIENCING HARD on our asses, and since you are all gaysexual heathens, let us translate this into Wonkese:

Once upon a time, there were some 1,000-year-old lizards -- and NO, Kaili smart-assing in the chatcave, God did not "born them old." They started out as little itty bitty teeny weeny lizards in the Garden of Eden. This is why there is no part of the Genesis story where Eve says, "Get away from me, serpent of Satan, Adam and I are doing chicken-fights on our giant lizard pets right now!" No, they were very small at the time, you see.

But by the fourth or fifth Netflix season of Bible, all the people and all the living creatures that lived forever were 1,000 years old, including Methuselah, 'cept how he died at 969 like SOME KIND OF PUSSY. But all the non-lizard people and cats and dogs were normal size, just real old, and oh they were also fags and lezzies, because Eve ate some fruit like a common whore and this led to #sin.

Anyway, one day, God was looking upon His creation and said, "Whoa look at those big grandma and grandpa lizards and those tiny people! What homos!" He said this because they were all buttfucking. So He said to His friend Noah, "Hey, build a boat but not for those gay lizard senior citizens," because He was planning to make them extinct very soon.

So Noah builded a boat and his fambly and some otters and chickens and kitty cats got to go on the boat, and it rained and rained, but Noah's posse survived, while the giant sodomite lizards all drowned. Now, you might think lizards are waterproof, but not these lizards, because they were Olds, which meant they had walkers and shuffleboard equipment, which sank to the bottom of the ocean.

Three Netflix seasons later in Bible, baby Jesus was bornded, and that is the story of Christmas.