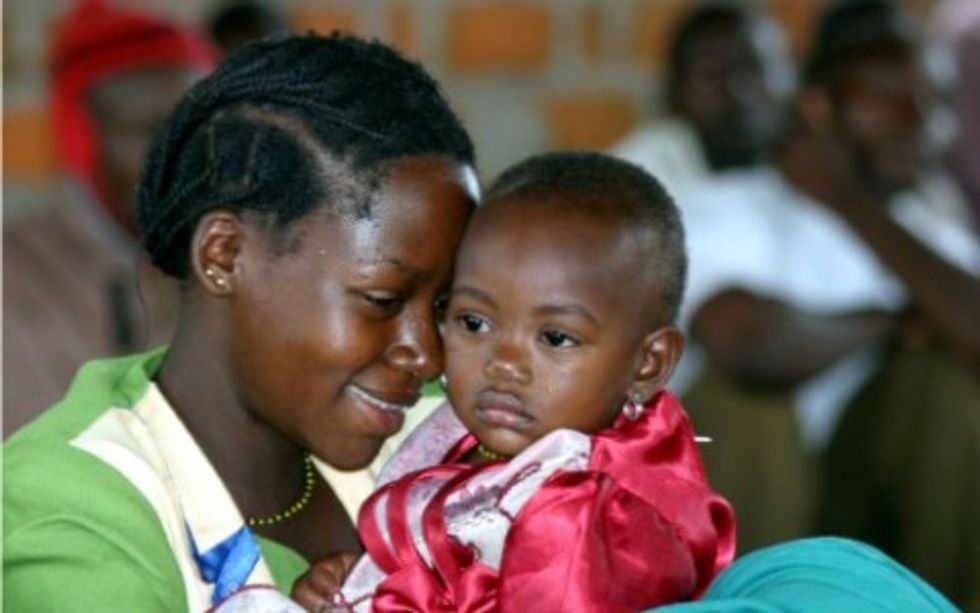 Three hundred-ish people died on the Malaysian Airlines flight shot down over the Ukraine yesterday. A good number of them were on their way to Australia for an AIDS research conference. Some were activists;many were doctors and scientists. And many people aboard the plane had nothing to do with AIDS or buttsechs or teh gay at all. But wouldn't you know it, that did not stop the "president," Barack Hussein Obuttma, from "politicizing it" by saying words with his mouth about it. DAMN YOU OBAMA.

Luckily, the American Family Association's Bryan Fischer is here to pack 87 distinctly grotesque "thoughts" into just one little tweet. How did he manage to cram so much in there? We are guessing "lube and patience."

First, we would just like to note for the record that Joep Lange, who was on his way to the conference, had

been involved in HIV research and treatment since 1983. He worked in particular on pivotal trials in antiretroviral therapy and on the prevention of mother-to-child transmission of HIV.

He was on the board of many HIV-related foundations and was the founder and editor-in-chief of the journal Antiviral Therapy. He also published more than 350 papers in peer-reviewed journals.

From 1992 until 1995, Lange worked globally as a chief of the World Health Organization’s program that worked on AIDS projects. He pushed the program to promote and initiate prevention, diagnosis, and treatment projects throughout the world. His projects continue in many countries, including Argentina, Brazil, Ivory Coast, Mexico, Tanzania, Thailand, Uganda, Uruguay, and Venezuela.

You know who doesn't have AIDS? Our son, whose first mom died of it but who took AZT while he was in her stomach, 20 years ago. We don't know how much of our thanks should go specifically to Lange, but we'll be remembering him today. We might even light a Jahrzeit candle, like a common pagan. (We know, it's not the Jahrzeit. Our dad never stood on ceremony with it, because rules are for pussies.)

Thanks Joep Lange. Now let's move on. How is the "president" politicizing the death of AIDS researchers today? Did he say John Boehner shot down the plane? Because that would be terrible, if he said that. Did he say "Vote Democrat" while jerking off Reggie Love? (Obviously, yes.) Let's go to the tape:

Let me close by making one additional comment. On board Malaysian Airlines Flight MH-17 there were apparently near 100 researchers and advocates traveling to an international conference in Australia dedicated to combating AIDS/HIV. These were men and women who had dedicated their own lives to saving the lives of others, and they were taken from us in a senseless act of violence.

In this world today we shouldn't forget that in the midst of conflict and killing, there are people like these, people who are focused on what can be built rather than what can be destroyed, people who are focused on how they can help people that they've never met, people that define themselves not by what makes them different from other people but by the humanity that we hold in common. It's important for us to lift them up and to affirm their lives. And it's time for us to heed their example.

In conclusion, Bryan Fischer wants a fist in his bottom, and his face, the end.