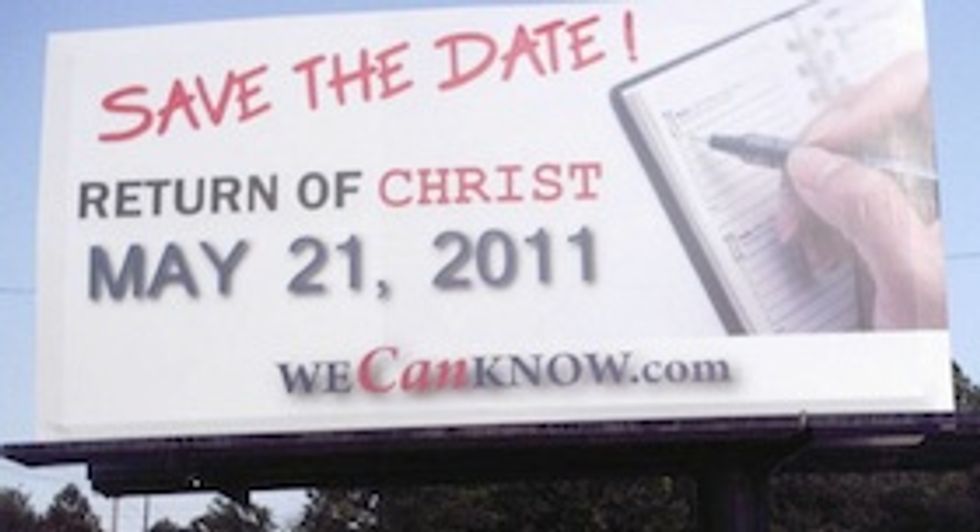 America's Republican politicianshate the government and they especially hate government buildings such as public schools and firehouses and the U.S. Capitol, and the House GOP majority is dedicated to the slashing of every single government expenditure. And that's why (?) the House will soon vote on a very important bill to make "In God We Trust" America's official official motto, to "encourage the public display of the motto in all public buildings, public schools and government institutions." See, "In God We Trust" was already turned into America's "official motto" by anti-commie wingnuts in the House of Representatives way back in 1956 -- a time when Washington's wingnuts were fighting on all fronts, against black children trying to go to public schools and movie writers who believed in socialism and zombie comic books and black ladies having the nerve to want to sit down in whatever empty seat on the bus. Now, 55 years later, the intellectual descendants of institutional racism and commie hysteria want to affirm this moment of pandering to the far-right religious nuts.

Congressman J. Randy Forbes (R-VA), the founder and chairman of the Congressional Prayer Caucus, sponsored the legislation. It would encourage the public display of the motto in all public buildings, public schools and government institutions.

He said he introduced the bill in January because he was troubled by a pattern of omitting God from the nation's heritage.

Anyway, huzzah for using American Tax Dollars to plaster some bullshit religious platitude on the same government buildings the GOP is simultaneously trying to sell off and close down. [Raw Story]