Bush And McCain Look At Floods In Iowa, While Actively Avoiding Each Other 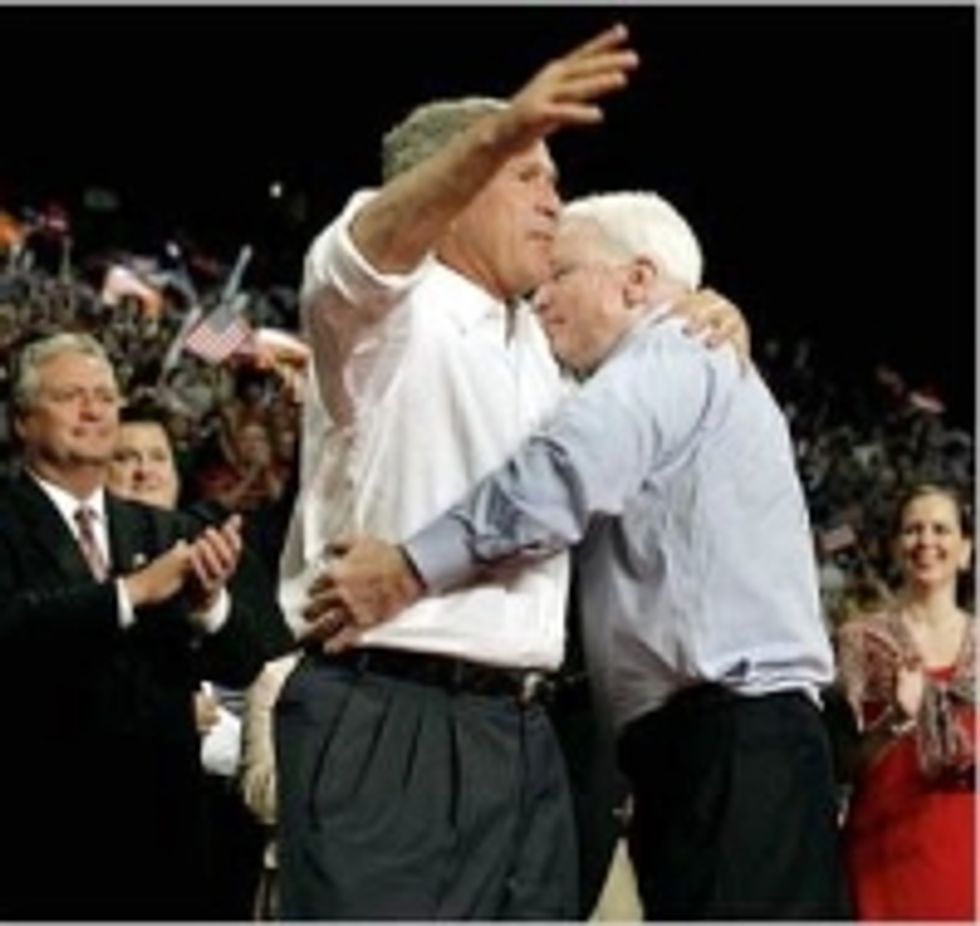 Like a full goddamn week after Jesus flooded the entirety of Iowa, President George W. Bush will travel to our heartland to view the devastation today, and he will patriotically not play golf. But there's a problem for the Republicans here: John McCain will also be looking at floods in Iowa today. Shit! You see, it's extremely important to John McCain's reputation as a Maverick Independent Hero that he not look at flooded homes with the president, because of Iraq. Alas, the McCain campaignfears that its flood-navigating canoes might intersect with Bush's flood-navigating canoes, in Iowa, and the resulting paddle-splash sea battle will give Obama the White House.

It seems that they have multiple cities in this "Iowa," which should lessen the chance of a disastrous encounter:

Schedules from the McCain campaign and the White House this morning show that both John McCain and President Bush will descend on Iowa at the same time, but in three different cities. Mr. McCain is set to arrive in Columbus Junction at noon Central time. Mr. Bush is to be in Cedar Rapids shortly before noon and in Iowa City, some 35 miles from Columbus Junction, a little after 1 p.m.

Maybe the McCain campaign isn't so worried about meeting up with Bush after all. Maybe they just want to cover more (of the same) ground, at different times!

The McCain campaign said that it was not trying to step on Mr. Bush’s trip and that the two men’s paths would not cross. “We’re not going within 30 miles of the city he’s in,’’ said Charles Black, one of Mr. McCain’s senior advisers.

The reporter then cut off Black and told him to turn around, because George W. Bush had been holding bunny ears over Black's head for the entire interview.