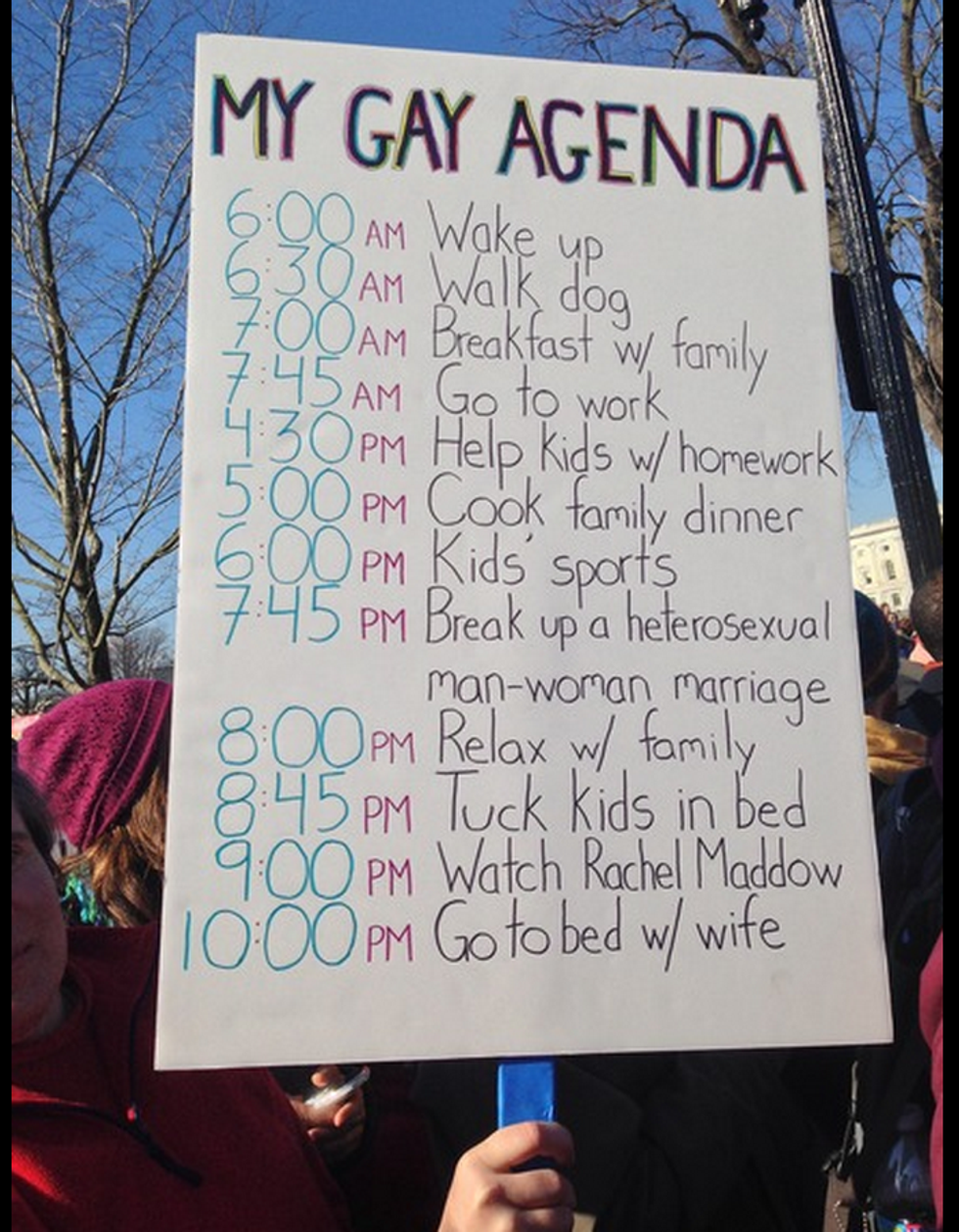 Hey, remember back in the day when hipster icon George W. Bush wanted to have a Constitutional Amendment prohibiting gay marriage? Apparently, 'trickle-down bigotry' works way better than 'trickle-down economics,' because White House lawyer Scott Bloch wanted to be like the Pied Piper, except rather than ridding the city of rats, he wanted to rid it of teh ghey, via Business Insider:

A federal investigation has revealed that a lawyer who headed the Office of Special Counsel (OSP) in the George W. Bush administration allegedly disliked gay workers so much that he tried to "ship" them to a new office in Detroit.

Lawyering is a tough business, and you never know when you'll be nekkid and slip and fall butt-first on a gay penis and then become gay, so Scott was just being overly cautious.

If you are thinking that the name Scott Bloch sounds familiar, it is because he has been a Grade-A Douchenozzle for a long long time. Congress was looking into Scott's actions, and just at that moment his computer became magically infected with a virus (maybe the gay AIDS?), so he ignored his internal IT department and hired an outside group to do a "seven-layer sweep" of his computer that Whoopsie! deleted all his emails so that no one could read his (alleged) anti-gay ranting or any other (allegedly) nefarious activity.

Anyway, Bloch really really didn't like the gays, according to Richard Trefry, a government contractor:

Trefry told the investigative team that Mr. Bloch spoke with him in detail about the way in which he intended to "ship out" homosexual employees. [He] indicated that Mr. Bloch stated that his plan was to create a new OSC field office in Detroit, Michigan and assign to it the homosexual employees, along with others who he (Bloch) viewed as exerting a negative influence on the agency.

No explanation was given as to why Detroit was chosen as the place for exile. We figure either he was a big Robocop fan, or he knew that the trees were just the right height.

In addition to a little bigotry, Bloch wanted to sprinkle in a little religious favoritism as well, because why not.  According to this latest report, he gave his employees Good Friday off, because that is not at all an endorsement of any particular religion by the government. Just to be fair, he also gave people Passover off... oh wait, we got that last part wrong. He scheduled a mandatory meeting in the middle of Passover, because if you want your religious holidays off, you need to be practicing the One True Religion. And that One True Religion practices its freedom by shipping gays far away from yourself, and anyone that says otherwise is persecuting your religious freedoms, because CONSTITUTION.

In sum, Scott Bloch is a peach. A sour, criminal, bigoted asshole of a peach.

[Business Insider via The Blog of Legal Times]