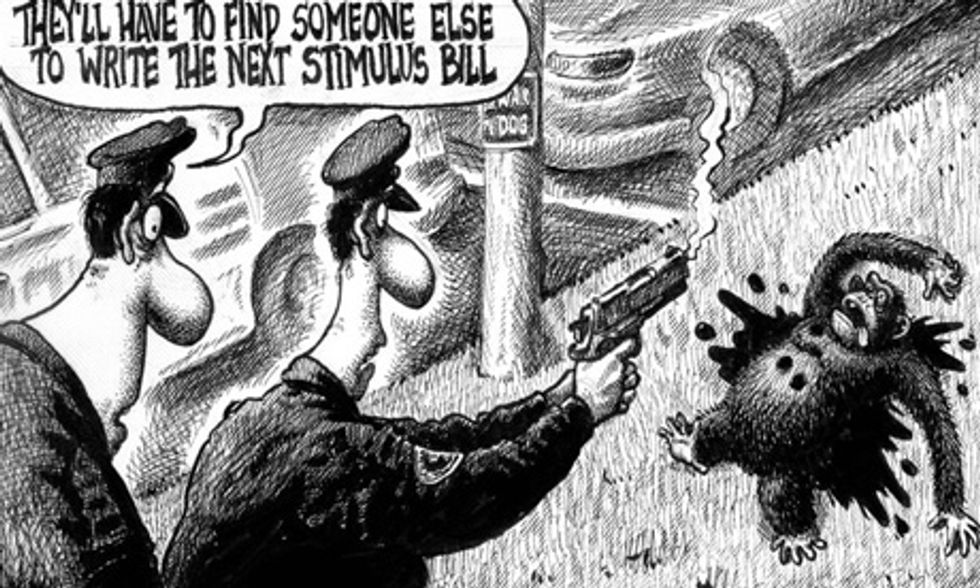 Yes, yes, the angry white bitters are pretty racist, surprise, and this impotent minority is just going to fume in the ugliest possible way for the next eight/twelve years, and it gets dull being outraged by the same dumb trash, but this cartoon was not scrawled on the back of a Cheetos box and submitted to World Net Daily, by mail -- this was in a major metropolitan daily in New York City. Ugh. [Guardian]