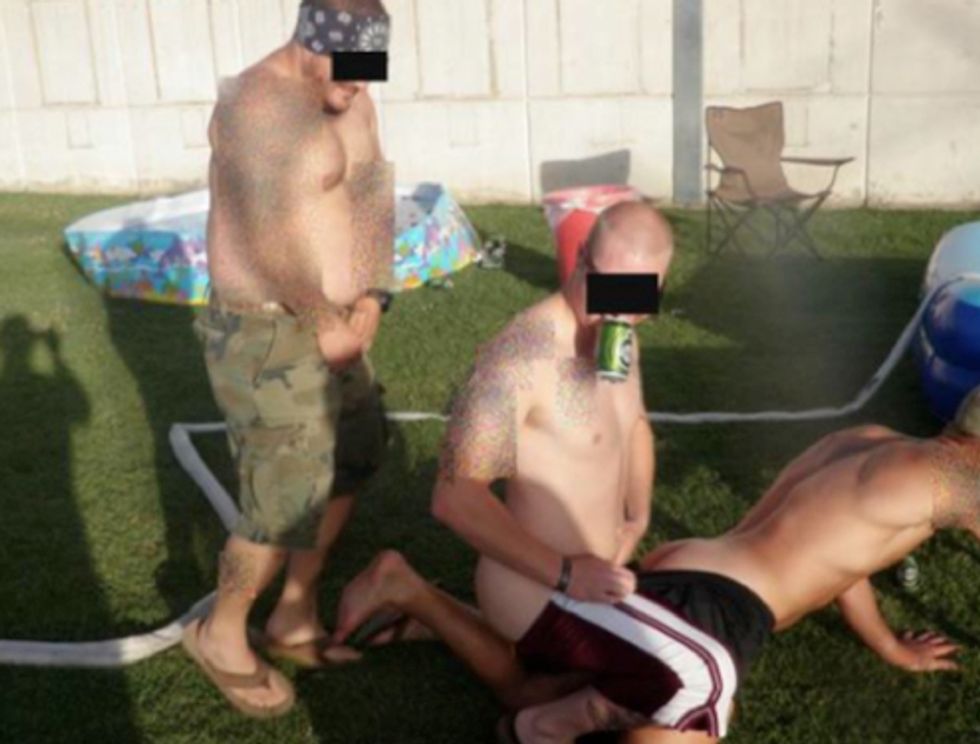 It's more better news for the American national interest! You may remember the above devils fromearlier this year, from the ArmorGroup North America mercenary firm operating in Kabul, where they were protecting the United States embassy under a 5-year $189 million contract. These bros weren't doing so much "guarding" as they were drinking poop-tinted vodka from each other's butts using each other's poop as "salsa" for their potato chips, as well as wandering around Kabul naked with assault weapons. Now that contract has been canceled, and we're sure the folks from the replacement contracting firm will be real gentlemen. [Mother Jones]